These ‘Wonder Girls’ Are Transforming Our World

Talk about inspirational, this book should be on every girl’s reading list. 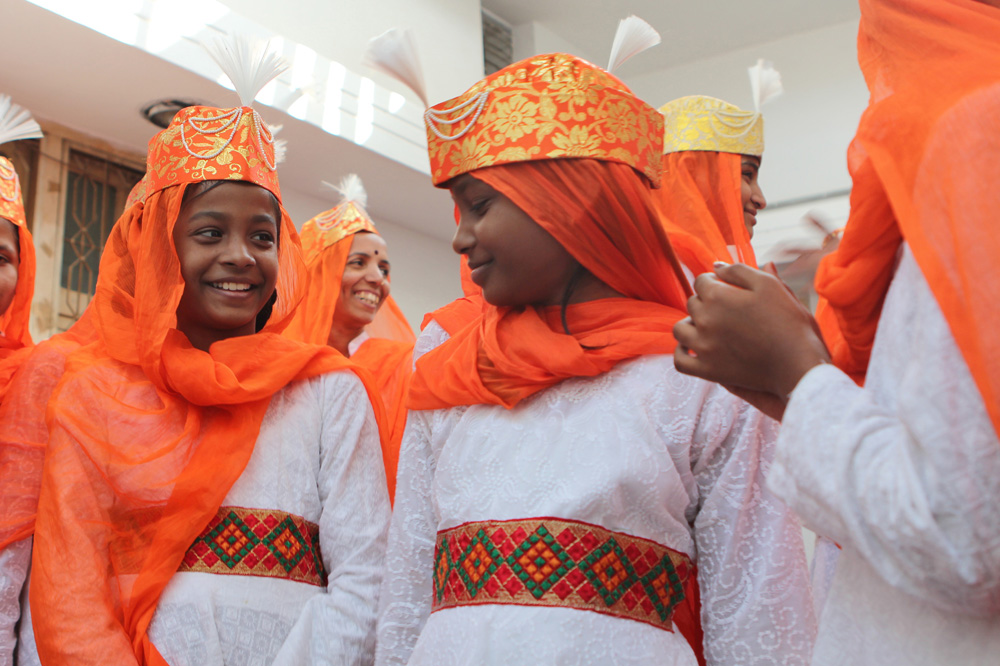 Young females are passionately but peacefully making a difference around the world. The first to probably come to mind is Pakistani Malala Yousafzai, the youngest Nobel Peace Prize recipient, who was shot by Taliban gunmen for speaking up for the right for girls to be educated. American Olivia Bouler, the environmental activist who spreads messages about saving the planet via creative means, is another impressive young female fighting for a cause. So is Grace Li, a Chinese-American dedicated to helping youth around the world recover after natural disasters via the We Care Act, a non-profit organisation she co-founded with her siblings. 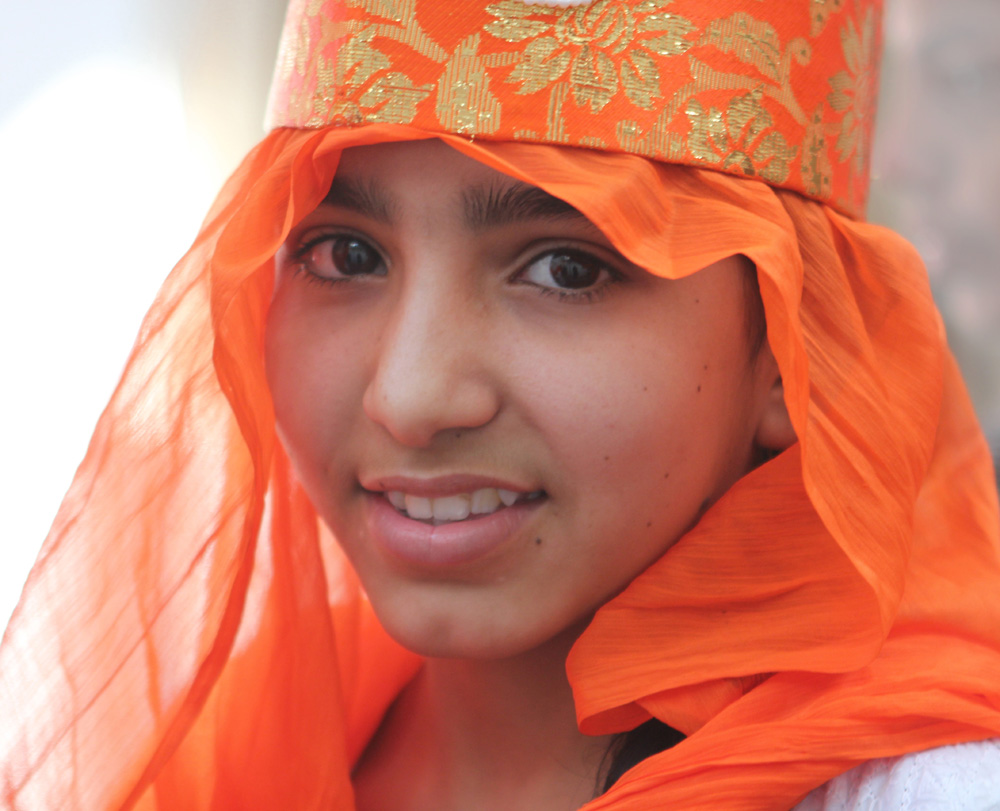 Girls who meet at the Shaheen Women’s Resource Center in Old City, Hyderabad, India dare to sing, even though it’s considered culturally unacceptable. Soon, they will record a CD, a paean to girls’ freedom that defies institutional, family, and community discrimination.

Then there are the young (some only 10 years old) female campaigners working with the belief there’s strength in numbers. The unyielding youngsters and teenagers are banding together in girl-led groups to transform the world with a blend of energy, intelligence, creativity, confidence, determination and dreams, to make a difference in their communities. And a new book, “Wonder Girls: Changing Our World” is the first to document these groups directed by female youth. Written by Paola Gianturco, the book features 15 girl groups tackling challenges like improving health, education, gender equality, child marriages, domestic violence, child trafficking and war in 13 countries around the globe. 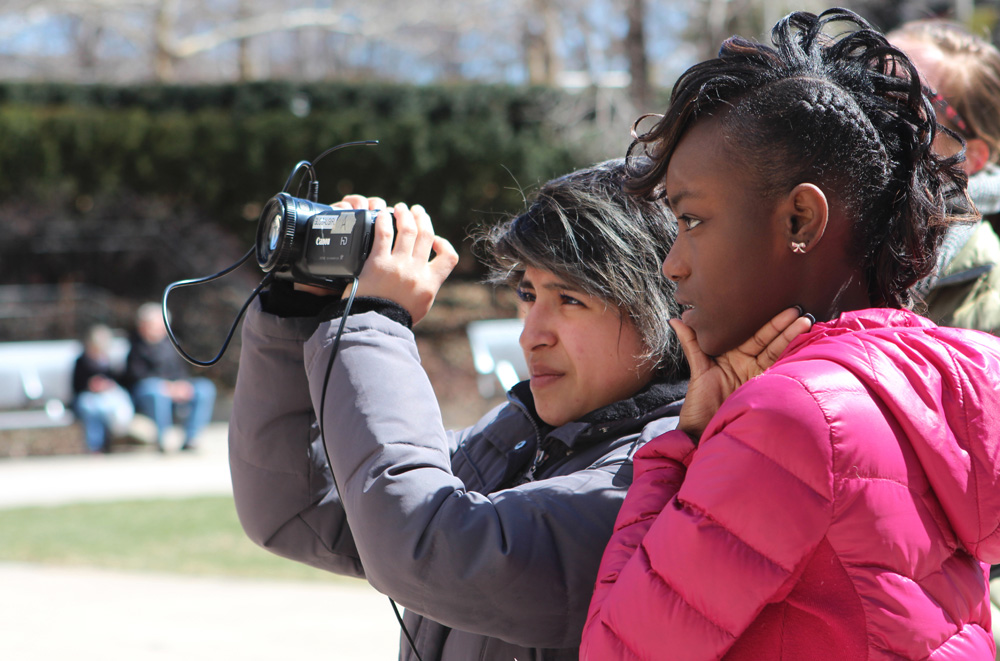 “I have learned that when women and girls are heard, they recognize their own strength. And when they understand each other more completely, they collaborate to catalyze positive change that will affect them, their families, communities countries, and our world,” the noted author and photographer says in the introduction. 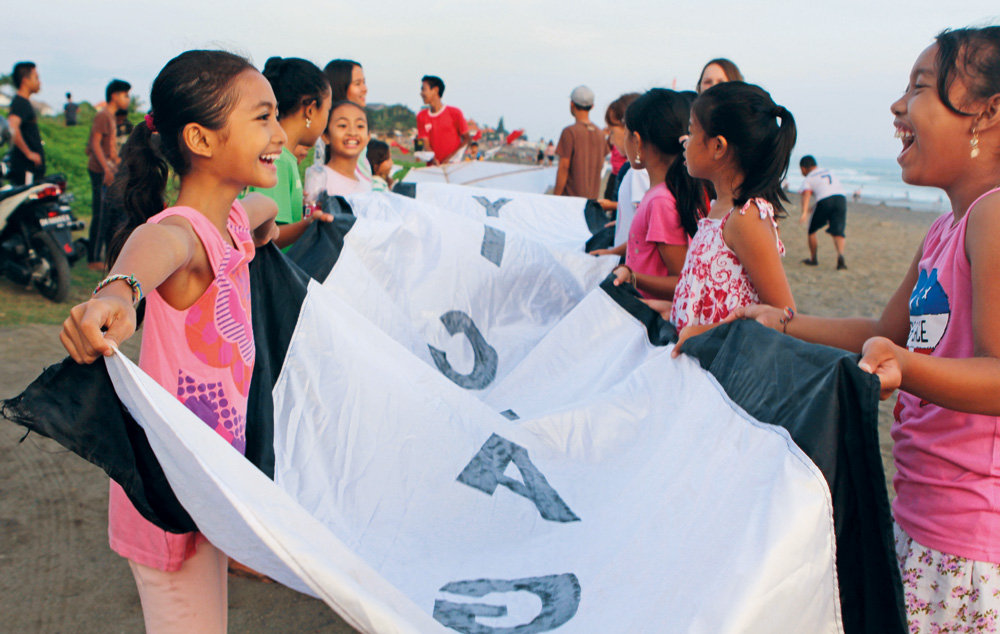 Balinese children, members of Bye Bye Plastic Bags (which was organised by two sisters, age 10 and 12) are convincing tourists and locals to stop using plastic bags, since plastic debris is destroying the idyllic island environment. Here, the children fly their signature kite on a local beach to attract attention to their cause.

The book is a tool to help these fearless girls accomplish their important work, whether it’s lobbying U.S. senators, inventing mobile phone apps to solve social problems in Mexico or convincing Parliament in Malawi to outlaw child marriage. As well as exerting international pressure, like the Ugandan girls advocating for girls' rights at a UN meeting, some use creative means like writing blogs and poetry, producing radio shows and videos and inventing dances and songs to promote their causes. 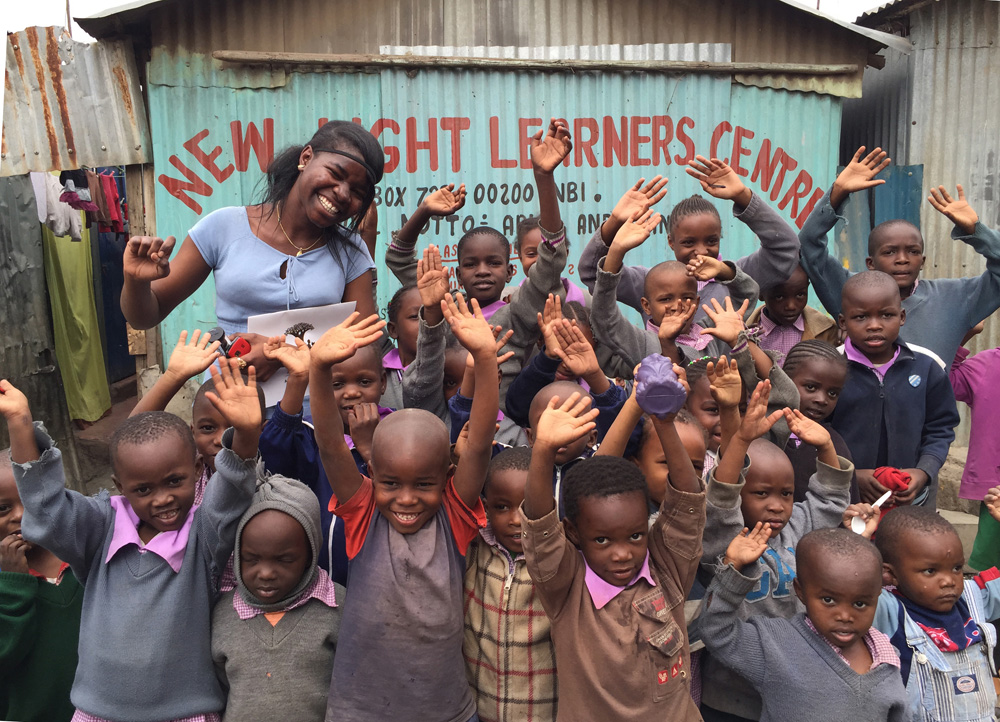 Akili Dada’s high school scholarship winners in Kenya are also Young Changemakers who, on school breaks, mobilise people in their home communities to identify— and work together to solve—local problems. One girl launched a children’s library in the Nairobi slum where she grew up.

For “Wonder Girls,” Gianturco teamed up with her granddaughter Alex Sangster, an up-and-coming author and photographer, who wrote the sections titled “How You Can Change Our World” in each chapter of this book. Together, they interviewed and photographed 102 girls, noting their unique perspectives. The book also has a forward by Musimbi Kanyoro, President and CEO of The Global Fund for Women. Gianturco, who has been a guest on CNN, NPR and programmes like “The Oprah Winfrey Show,” will give 100 percent of her royalties from “Wonder Girls” to The Global Fund for Women to benefit grassroots groups of activist girls and women around the world. 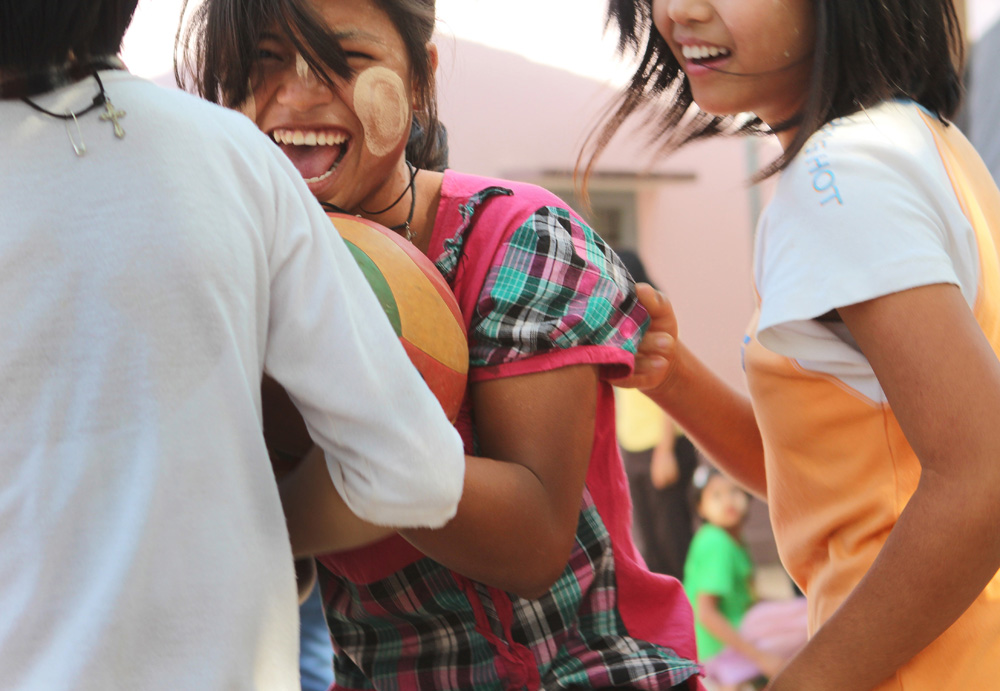 Traditionally, girls in Myanmar are not supposed to wear pants or play sports. After the landmark 2015 election, the Colorful Girls began challenging those constraints. Here, they play a bank-sponsored ball game that teaches financial literacy. 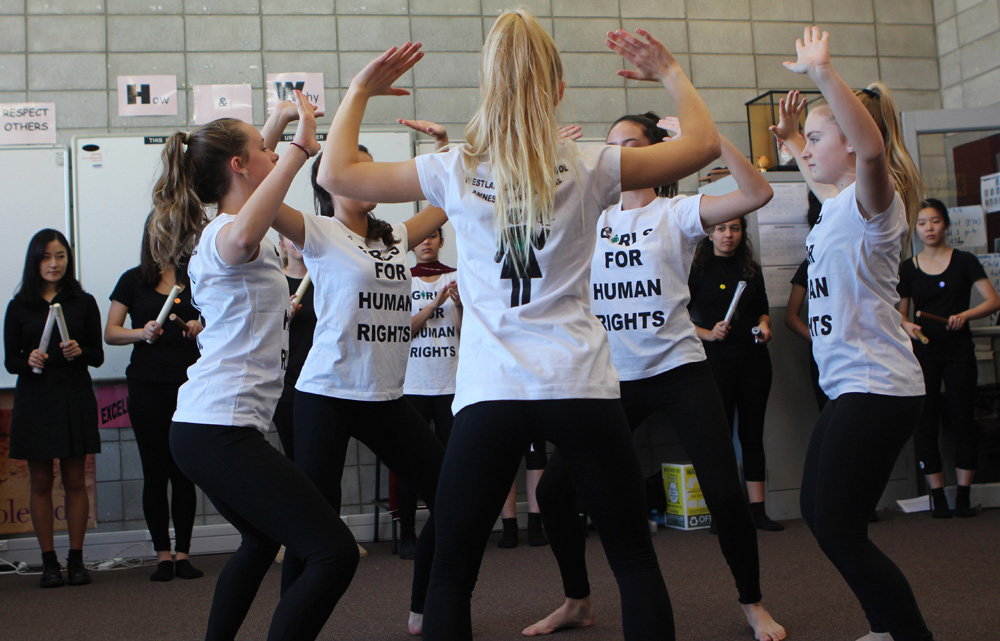 “Wonder Girls” is the latest book in a triptych by Gianturco, with “Women who Light the Dark” and  “Grandmother Power: A Global Phenomenon” being the other two titles. In all, the American has documented women’s issues in 62 countries and all her six books on these topics have been published by powerHouse Books. 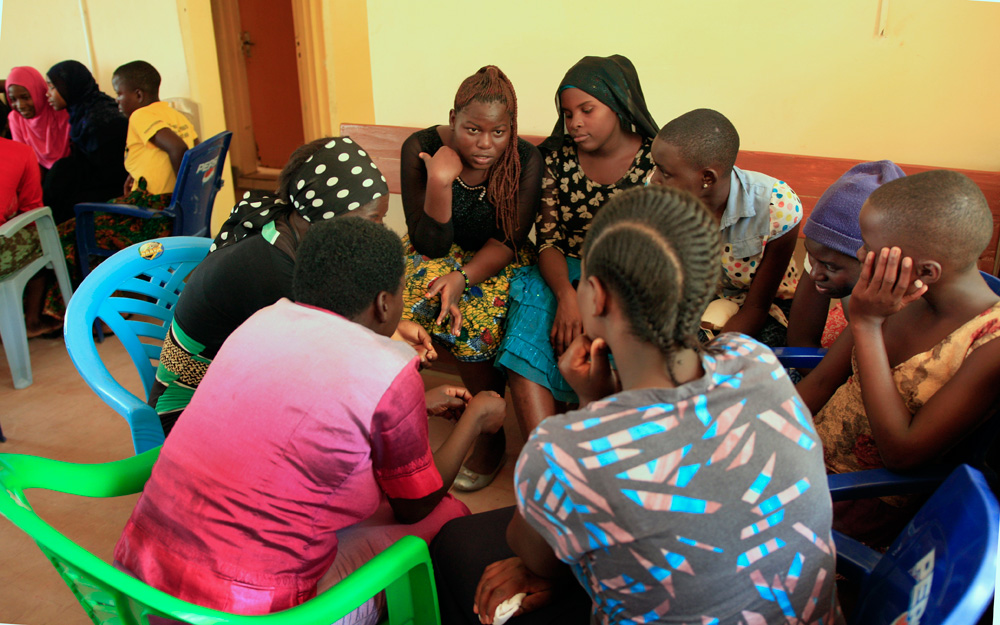 In Tanzania, the NGO WoteSawa includes 300 child domestic workers (some recruited into labour slavery as early as age six) who collaborate to change policy and practice by educating employers, parents, and government officials to ensure the girls’ fair treatment and legal rights. 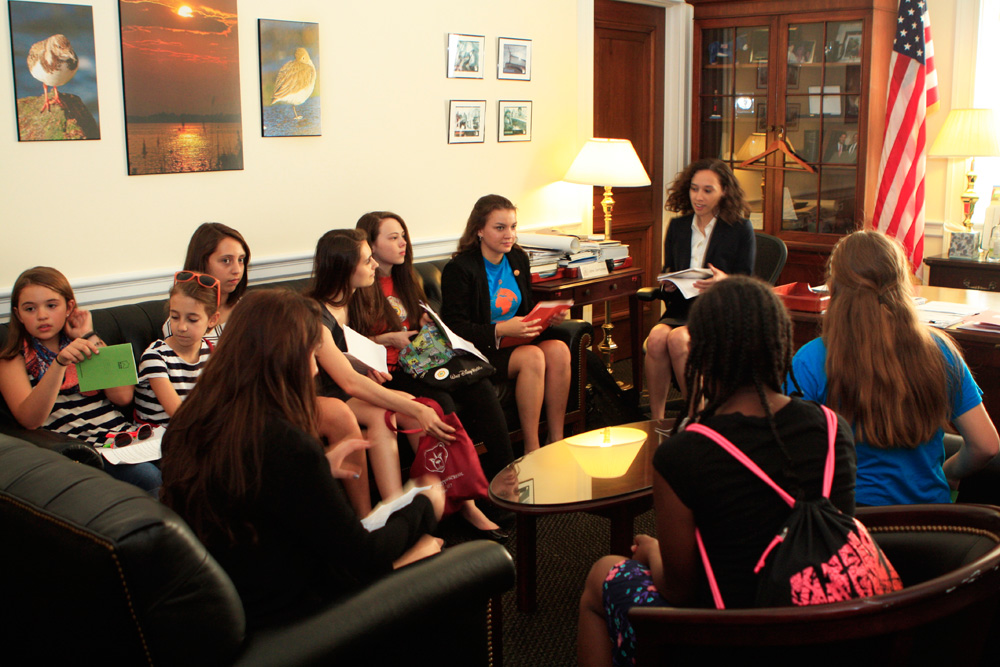 Members of School Girls Unite lobby members of the United States congress to encourage support for policies that promote universal girls’ education. Here, they meet with Congressman John Sarbanes’s Aide for Education, and urge his participation in the International Basic Education Caucus. 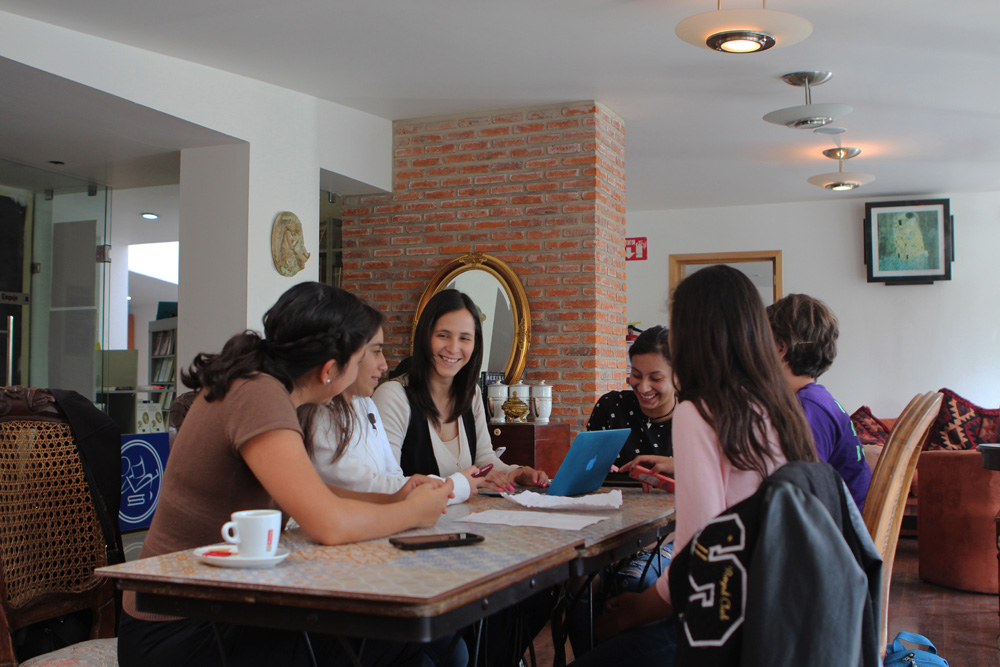 The Technovation Challenge is an international competition among middle and high school girls in 87 countries, who create a mobile phone app to solve a social problems and the business plan to market it. This team from Guadalajara won the middle school finals in 2015 with an app to stop child obesity.