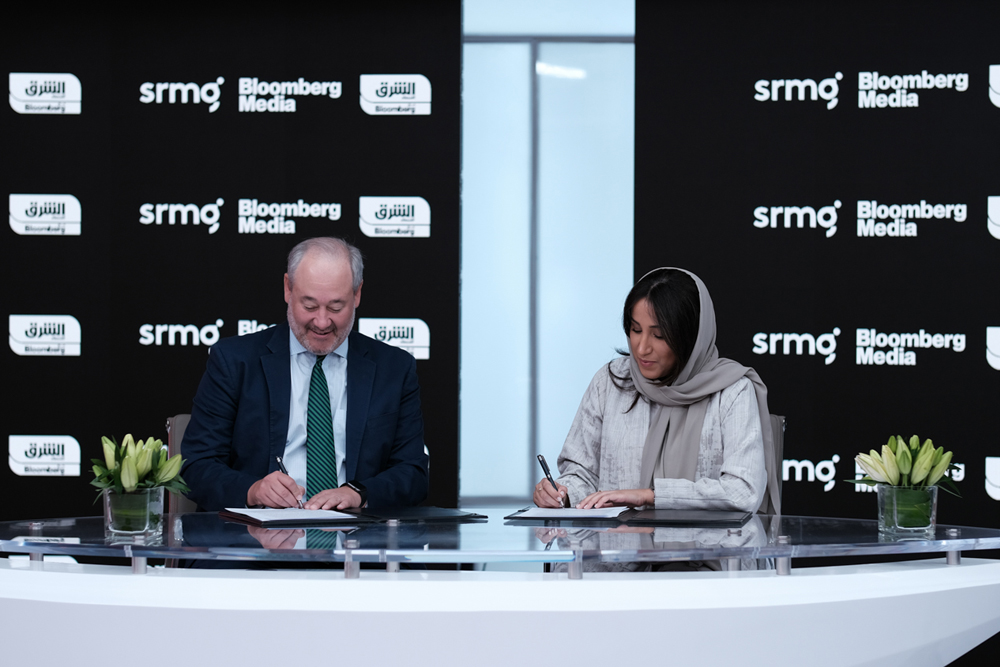 SRMG, the region’s largest media group, and Bloomberg Media have expanded their agreement with the launch of Asharq Quicktake, the Arabic edition of the Quicktake streaming news platform. Additionally, the Bloomberg Invest summit will be held for the first time in the Kingdom of Saudi Arabia in October 2023. The event will bring together influential figures in global investing. Further details on the agenda will be announced in the upcoming months.

The Asharq Quicktake platform will cover prominent international news, with a focus on business supported by Bloomberg’s data-driven business news. The new platform, which is targeted at youth and Arabic-speaking audiences across the Middle East and beyond, provides new offerings including original documentaries, news programs, data visualization and live coverage of global events in addition to translated original content from Bloomberg Quicktake.

The new addition to the Asharq Network will feature updates on the most important global and regional topics, while Asharq Business with Bloomberg will continue to cover in-depth financial and business news. In line with SRMG’s transformation strategy, the new online and social platform- which will be available on the Asharq Business with Bloomberg platform– will allow audiences to experience news in innovative formats, when and where they want it.

Jomana R. al Rashid, CEO of SRMG, said: “Our latest collaboration with Bloomberg Media builds on our successful venture - Asharq Business with Bloomberg - and demonstrates our vision to attract the best global platforms to the MENA region - enabling our youth audiences to gain access to high-quality premium content, information and analysis in the format that suits them. Asharq Quicktake is representative of our vision and is designed to provide innovative and rich content across multiple platforms.”

The latest announcement is an extension of the agreement between SRMG and Bloomberg Media, which included the launch of Asharq Business with Bloomberg- a platform providing curated news and analysis on the economy, markets, and companies in the Middle East for Arabic speaking audiences.

Launched in November 2020, Asharq Network is a 24/7 multiplatform Arabic news network with reach across the Arab world and beyond under SRMG’s portfolio.