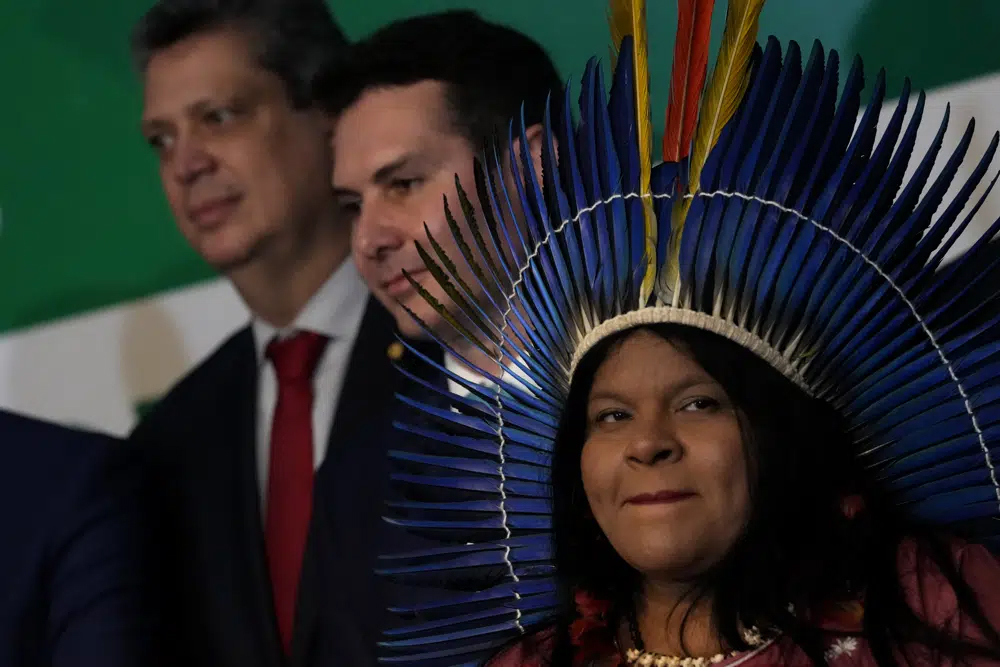 Guajajara was elected to Congress in October. She is widely known as the leader of the main umbrella group for Brazil’s many Indigenous tribes and is a member of the Amazon Guajajara. This year she made Time Magazine’s annual list of the world’s 100 most influential people.

“This is more than a personal achievement,” Guajajara said. “It is a collective achievement of the Indigenous peoples, a historic moment of reparation in Brazil.” The creation of the ministry is “a confirmation of Lula’s commitment to us,” she said in a tweet.

Lula promised to create the Indigenous cabinet department during his presidential campaign. On Jan. 1 he returns to power, having previously governed Brazil from 2003 to 2010. The appointment of Guajajara to such a post marks a 180 degree turn from Brazil’s current government. Outgoing president Jair Bolsonaro, defeated in October, is an opponent of Indigenous rights and land with a record of racist statements. In 1998, when he was still a fringe lawmaker, he spoke in Brazil’s Congress praising the U.S. Cavalry for having “decimated its Indians” and regretted Brazil had not done the same.

Bolsonaro’s promises to develop the Amazon and his defanging of environmental law enforcement led to a surge of illegal loggers, miners and land robbers into Native territory in Brazil. According to local Indigenous organizations, some 20,000 illegal gold miners now operate illegally in Yanomami tribal territory alone.

Guajajara fiercely opposed attempts to legalize these policies, and that opposition was largely successful. She also experienced the murders in 2019 and 2020 of five fellow tribe members who fought against illegal loggers.

After the official announcement of her appointment and 15 others in the capital of Brasilia Thursday, several Indigenous organizations, among them the Coordination of the Indigenous Organizations of the Brazilian Amazon, congratulated her in social media for the nomination. 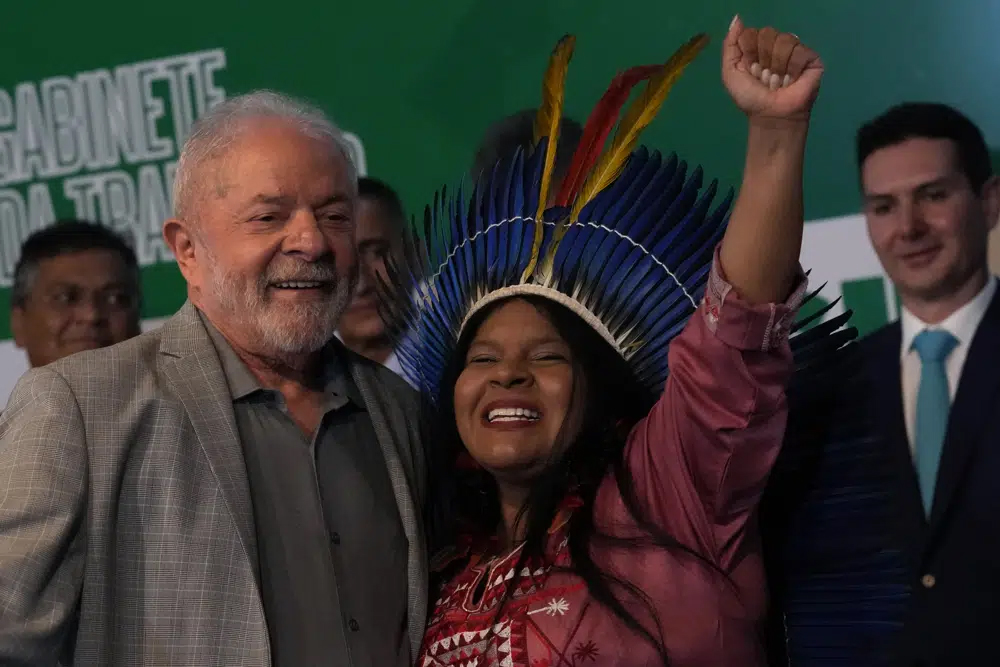 An organization of officials who work in Indigenous affairs also congratulated the future minister and the Indigenous social movement in general for the nomination.

The lands where Brazil’s Indigenous peoples live constitute one of the world’s most important carbon sinks. The Amazon rainforest acts as a buffer against climate change by absorbing large amounts of carbon dioxide.

About 13% of Brazil’s territory is demarcated as Indigenous areas, roughly the size of Colombia. Most of it is in the Amazon and covered by tropical rainforest.