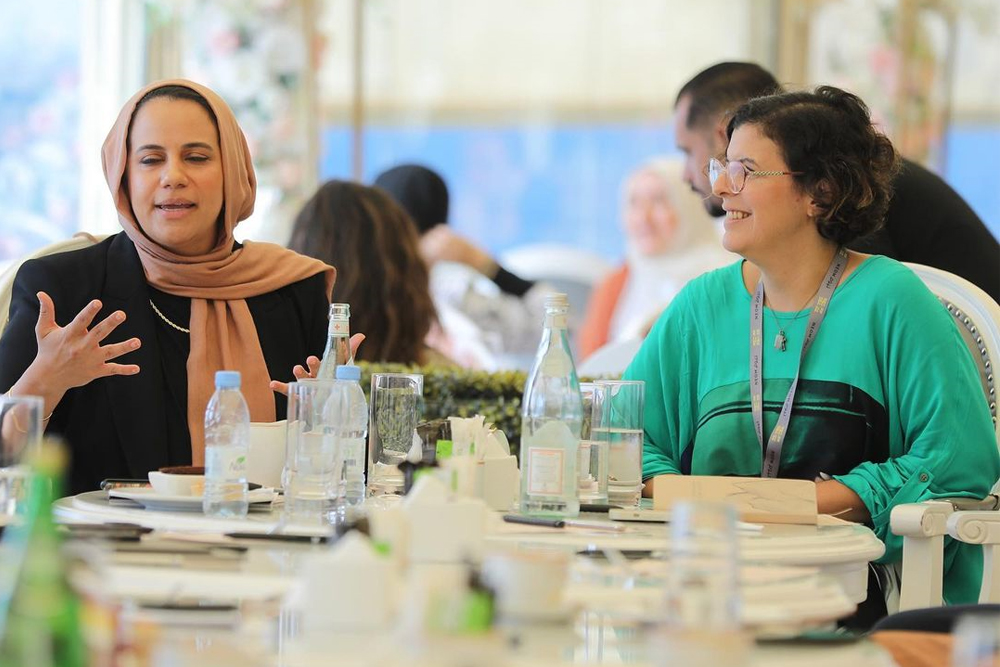 Her Film Community is a community that provides filmmakers in Saudi Arabia, especially women, a chance to get the know the local members of the cinematic scene in KSA and learn from each other. The creative collective also provides a platform to collaborate and share knowledge, and ultimately celebrate the of success of female filmmakers.

Based in the capital city of Riyadh, Her Film Community is a relatively new initiative as they have launched in December 2021. It was created with the aim to paving the way for female filmmakers to fulfill their dreams, while also giving them inspiration through regular talks and round tables.

Other than knowledge sharing, Her Films Community also plans to partner with renowned universities to be able to provide high caliber opportunities of learning to the members of its community.

The female collective hosted its first round table earlier this month at Angelina Restaurant and from the looks of it, it must have been quite the inspiring conversation. The event brought together under one roof screenwriters, filmmakers, productions studios, and more.

The discussion also featured insights on women in filmmaking and what type of opportunities, and obstacles, might be in their way. During the event, Her Films also announced their first imitative, which is yet to grace the pages of social media, so stay tuned!

Her Films Community was founded by Hamda Al Hamami, who is a media and communication expert and creative content writer. Al Hamami also holds the position of the Creative Lead in Tag Creative agency. Her academic background is grounded in Public Relations and Political Science.

Another female powerhouse in the Her Film Community would be Hajar Al-Naim, who is the chairperson of the board. Al Naim is a consultant at the Saudi Film Commission and has previously worked in production. She even co-founded and became CEO of a production studio in California. As for Al Naim’s academic background, she earned a bachelor’s degree from King Faisal University in Management Information Systems. Later, she went on to earn a master’s degree in Film and TV Production from a Los Angeles University.