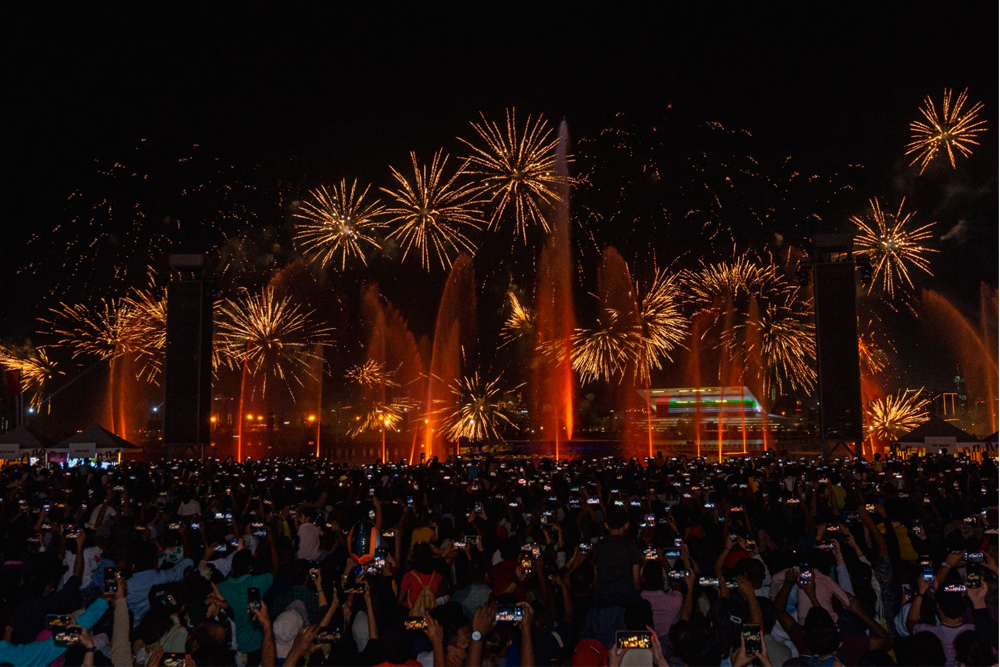 Commemorating 51 glorious years of the United Arab Emirates, Dubai Festival City Mall, part of Al-Futtaim Malls, is setting the scene for major celebrations from 1st to 5th December for the entire family to enjoy.

Throughout the period, visitors can expect roaming entertainment across the mall and outside at the vibrant Festival Bay. Dressed in patriotic attire, witness marching drumming bands, traditional Al Ayala dancers, and enjoy a cup of warm Emirati coffee for free. Additionally, let little ones take home a lovely flag or two in the nation’s colours or enjoy the themed roaming entertainment inside the mall and on Festival Bay.

Continuing the celebrations is Emirati star Fayez Al Saeed, the popular singer and composer with over 1.9 million followers on Instagram will take the stage at the center of Festival Bay to put on a 60-minute live performance from 8-9 PM. Bringing the magic to this concert is the IMAGINE show creating the spectacular backdrop with lasers, lights, and fountains dancing to the music.

Lighting up the night sky is the most anticipated fireworks show by the mall. This year's National Day fireworks show at Festival Bay will last a staggering four minutes and 30 seconds from 36 different shooting positions, offering a 360-degree angle firework effect ensuring every single guest will enjoy the experience. In tandem 3,000 shots of fireworks are synced with the Imagine Show, featuring dramatic fountain movement, eye catching lasers and lighting, fire effects, and captivating audio.

For the finale of the celebration, the well-recognized DJ Bliss will take control to set the vibe of the night. Creating a vibrant atmosphere with a modern twist to Arabic music and much more, visitors can enjoy DJ Bliss’ session at Festival Bay to continue the night of fun.

There is more for this big day of the year! Customers of Dubai Festival City Mall can spend just AED 300 between 1st and 5th December 2022 and get a chance to win two Air Arabia tickets to fly to the destination of their desire.
Amazing Events in UAEUAE National DayDubai MallEvents in Dubai