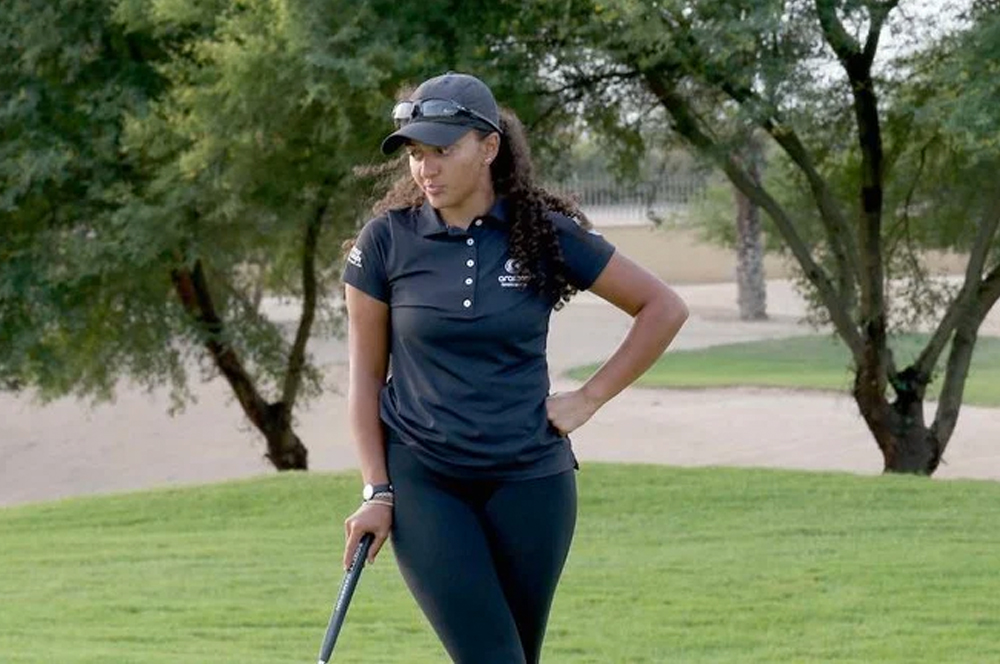 Despite the fact that Saudi golf, and specifically the women's game, is still fairly new, the country already boasts a rising local star in 16-year-old Lujain Khalil.

Khalil, who was born and raised in Jeddah, began playing the sport when she was in her teen years and has excelled ever since with the help of her family, particularly her father. She claims he is her parent, mentor, brother, friend, and even caddie. The $1 million Aramco Team Series challenge, a Ladies European Tour event, will be held in Jeddah this weekend, and the young Saudi has been invited to play as an amateur. This is a once-in-a-lifetime opportunity for the young Saudi who has been participating in tournaments since she was 13 years old, and already holds a title.

Khalil has been asked to compete on a team at the Aramco Team Series Jeddah with Hannah Burke, a professional golfer from England, and Maha Haddioui, a Moroccan professional golfer and the first Arab woman to compete on the LET. She admitted to Arab News that she still has a long way to go, but she's motivated to reach the top. She considers it an honor to play with Burke and Haddioui, two exceptional athletes who she looks up to and who have given her a lot of insightful advice.

Khalil, who calls herself a "golf addict," has made the decision that she wants to pursue a career in the sport, but completing her school is still her top goal. She switched to home schooling where she took lessons online and studied at night in order to play golf during the day. Her true objective is to not only rank among the greatest players in the region but also the entire world. “My goal is to be a top-ranked female player in the world, as well as a gold Olympic medalist,” Khalil added.