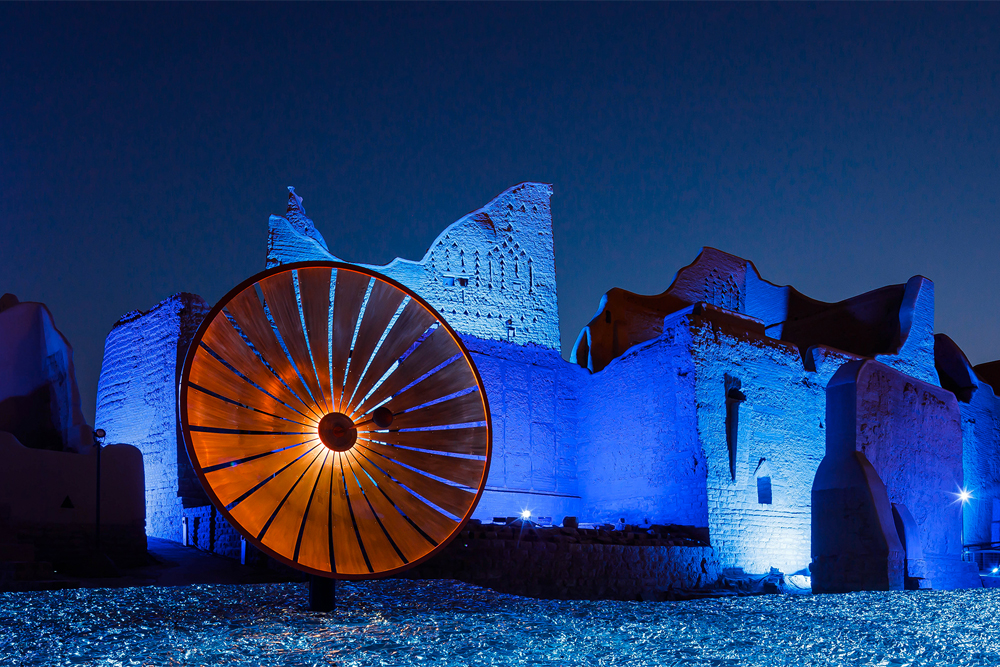 Through a festival that merges light and art, four prominent Saudi artists, and four charities, have been bought together by Noor Riyadh to raise funds via an online charity auction this month.

Noor Riyadh, which is running until 19th November, has tapped renowned artists, Saad Al Howede, Rashed Al Shashai, Ahmed Matar, and Moath Alofi and has asked them to collaborate with charities, Aleradah Organization, Saudi Alzheimer’s Disease Association, International Rehabilitation Team and Al-Nahda, to create artworks that will be up for auction.

100% of the proceeds will be donated to the charities’ internal art programs and developing them.

Each artist has produced two art works each during workshops which took place between the artist and the charity beneficiaries, and the finished works of art consist of mixed media and forms that incorporate painting, sculpture and light art. 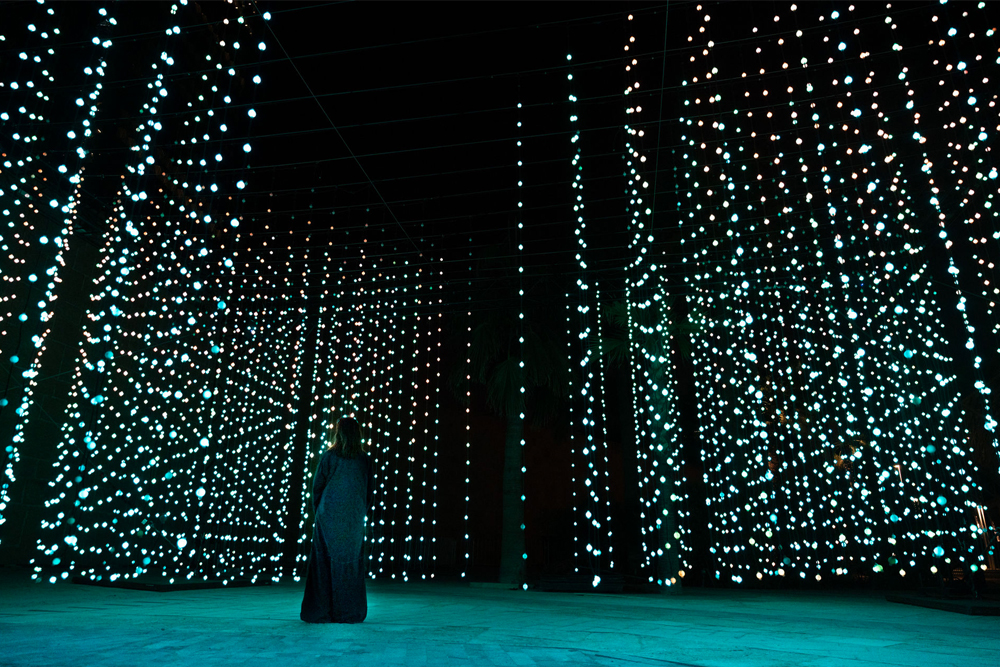 The pieces can be viewed by the public at Warehouse H04 in the JAX District until 19th November, between 6pm and 1am, and will go on sale via Saudi-based art market platform Atrum between 14th – 15th November. Those interested in making a bid must register on the site to do so, and once the auction is closed, the platform will automatically grant the artwork to the highest bidder. Its worth noting that each work of art has been set at a minimum bid of SR50,000 ($13,300 USD).

Participating Saudi artist, Ahmed Matar has collaborated with the Aleradah Organization, which supports gifted people with disabilities, for the Noor Riyadh initiative, and said in a statement, “I invite everyone to view the outstanding work of the creators in the online charity auction organized by Noor Riyadh. I am delighted to be part of such a purposeful initiative alongside other distinguished Saudi Arabian artists.” 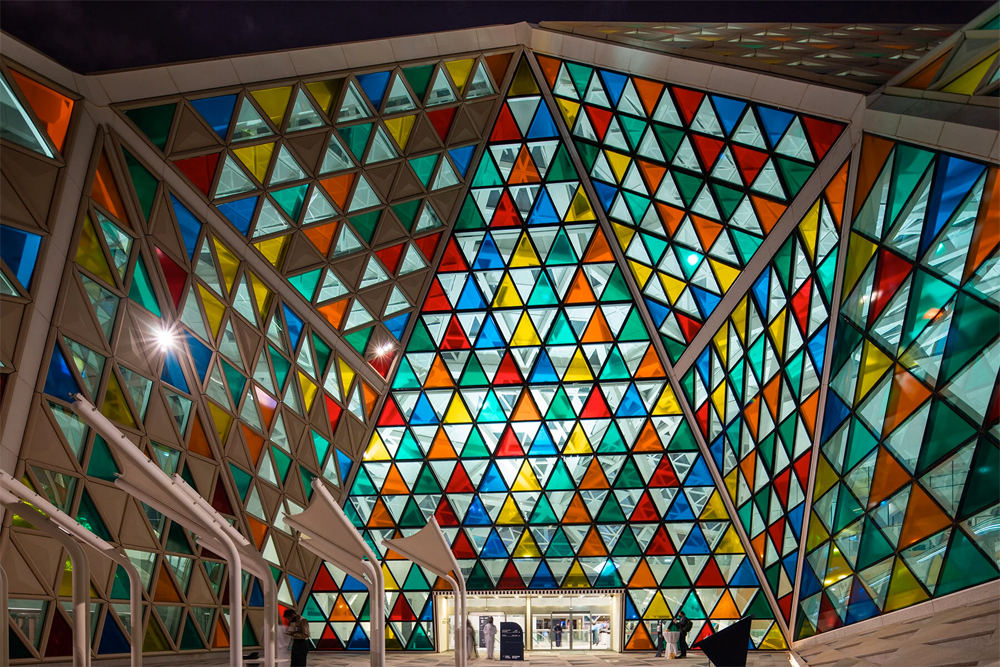 Rashed Al Shashai also added, “I am delighted to participate in this special Noor Riyadh initiative, which increases the awareness of these notable charitable causes and is as important as the numerous cultural activities that the festival offers. Through the online charity auction, Noor Riyadh is ensuring more people than ever can stay surrounded by art and enrich their lives through the powerful possibilities that art offers.” He has teamed up with International Rehabilitation Team, which provides daycare services to the severely disabled, and his works for this auction are called, “Amenin,” which features LED lights mounted on canvas and is a reference to the artist’s vision of the future of the kingdom, as well as it being a place of acceptance and diversity, and “Layan’s Vehicle,” which is a mixed media installation of a bumper car with a vibrant pink light attached that was inspired by an encounter with a young disabled girl named Layan during the workshops. 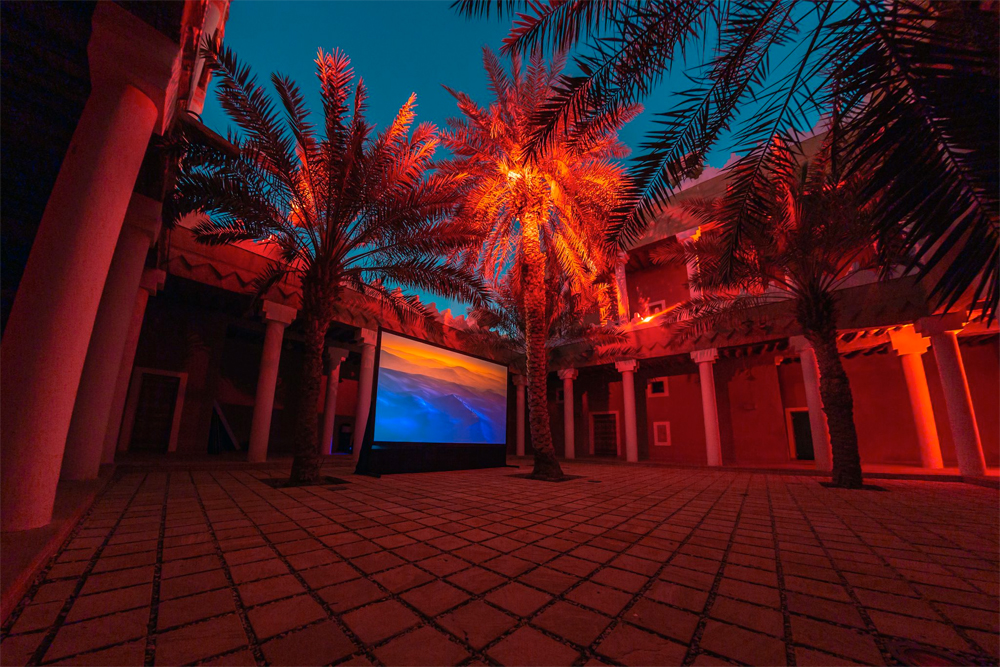 One of Moath Alofi’s pieces, in collaboration with the Saudi Alzheimer’s Disease Association, is called “A Novel Light,” which is dedicated to caregivers to those suffering with Alzheimer ’s disease, and has turned their stories into emotive symbols. He said, “Art has always been an umbrella for discussion and a bridge to communicate. With Noor Riyadh, the bridge has been extended further.”

Meanwhile, Saad Al Howede has teamed up with Al-Nahda. He said, “As an artist, I look at the human experience. I have tried to offer everything I can to help people and the participants of this initiative to get the support they need and to carry their lessons through life.” In one of his submitted works, entitled “Ascent,” he has used another participant’s drawing as a background base for light tubes that illuminate and highlight particular symbols of diversity with the notion of “harmony in society.”