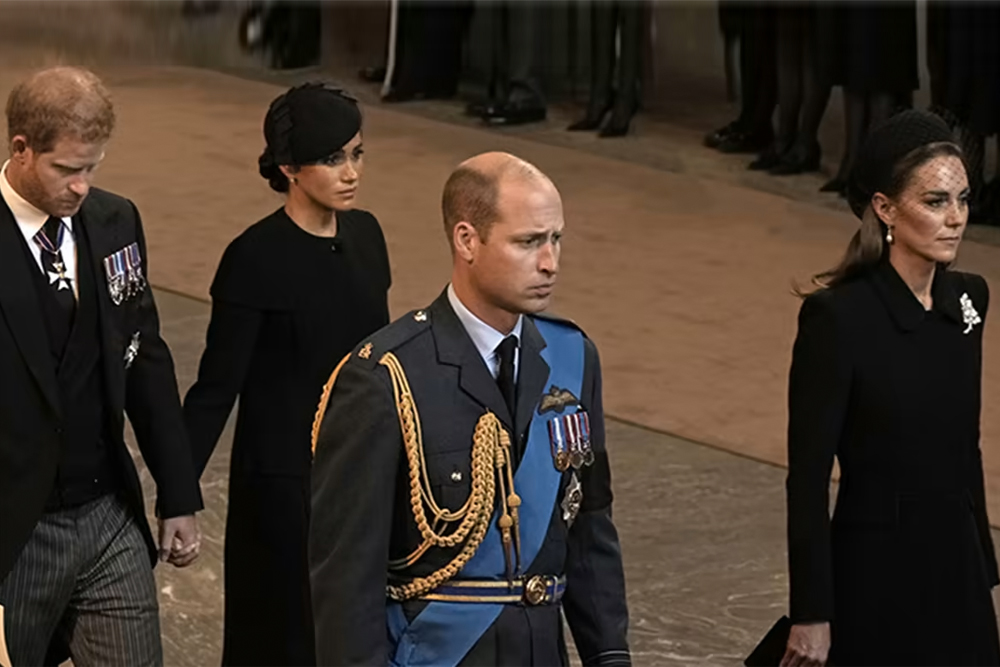 A new portrait of the royal family has been published by Buckingham Palace. A recent photograph shows King Charles III, Queen Consort Camila, and the Prince and Princess of Wales together as a family. The photograph was taken by photographer Chris Jackson on September 18 at Buckingham Palace, the evening before Queen Elizabeth's funeral. A few notable figures, including US President Joe Biden, were reportedly present at the Palace for the pre-funeral banquet for foreign dignitaries when the photo was shot, according to Page Six.

In observance of the official time of mourning for the late Queen Elizabeth II, all four senior members of the royal family wore black for the photograph. The family portrait, however, does not feature Prince Harry and Meghan Markle, who were also in the country. 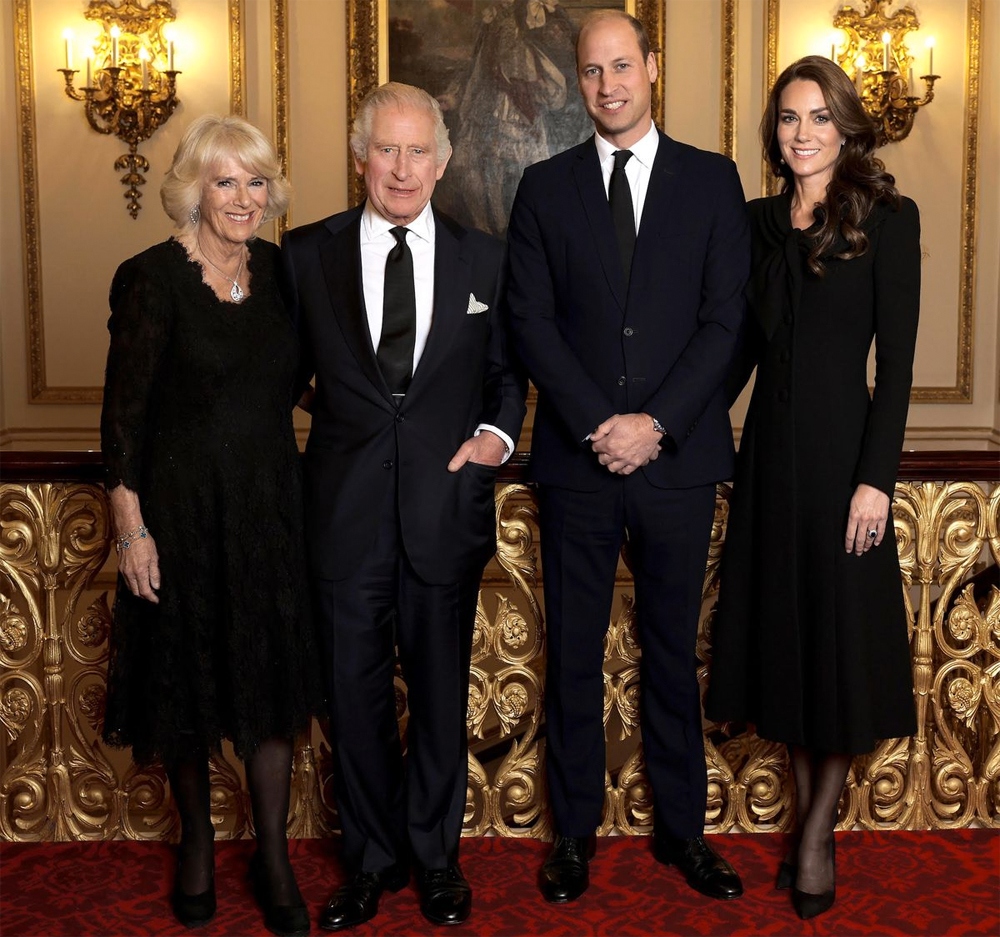 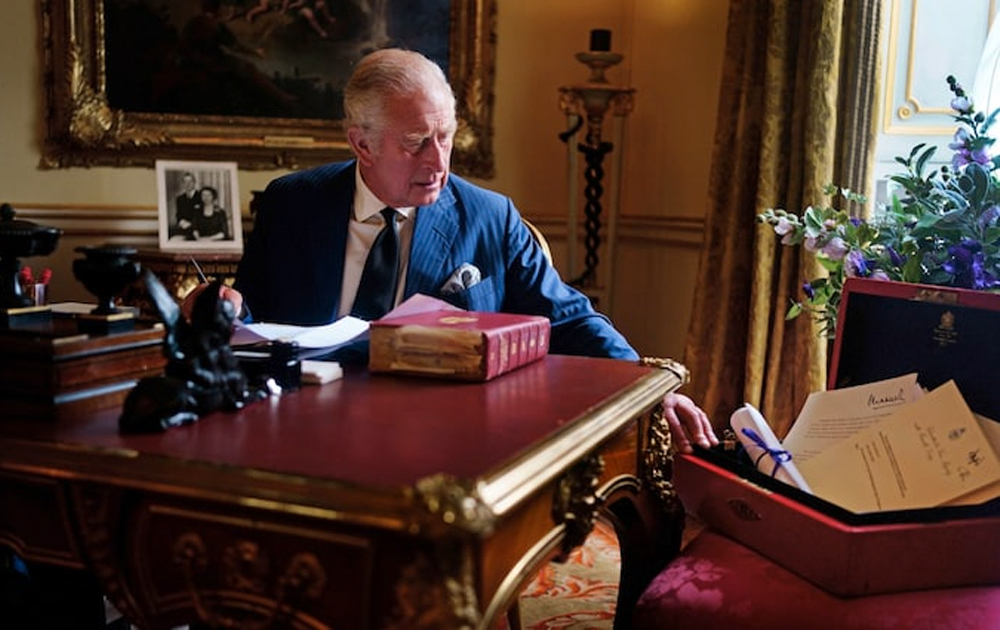 A new portrait of the monarch, honoring his late parents, Queen Elizabeth II and Prince Philip, Duke of Edinburgh, was unveiled at Buckingham Palace on September 23. A 1951 image of the late royal couple is shown in the background of the image, which was taken in the palace's Eighteenth Century Room and portrays the sovereign doing official government duties from The King's Red Box.

Another indication that a new period of regal rule has begun is the recent release of photographs of the first coins bearing the likeness of King Charles III by Britain's Royal Mint.