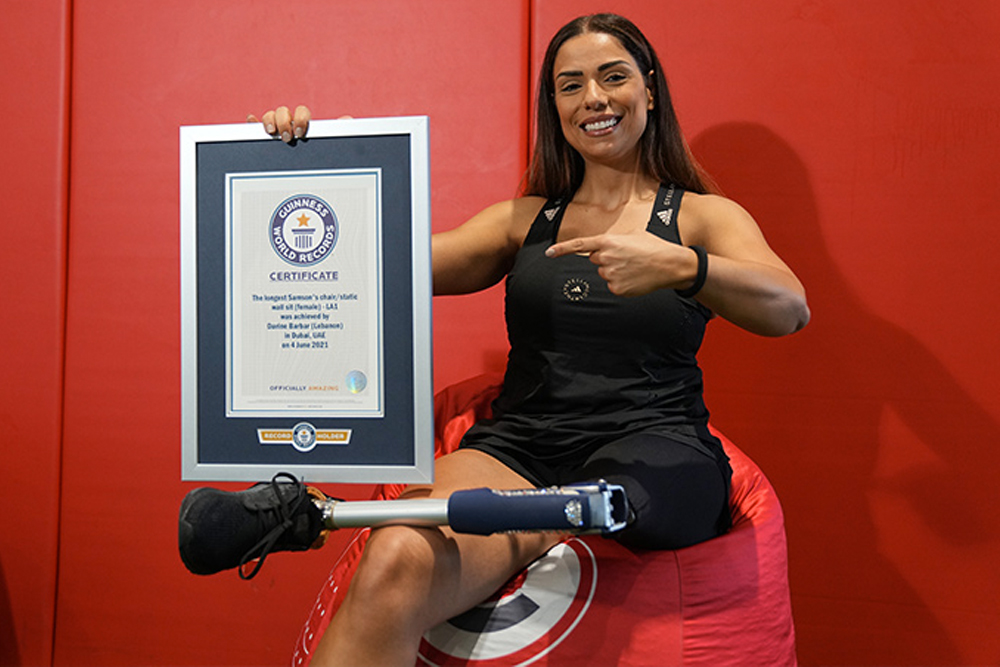 The global authority on record-breaking events and achievements recently announced it’s 2023 edition which features 50 records from the Arab world alone.

The new 2023 edition reveals the latest and greatest Guinness World Records achievements on Earth and in space, with top grade photography and graphics, plus special features to bring this year’s astonishing records to life. 50 records from the Arab World have been featured in the new edition that is now distributed in 1.8m copies worldwide. According to a released statement, “this is enough printed to blanket 18 football pitches or 11 Trafalgar Squares.” 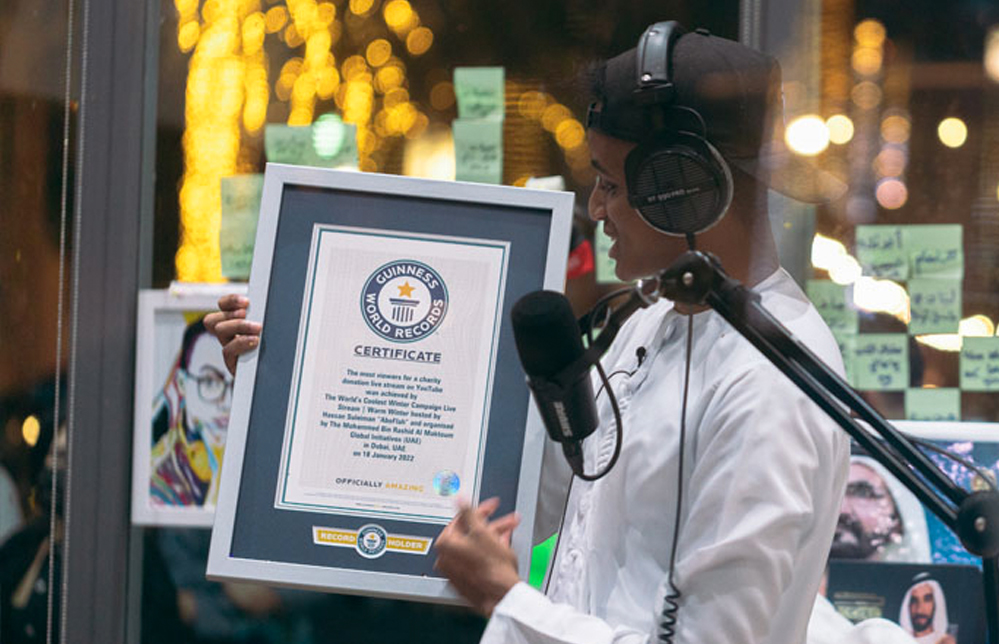 Over 40,000 applicants worldwide submitted their achievements this past year as they showcased their talents in order to get a spot in the Guinness Book Of World Records, as stated by Editor in Chief, Craig Glenday, "We've sifted through nearly 40,000 record applications over the past year to bring you Guinness World Records 2023. People from all walks of life continue to be fascinated by extremes, and we've received claims from across the planet - indeed, even from space!”

Making record breaking accessible to everyone, Guinness World Records works alongside specialists in order to embrace the new Impairment Initiative by creating a range of categories for people with impairments. Dareen Barbar, a Lebanese athlete who lost her leg at the age of 15, is featured in the book for achieving the Longest Samson's chair/static wall sit (female).

So what other Arab achievements are in the 2023 edition of the Guinness Book of World Records?
Saudi Arabia alone has made the list for quite the list of extraordinary achievements including the Largest LED Structure and Brightest Suspended Ornament by Noor Riyadh Festival, the Largest Lego Brick Formula 1 Car by Saudi Arabia Motor Federation, the Most LED Lights in a Display by MDLBEAST, the Most Simultaneous Pepper's Ghost Illusions of a Person by Riyadh Season and General Entertainment Authority featuring pan Arab celebrity singer Mohammed Abdo, the Largest Mirrored Building for Maraya by The Royal Commission for AlUla (RCU), the Largest Clock Face by Makkah Clock Tower, the Tallest Lighthouse by Jeddah Port Control Tower, and the Largest Geodesic Dome by Jeddah Superdome. 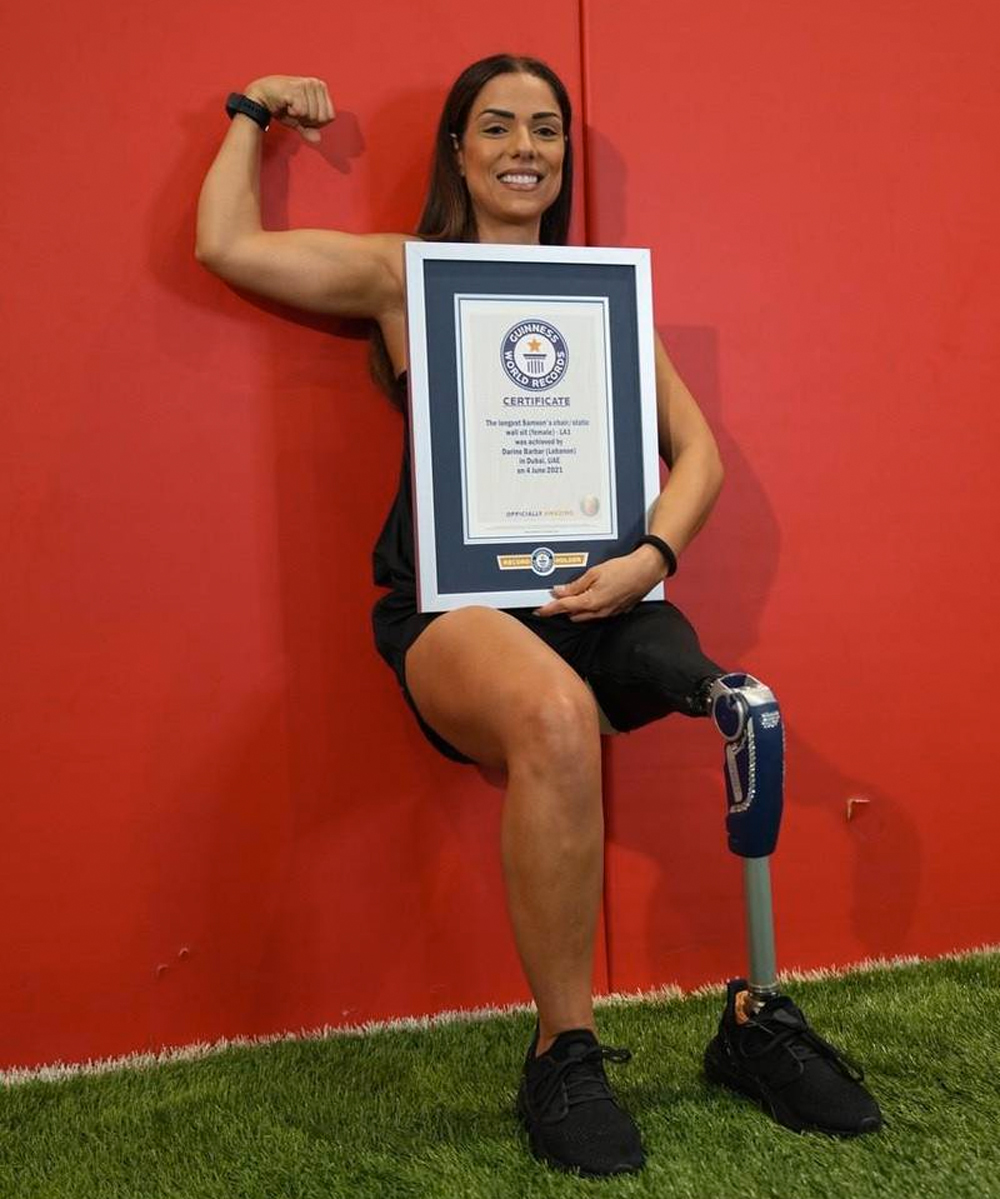 In the UAE, there are humanitarian record-breaking initiatives such as the Longest Live-Stream (video) by The Mohammed Bin Rashid Al Maktoum Global Initiatives and pan Arab influencer Hassan Suleiman (AboFlah), the Largest Donation For A Patient's Medical Treatment by Emirates Red Crescent, and the Most Awareness Ribbons Made In One Hour (team) by Emirates Oncology Society. Others from the UAE include First 3D-printed Laboratory by Dubai Electricity and Water Authority (DEWA), the Largest Synchronized Car Dance by Sony PlayStation Middle East, the Most Contributions To A Color By Numbers by Farah Experiences for Ferrari World Abu Dhabi, the Largest Inflatable Aqua Park by Aqua Fun, the Tallest Building for Burj Khalifa, the Longest Zip Wire by RAK Tourism Authority for Toro Verde, the Deepest Swimming Pool For Diving by Deep Dive Dubai, and the Tallest Hotel by Gevora Hotel. 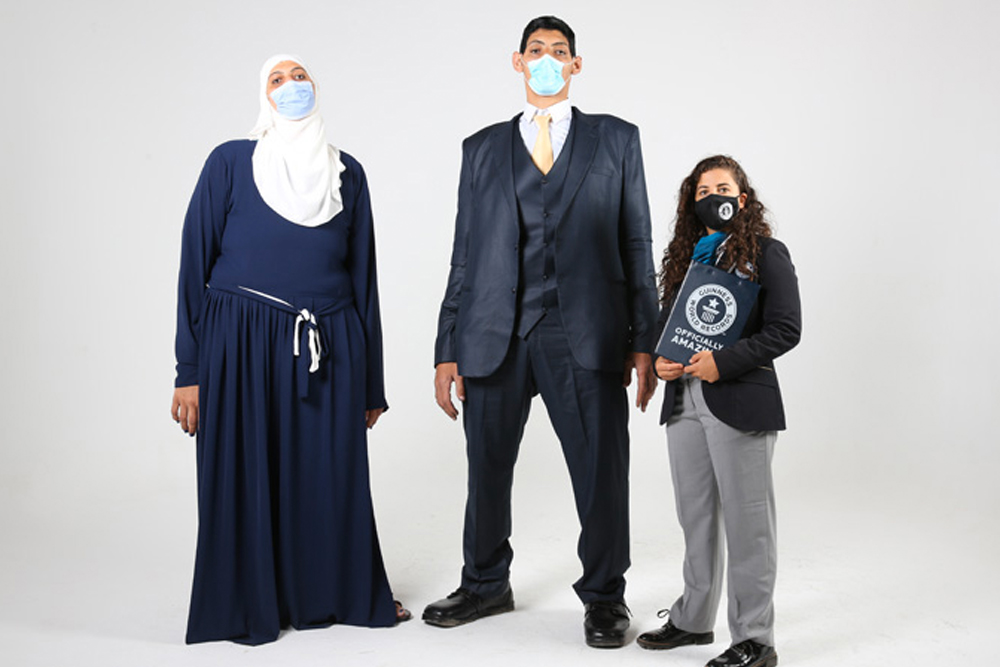 From other parts of the Arab world, Egypt is in the book for Mohamed Shehata, who achieved the Widest Arm Span On A Living Person (male) and the Widest Hand Span On A Living Person (male), among other achievements from the country. Record breaking achievements from Iraq, Jordan, Lebanon, Morocco, Qatar, Algeria, Sudan and Syria are also featured in 2023’s edition.