It is held at the International Book Fair. 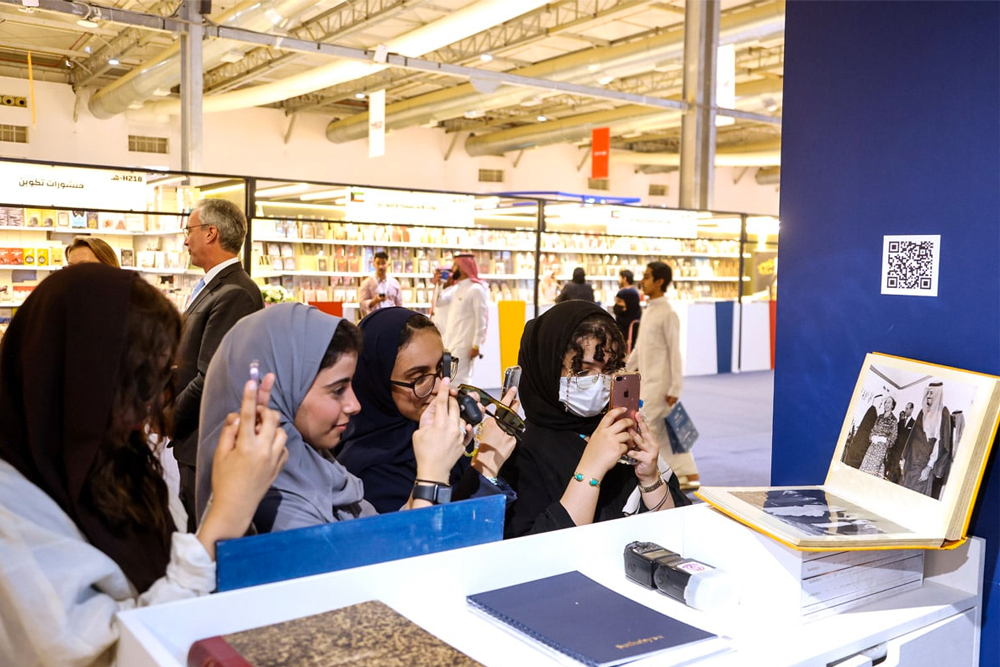 It was on 11th March 1744, that Sotheby’s first ever auction took place in London, offering several hundred rare books that totaled £826. Fittingly, given the company’s roots in the book world, Sotheby’s – now a leading international auction house – has remained at the heart of the literary world.

Running until 8th October, Sotheby’s has partnered with the Literature, Publishing & Translation Commission of Saudi Arabia’s Ministry of Culture to participate in The Riyadh International Book Fair (RIBF). The book fair is considered a major cultural event in the Arab cultural scene, as it is one of the well-visited and diverse cultural programs to take place in the region, with the presence of the most prominent Arab and international publishing houses, institutions and brands. The fair is accompanied by conferences, educational workshops and seminars on the arts.

Daniel Asmar, Managing Director, Sotheby’s MENA said, “Saudi Arabia is a country rich in heritage, and nurturing these diverse traditions whilst further developing the cultural sector is a fundamental component of the Kingdom’s Vision 2030. Sotheby’s continues to play a role in these ambitious plans through participation in events such as the Riyadh International Book Fair, where we are proud to present several world-class highlights in the category.”

Sotheby’s is exhibiting a specially curated selection of exceptional books, manuscripts, photographs and objects to exhibit within the Kingdom for the first time. Sotheby’s leading experts will also be in attendance from its global offices and will join the series of panel discussions and lectures.

Edward Gibbs, Chairman, Sotheby’s Middle East & India added, “Earlier this year, Sotheby’s presented the first Digital Arts Forum and NFT exhibition in Saudi Arabia, in partnership with the Ministry of Culture, at the inaugural Diriyah Contemporary Art Biennale. We were thrilled with the response to this innovative cultural program and hugely encouraged by the vibrancy of the art scene in the Kingdom. We are proud to now present some outstanding highlights from our private sales portfolio as part of the Riyadh International Book Fair – testament to our longstanding commitment to Saudi Arabia.” 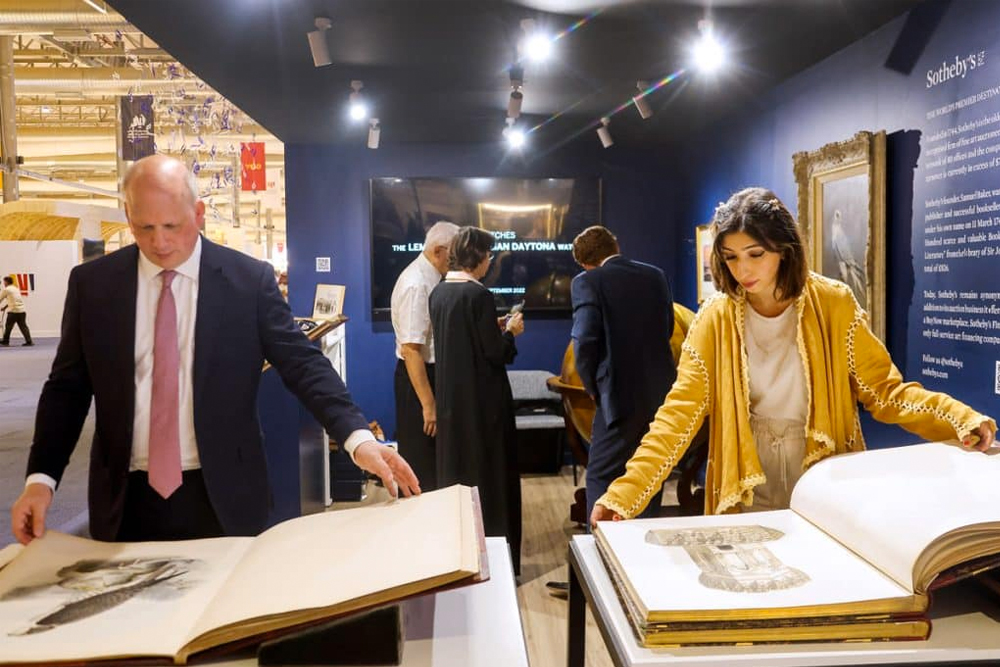 Among the highlights, travelling is a monumental, museum-quality World Globe dating to 1840, created by the greatest globe-makers of the day, George and John Cary, and supplied to Jesus College, Oxford University, in the same year. The spectacular Victorian piece measures an impressive 36 inches in diameter, and shows the Holy Cities of Mecca and Medina, and the pilgrimage port of Jeddah.

Alongside this is a rare album of photographs depicting HM Queen Elizabeth II and the Duke of Edinburgh on their royal visit to Saudi Arabia in 1979, during their six-nation tour of the Gulf States when they also travelled to Kuwait and Bahrain. The group of 39 photographs includes the Queen disembarking Concord at Riyadh Airport, their official welcome by HM King Khalid of Saudi Arabia, and their attendance at events, including camel racing in the desert.

Also on view is a large and detailed map depicting the geology of the Arabian Peninsula dating back to 1963. It was compiled in 1963 as part of a project by the U.S. Geological Survey and the Arabian American Oil Company under the joint sponsorship of the Kingdom of Saudi Arabia, Ministry of Petroleum and Mineral Resources, and the U.S. Department of State.

Further highlights include an exceptional deluxe edition folio of prints depicting 19th-century Egypt by David Roberts, an acclaimed British painter who was among the first to travel to the Near East; a first edition of the finest work on falconry that has ever been produced by German ornithologist Hermann Schlegel, with illustrations of birds depicted life-size; the first edition of the most important work of the nineteenth century devoted to Islamic art – L’Art Arabe d’apres les monuments du Kaire (1869-1877) – with an exhaustive description of the applied arts in Cairo.

All of the pieces on view will be available for private sale.