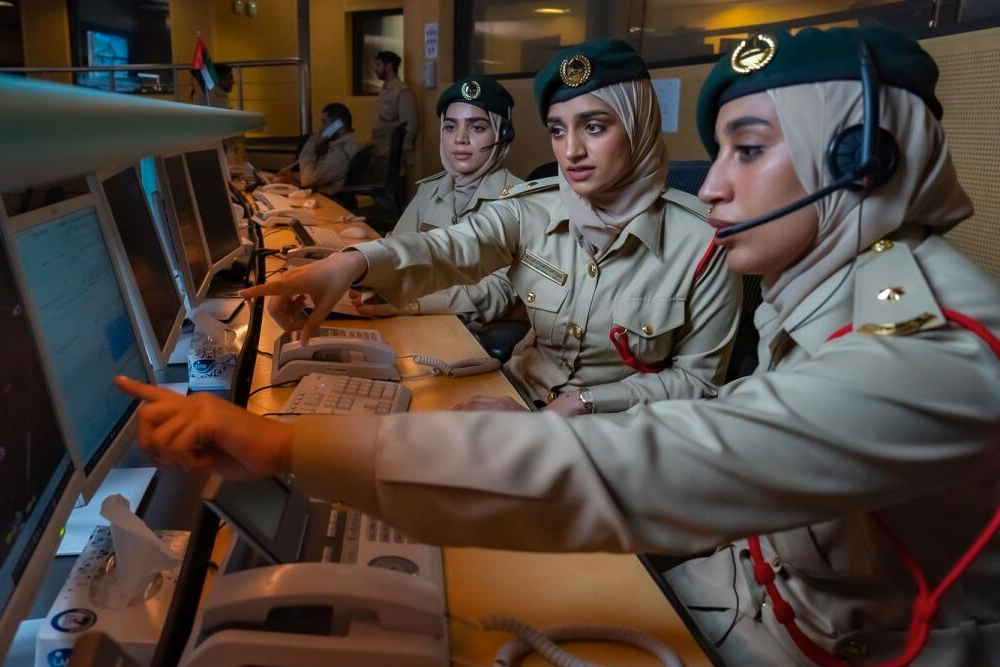 For the first time ever, four female Dubai Police officers have joined the General Department of Operations' Command and Control Center Department, which is responsible for providing support, receiving reports, directing patrols, and controlling.

According to Major General Dr. Muhammad Nasser Al-Razouki, Director of the General Department of Operations in the Dubai Police, Lieutenants Mira Muhammad Madani, Samar Abdulaziz Jashouh, Kholoud Ahmed Al Abdullah, and Bakhita Khalifa Al Ghafli joined the Command and Control Center Department after completing a six-year training course. Following six months of hands-on training, which included 24 specialized and auxiliary courses, an evaluation was done to see if the candidates were prepared to work in this sector. The emergency services for receiving communications, guidance, and control, and the office of the duty officer were also included. 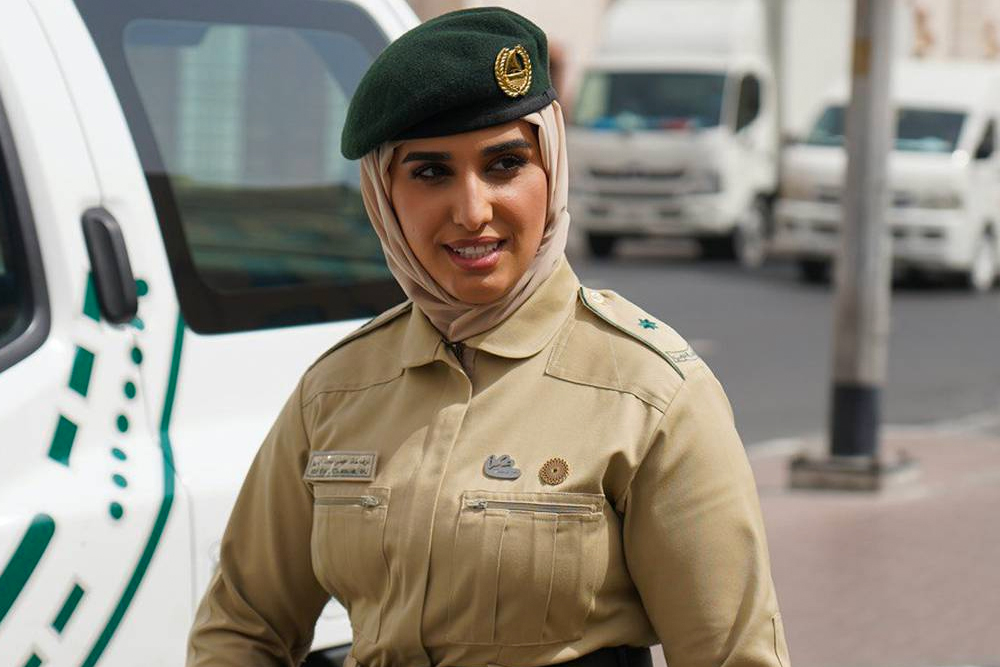 He emphasized that the Dubai Police General Command is proud of its exceptional workforce, which achieves outstanding professional accomplishments. He noted that women were able to be present in various fields and disciplines, including challenging ones that were traditionally held by men. Therefore, the recent addition of women to the force means that they can demonstrate their aptitude for giving and working effectively and speaks volumes to the empowerment and presence for women in the Dubai Police. 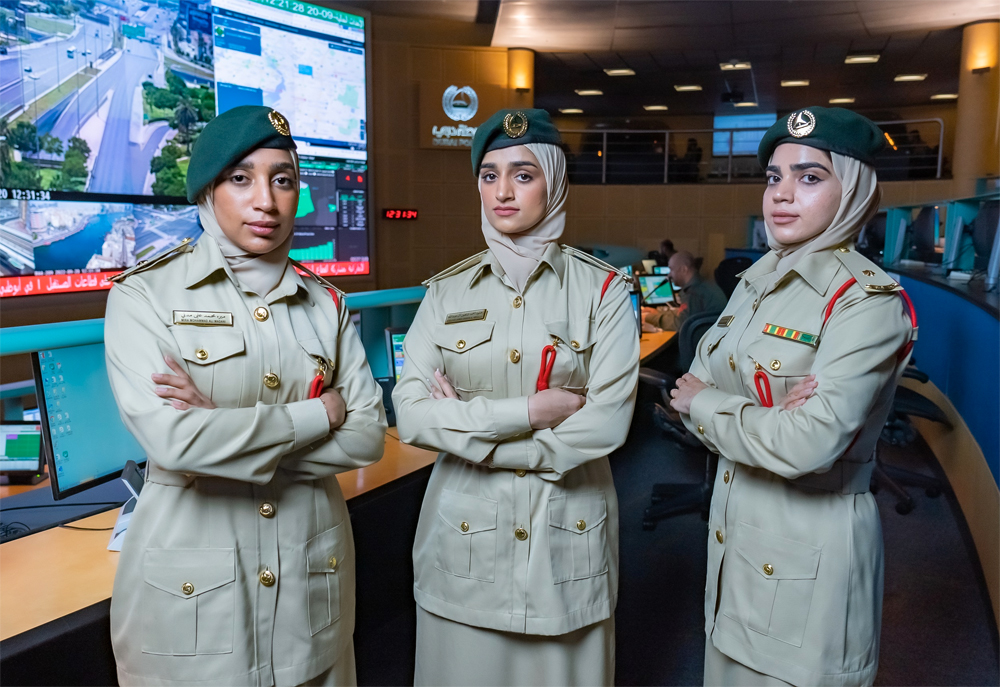 In response, Brigadier Turki bin Faris, Director of the Command and Control Center Department, commended the level of the female staff members who joined the Dubai Police Command and Control Center, highlighting that their duties call for a high level of capabilities, mental and organizational skills, intelligence, and a high sense of security. He continued by stating that the Command and Control Center is one of the most crucial pillars of police work and that it employs a select group of officers, non-commissioned officers, and experienced personnel all of whom have a high level of competence in dealing with reports, accidents, follow-up systems and up-to-date technologies. These individuals also provide security coverage through patrols or cameras to prevent crime and assist in the arrest of criminals. 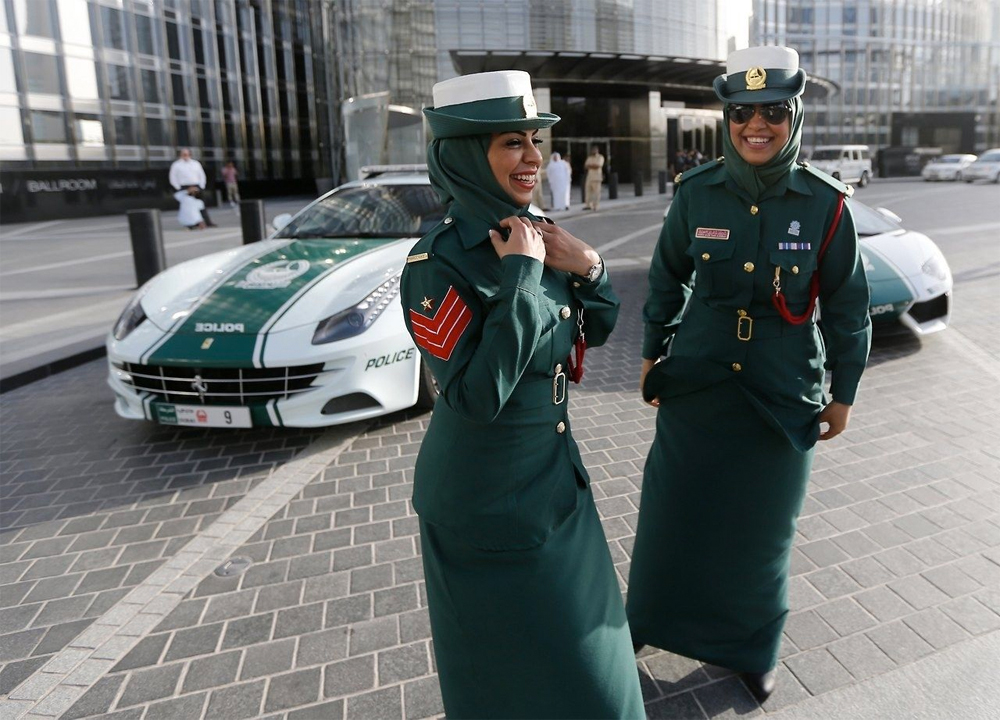 The four female officers expressed their appreciation for being welcomed into the Command and Control Center, "Dubai Police has created a motivating environment for the youth in general and women, in particular, to ensure we strive for nothing but excellence," they explained.