In 2018, a group of life-size camel sculptures were discovered in northern Saudi Arabia. Researchers subsequently estimated that the carvings were created around 2,000 years ago. According to a recent study, the estimated timeline was incorrect by as much as 6,000 years, making them possibly the oldest large-scale animal reliefs still in existence. Thus, the sculptures predate historic sites like England's Stonehenge, which is 5,000 years old, and Egypt's Giza Pyramids, which are 4,500 years old. 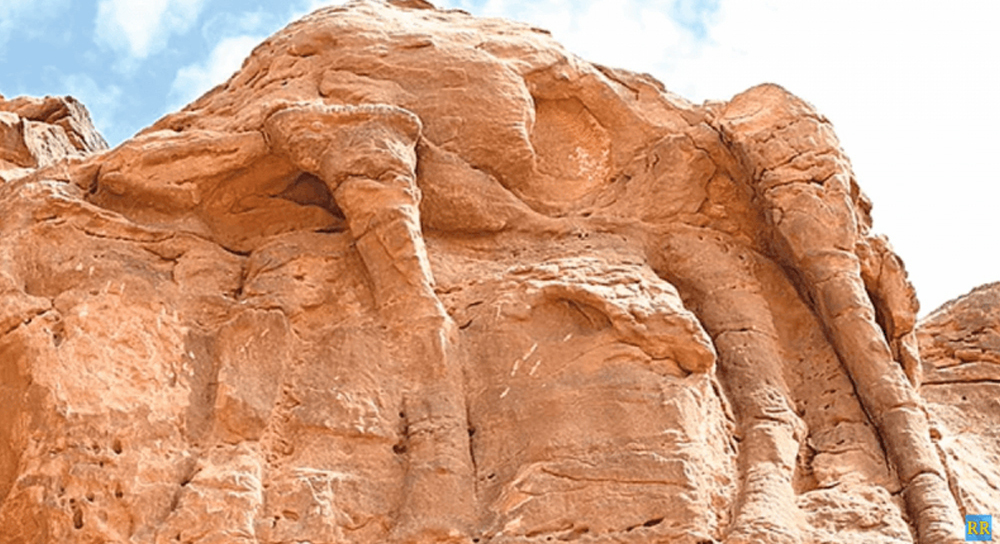 Four freshly unearthed panels in Saudi Arabia's Nafud Desert that were reported in a new journal from Cambridge University Press reveal a Neolithic tradition of big, realistic camel representations. These panels appear to have been carved by the same group.

In the same location, six distinct regional traditions for big camel engravings were identified. Archaeologists believe that the sculptures may have served as borders. According to the Cambridge research journal, the Nafud Desert area may have historically been the epicenter of an artistic tradition where massive, realistic engravings of camels were created, "requiring individual engravers to travel the Nafud Desert frequently." The journal states, “These panels may represent the first archaeological evidence of a repeated pattern of movement across the Nafud Desert that can be linked directly to an individual artist or a small artistic community.”

As hunting and herding communities were typically quite dispersed and mobile, it was crucial that they gather on a frequent basis throughout the year to share information, material goods, resources and more. The sculptures might have served as a gathering spot for the entire community.

The journal speculates that the animal carvings may have been created by the same person due to their similar features, which include a lifelike form and a propensity to frequently depict features like hair, eyes, callosities, and ribs. The sculptures' weathering patterns demonstrate that they were re-engraved and altered over time. With erosion continuing to damage the sculptures, researchers say it’s important to learn as much about them as possible.

The research was a joint effort involving the Saudi Ministry of Culture, Max Planck Institute for the Science of Human History, French National Centre for Scientific Research, and King Saud University.