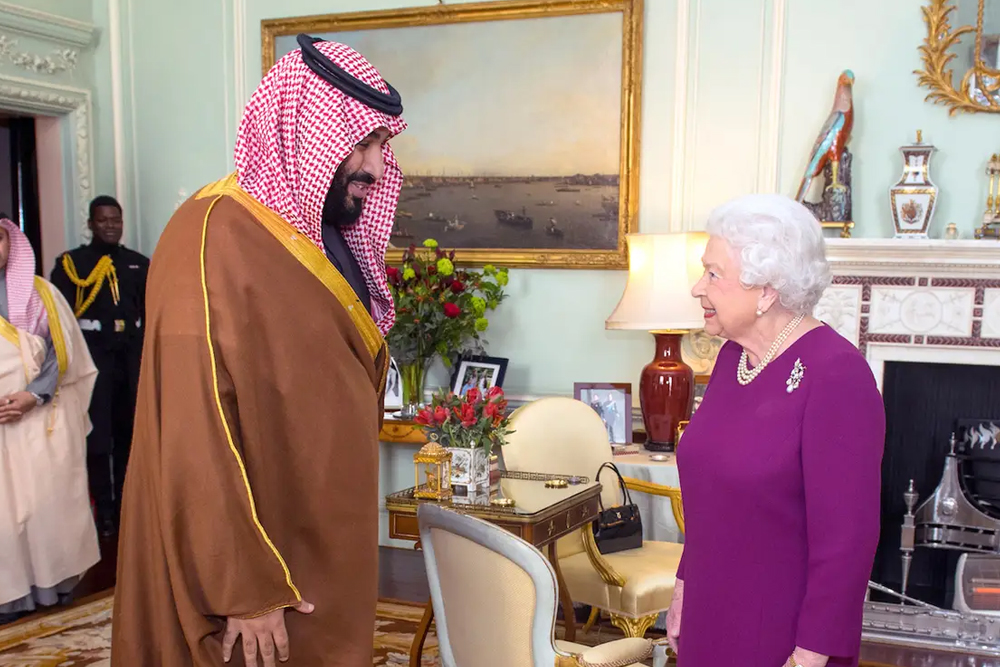 The Arab world is in sadness over the passing of Her Majesty Queen Elizabeth II of Great Britain, who served as the region's and its people's steadfast friend for seven decades.

Her Majesty recently commemorated the 70th anniversary of her accession to the monarchy by celebrating her platinum jubilee. In June, Saudi Arabia's King Salman and Crown Prince Mohammed bin Salman joined other heads of state from the area in expressing their greetings on the occasion of her jubilee. They now have the difficult duty of conveying their deepest sympathies to the British royal family and the citizens of the United Kingdom. HRH Crown Prince Mohammed bin Salman extended his condolences to His Majesty King Charles III of the United Kingdom of Great Britain and Northern Ireland on the death of Her Majesty Queen Elizabeth II.

“Her Majesty was a model of leadership that will be immortalized in history. We recall with appreciation her efforts in strengthening the relations and friendship between our two countries, as well as the high international status that Her Majesty enjoyed throughout her reign.” The Crown Prince also paid tribute, “I am saddened by the news of the death of Her Majesty Queen Elizabeth II who devoted her life in the service of her country. Her Majesty was an example of wisdom, love and peace, and the world remembers today the great impact she had throughout her reign.” 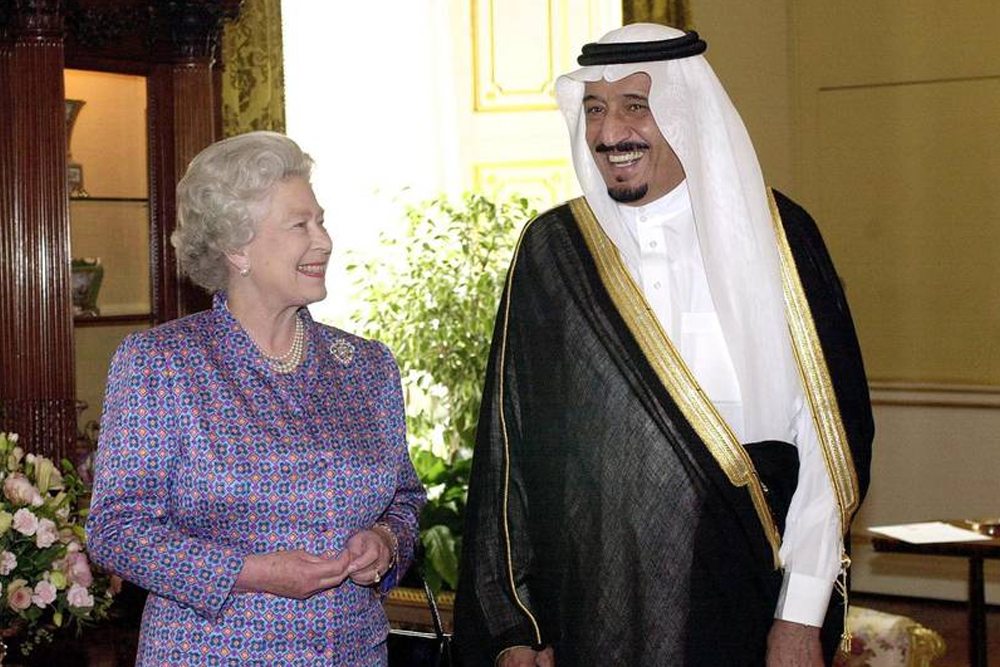 The Queen's departure signifies a sad end to a history of friendship with many of the reigning families around the Middle East, who mourn the loss of both a friend and a fellow monarch.

Upon the passing of her father, King George VI, on February 6 1952, her reign began. On June 2nd of the following year, she was crowned in Westminster Abbey. Members of four royal families from the Gulf, including Bahrain, Kuwait, and Qatar were in attendance, as well as Prince Fahd bin Abdulaziz Al-Saud, who was there on behalf of King Abdulaziz the founding and first king of Saudi Arabia. The frequency of ceremonial occasions alone cannot gauge the ties between the British and Saudi monarchy. During the reign of the Queen, Buckingham Palace frequently entertained Saudi heads of state and monarchs from the surrounding countries when they came to Britain on official business. Meanwhile, the Queen also made multiple trips to the Middle East. King Khalid welcomed her to Saudi Arabia in 1979, where she attended a number of activities, including a state supper at Maathar Palace in Riyadh and a picnic in the desert. In return, the Saudi royal family was served dinner by the Queen and Prince Philip on Her Majesty's Yacht Britannia.

I convey my sincere condolences to the Royal Family and the people of the UK upon the passing of Her Majesty Queen Elizabeth II.

Her Majesty was an icon of our times, she will be remembered for her sense of duty, her perseverance and unmatched dedication to her country. https://t.co/oqOBWRZdz8 pic.twitter.com/OEHWqg0e3Z

The British royal family's relations with its Gulf counterparts have extended beyond grand formal occasions of state. Quite often there were members of the House of Saud present at casual gatherings, serving as a testament to the close friendships Her Majesty had with the region. Discussions at these gatherings frequently centered on important issues including trade and defense agreements, but as Sir Sherard Cowper-Coles - the British ambassador to Saudi Arabia from 2003 to 2006 - would later describe, intimate events between the royal families have traditionally been marked by good-natured fun rather than strict formality. Apart from their shared royal title, the Queen and the Gulf monarchs connected through their mutual love of horses. 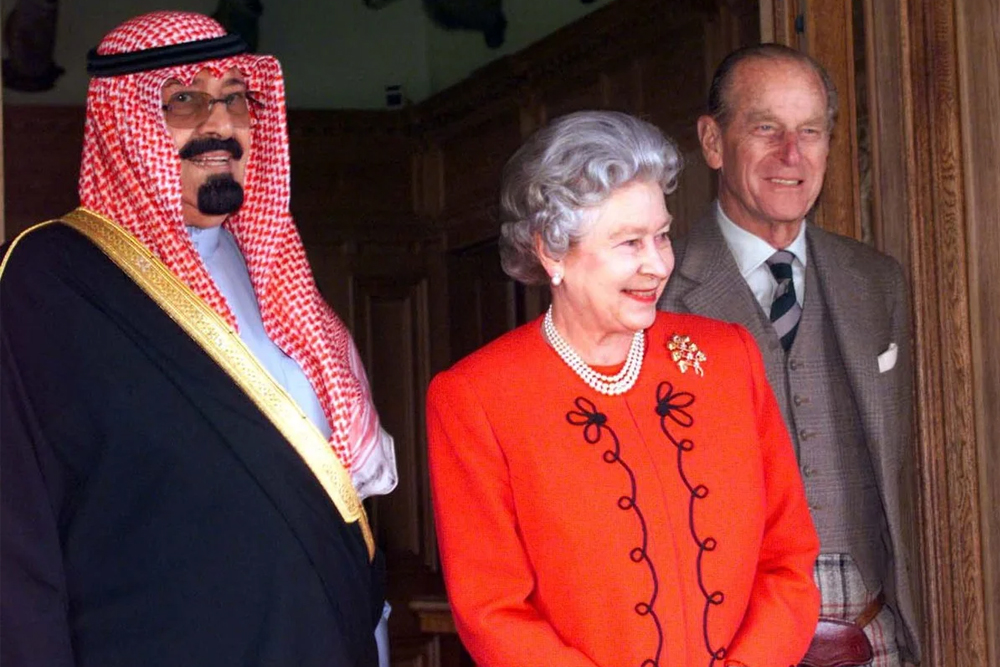 This year due to mobility problems the queen was unable to attend the annual five-day Royal Ascot. Furthermore, due to her increasing frailty, she broke with tradition for the first time ever in meeting Liz Truss, the newly appointed leader of the Conservative party, in Balmoral, Scotland, instead of Buckingham palace in London. Giving her official blessing to the new Prime Minister was to be the final formal duty of her long reign.

Today, as the flags are flown at half-mast and the royal baton is transferred to the Queen's eldest son, Charles, the British people must learn to chant "God Save The King" after 70 years of singing "God Save The Queen."

On her 21st birthday, in a speech that was broadcast on the radio from Cape Town, the then Princess Elizabeth made a solemn promise: “I declare before you all,” she said, “that my whole life, whether it be long or short, shall be devoted to your service.” She has managed to modernize and evolve the monarchy like no other. Fortunately, she lived a long life, her reign unlikely to be rivalled, and her commitment to her duty was absolute.