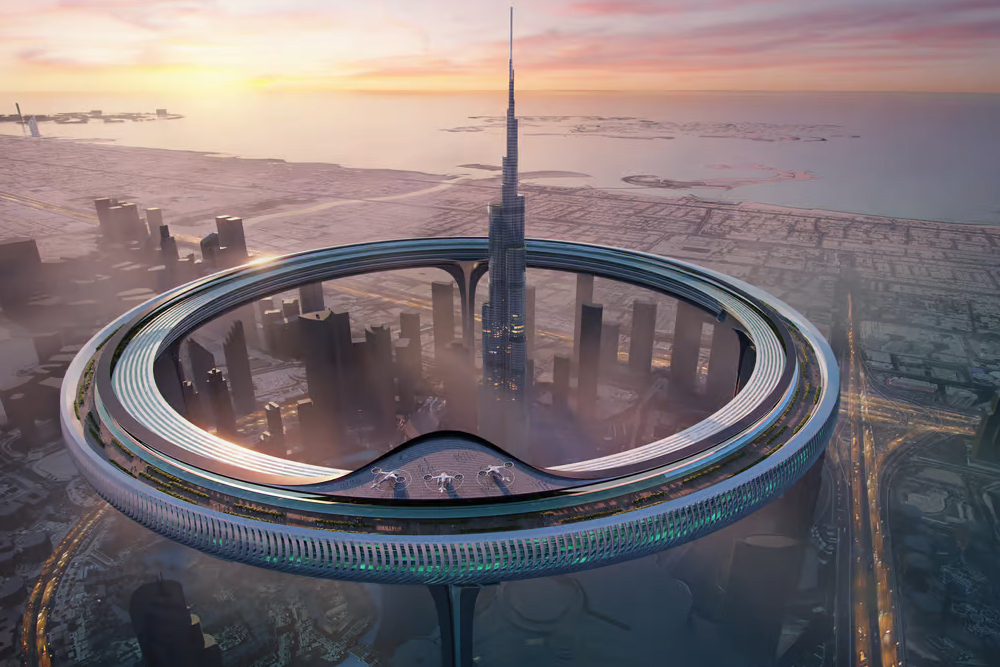 Dubai's construction and city landscape has left its stamp on the world map through projects like Burj Al Arab, the Dubai frame, Atlantis, The Palm, Burj Khalifa, and many more impressive landmarks. Dubai-based architecture firm Znera Space has now created and unveiled a cutting-edge concept called the Downtown Circle with a revolutionary plan to alter the city’s skyline.

Najmus Chowdhry, one of the co-founders of Znera Space, posted a series of images on Instagram explaining the proposal, which involves a spherical megastructure suspended half a kilometer above the streets of Downtown Dubai, and surround the famous Burj Khalifa. The renders exhibit a gigantic 550-meter-tall ring with a three-kilometer circumference and five enormous pillars supporting it. 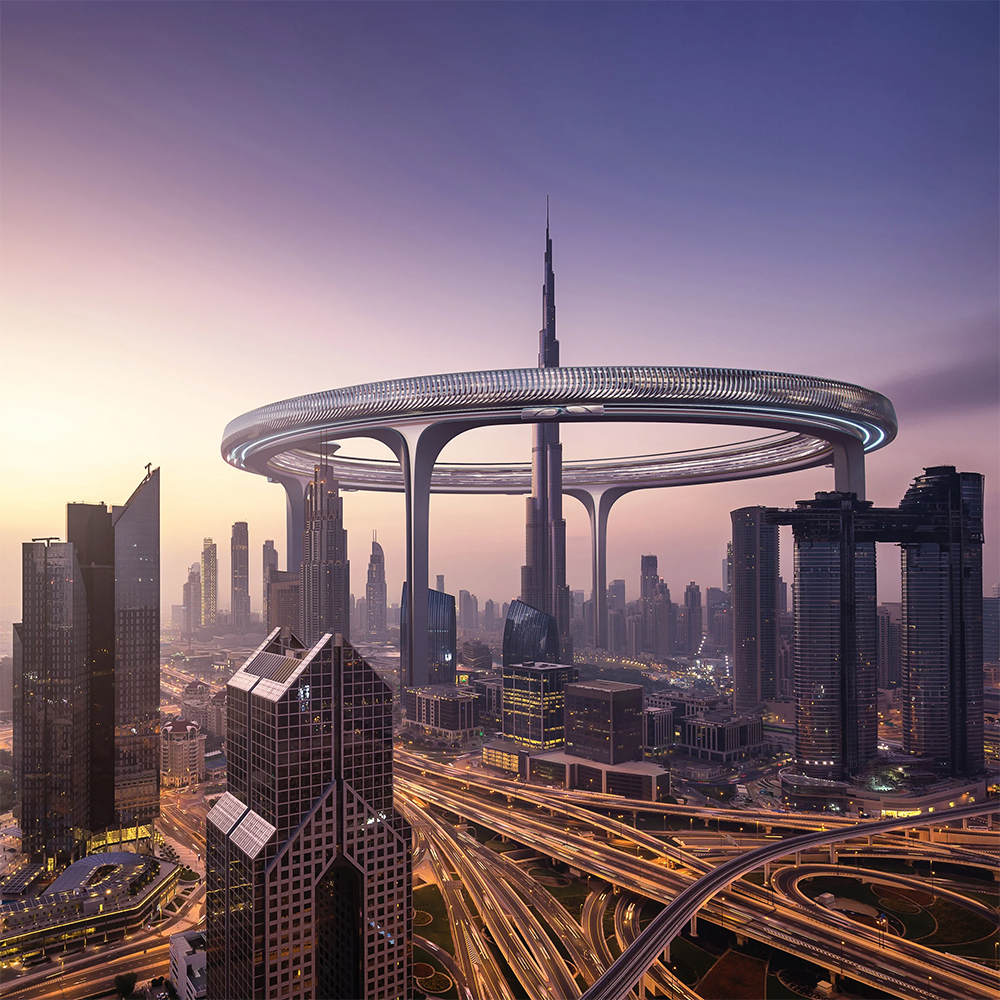 The pillars will support five levels containing housing as well as public, commercial and cultural spaces. Two rings that make up the sphere will be connected by a continuous green space known as the Skypark containing waterfalls, tropical plants and a variety of floras. The idea revolves around self-sustainability and self-sufficiency through the use of solar energy, rainwater collection, and air pollution filtering as part of the urban ecosystem.

A tram on the outer perimeter ring with 20 pods and a top speed of 100 kilometers per hour has also been put in to place by Znera Space, to move people from one Downtown Circle node to another. The architects even included a pad for drones set to be operated by delivery services. 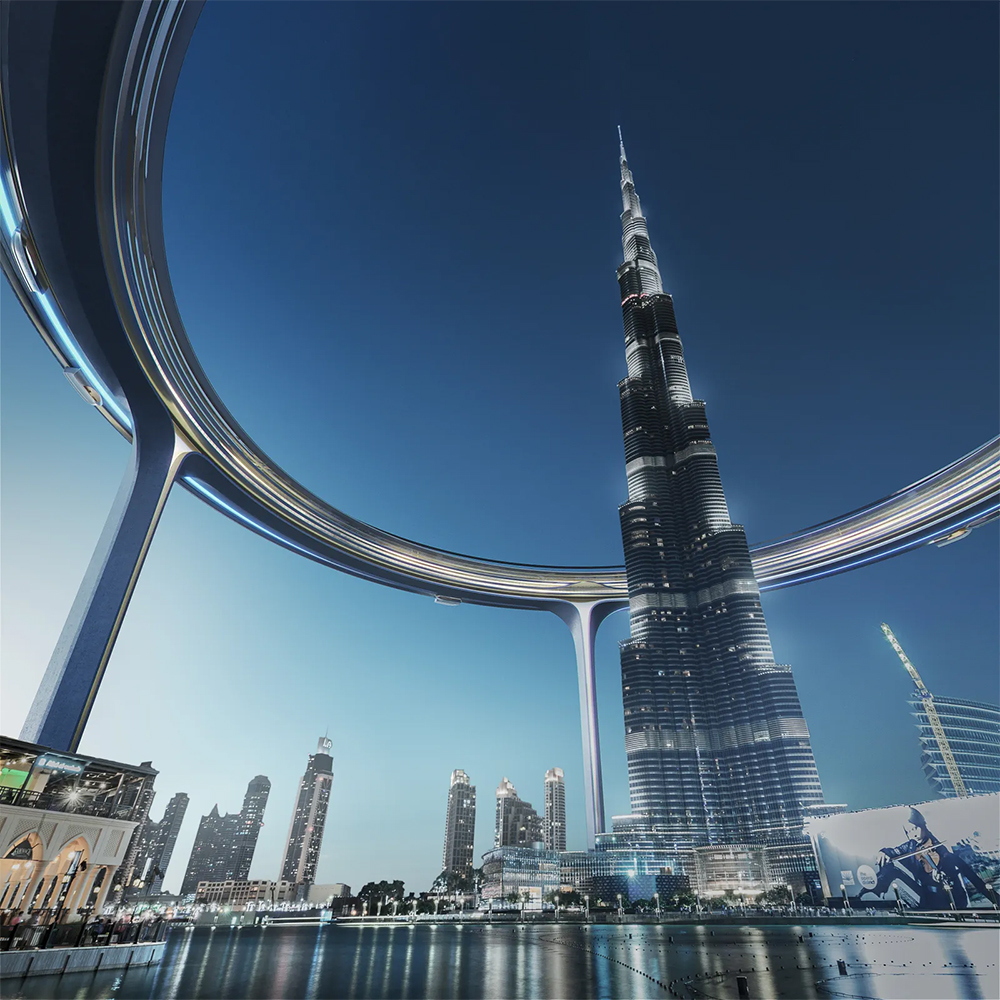 The concept is referred to as “vertical urbanism” with “a hyper-efficient city center that gives back to the environment” with sustainability as its primary requirement. Chowdhry explained, "Like what we see with The Line in Neom, Saudi Arabia, the Downtown Circle is meant to trigger emotions among those who see the designs. We want it to start a conversation about modern architectural possibilities." During the pandemic, the co-founders developed the concept, questioning the notion of how people live in cities, particularly in skyscrapers.

Artist illustrations of the design for Downtown Circle show the striking scale of the structure which was originally an entry in a design competition launched by the Dubai Future Foundation. The ambitious scheme was conceived by Znera Space co-founders Najmus Chowdry and Nils Remess, who frequently focus on experimental architecture that explores and challenges social limits and environmental issues. 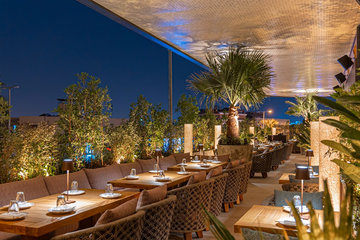 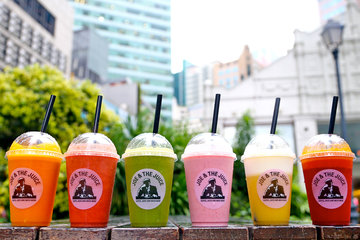 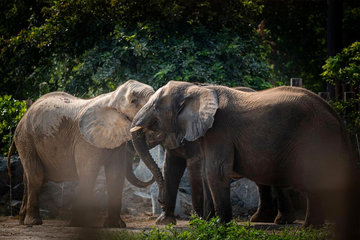 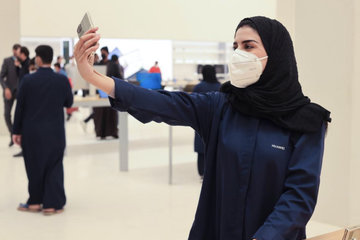 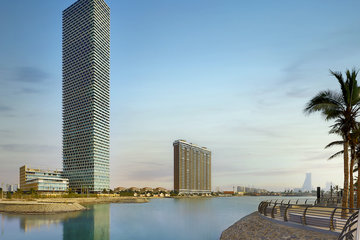