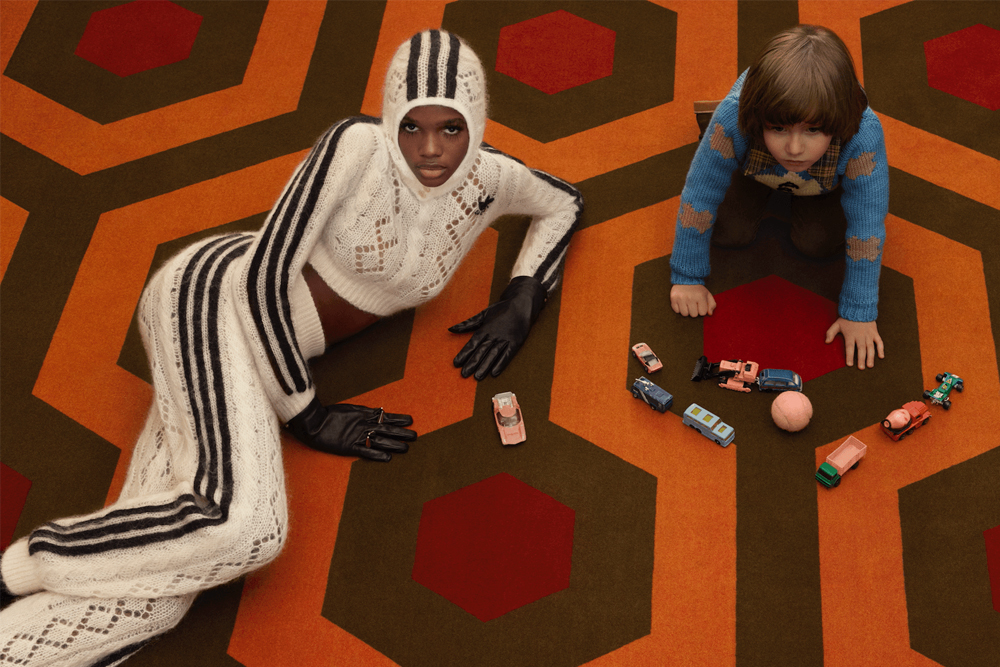 Gucci has released its latest campaign in collaboration with Adidas, highlighting its “Exquisite” collection, which launched on the runway at Milan Fashion Week for the Fall/Winter 2022 season.

House of Gucci drew inspiration for the campaign from the iconic works of director Stanley Kubrick. The images honor Kubrick’s classic pieces, with models posing in recognizable sequences from movies such as “The Shining,” “2001: A Space Odyssey,” “Eyes Wide Shut,” and “A Clockwork Orange.” The models for the advertisement are captured on camera by Mert and Marcus. The innovative director is a favorite of production designer Alessandro Michele, who frequently considers his collections from a cinematic perspective.

In a press release, Michele stated: “The ‘Exquisite’ campaign is my tribute to cinema and to one of its brightest maestros, Stanley Kubrick. A philosophic filmmaker who, better than others, emanated the magic of that inextricable knot through which cinema exudes life and magnifies it.” He explains, “In his selected sequences, everything becomes a single image, symbolically refined but capable of being deposited in a distinctly popular culture. In the end, I chose Kubrick for this reason as well. What it produced is part of the collective imagination. The fact that he was a visionary made his works as recognizable as the Sistine Chapel or The Simpsons.” Michele then describes how he has always been captivated by the world of cinema, owing to its ability to generate tales capable of truly examining reality, the adventure of human life, and its journey. “This is why I have always considered my collections as films capable of rendering a cinematography of the present: a score of stories, eclectic and dissonant, able to sanctify man and his transformative capacity.”

A model wearing a lace blouse, a belted skirt, and brown boots is seen in one picture standing next to the well-known twins from “The Shining.” 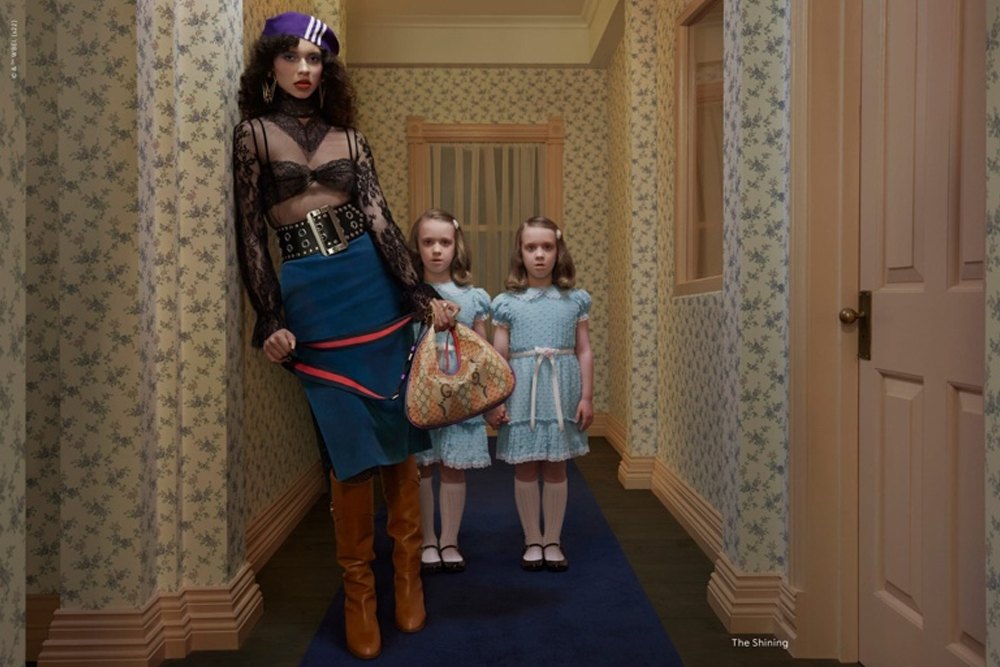 In another image, a model wearing a ruffled green gown appears to be imitating a scene from “2001: A Space Odyssey.” 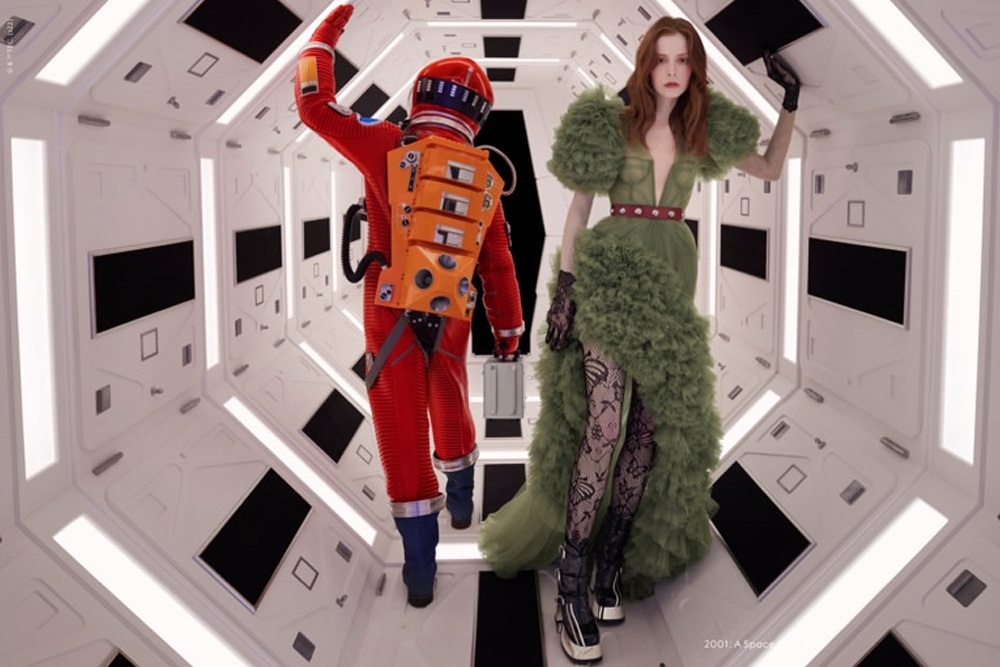 In another image, the model poses next to masked figures from the movie “Eyes Wide Shut” while wearing a faux fur coat and several strands of jewelry. 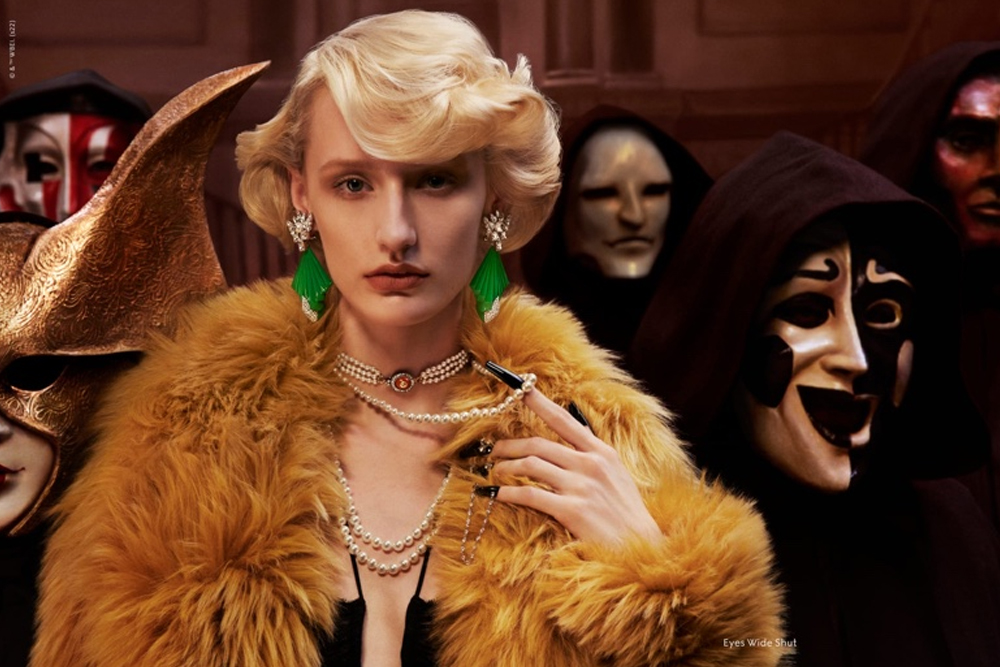 Check out the campaign. 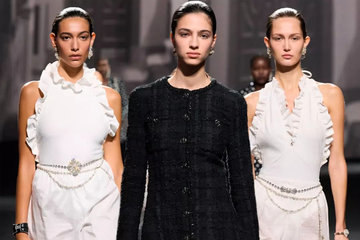