watch out for this impressive and adorable talent! Go girl! 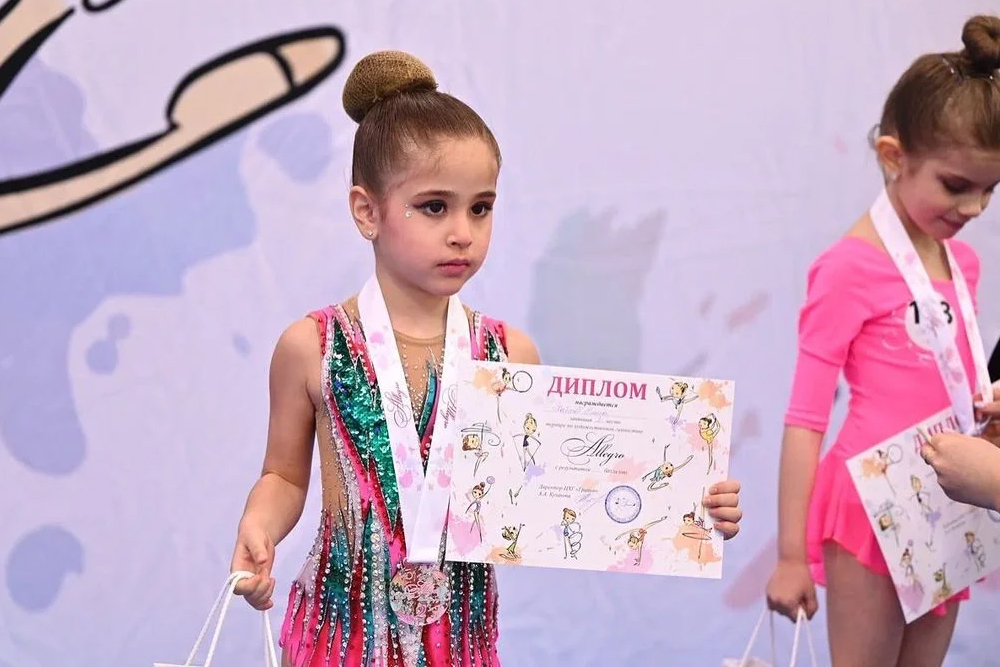 With dreams of becoming an Olympic rhythmic gymnast, six year old Saudi gymnast, Elena Habhab, has won five medals in her first year of competition in Moscow. Elena first discovered her passion for gymnastics when she visited her Russian grandmother and enrolled herself in a sports club there.

Her mother, Rima Wannous, said in a statement, “Elena was impressed to watch girls play and make attractive movements, so she decided to join this fun sport.”

Having joined the beginner’s class, Elena’s knack for the sport was noticed by trainers and she progressed into advanced classes within just 3 months of joining. Recently, she participated in an open club championship in Moscow and won first place. 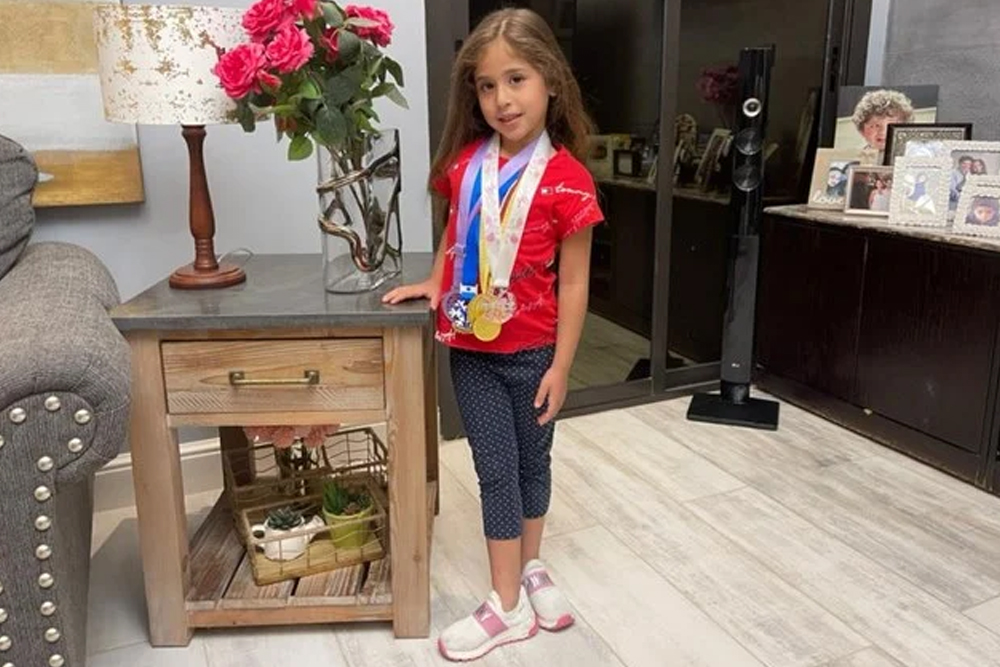 “With her skills, she managed to win the competition, and then she participated in three championships with a group and took second place. After that we decided that she should stay in Moscow to pursue her dreams since the sport isn’t available in the Kingdom yet,” said her mother.

So what is rhythmic gymnastics?
Rhythmic gymnastics is a women’s only competition in which the player performs graceful movements to music while holding objects, such as a ribbon or ball. Each performance is assessed by referees and points are awarded based on performance and technique.

The gymnasts are judged on their agility and the difficulty of their choreography - including the skill of launching and capturing their chosen performance instrument.

The 6 year old trains for 8 hours daily in Moscow, and her mother explained that for Elena’s love for the sport, she decided to move to Russia, “I thought that she would not want to go to Moscow again because of the tough exercises, but she surprised me. When we returned to Saudi Arabia, she insisted that we go back to Russia to train. So I had to leave all my work here and take her to Moscow because this sport doesn’t exist in Saudi Arabia right now.”

Even at 6 years old, Elena, who is fluent in English, Arabic, Russian and is learning Chinese, dreams of representing Saudi Arabia at the Olympics, as she shared her love for her sport, “I love gymnastics because it makes me strong, flexible and patient. I also love competition, and I am happy when I am taking first place.”