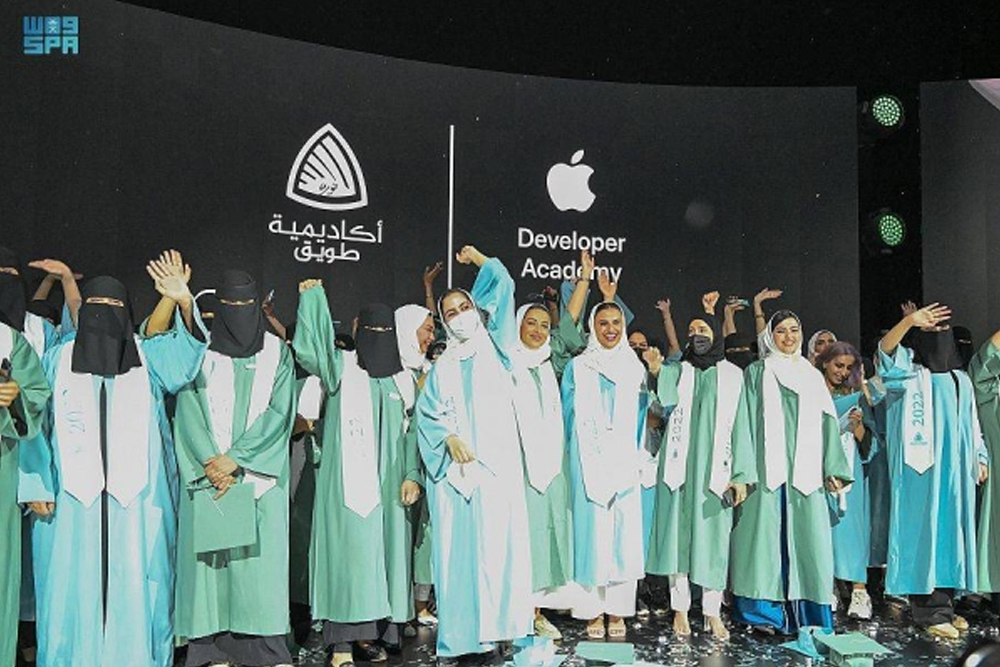 The Apple Women's Developer Academy has graduated its first batch of 103 female students earlier this week, which is seen as a milestone for preparing women for software engineering for Apple hardware. This falls in line with ongoing partnership between Apple Development Academy and Saudi Arabia.

The Vice President of Apple's European Operations, Cathy Kearney, attended the event alongside Saudi ministers and other figures, including Minister of Investment Eng. Khaled Al-Falih; Minister of Communications and Information Technology Eng. Abdullah Al-Swaha; President of Princess Nourah Bint Abdulrahman University Dr. Inas Al-Issa; and Chairman of the Board of Directors of the Tuwaiq Academy Faisal Al-Khamisi.

Al-Khamisi gave his thanks to Apple's partners for their ongoing efforts in Riyadh, while noting the importance of the digital market in Saudi Arabia. Dr. Al-Issa noted that the students' graduation marked a turning point in achieving goals set by the Kingdom's Vision 2030 program, which includes female empowerment, and investing in promising sectors. In fact, the launch of the Apple Women's Developer Academy on Riyadh was a key step in transforming the Saudi capital into a regional hub for digital technologies and innovations.

The Apple Women's Developer Academy first announced its operations in Riyadh back in July 2021, and had just begun offering its courses earlier this year. This is done in collaboration with Princess Nourah University and Tuwaiq Academy, and partnership with the Saudi Federation for Cyber Security, Programming, and Drones. Its first batch of students comprised of women between the ages of 20 and 35. Currently, over 45,000 women have shown interest in applying to the academy, many of who are of over 40 nationalities and 118 educational backgrounds. The academy is looking to educate over 600 women annually.