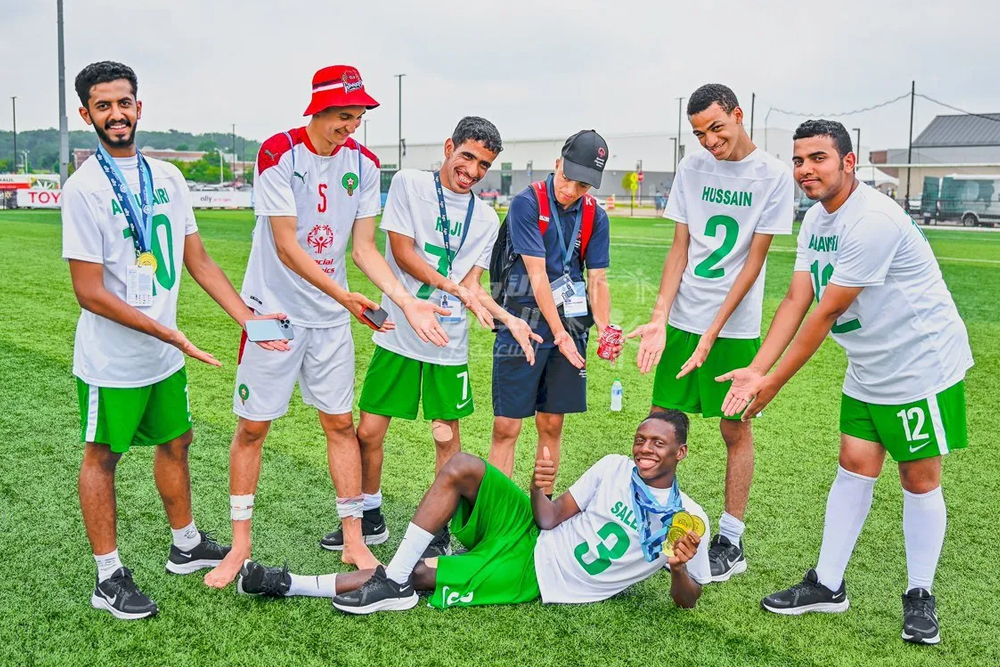 Making history, the Saudi Arabian team won the gold medal at the Special Olympics Unified Cup 2022, as they defeated Romania 3-1 in the final match. This was the first time that the Saudi team had competed in the Special Olympics Unified Cup, alongside 22 teams from all over the world, from 31st July – 6th August 2022 in Detroit, Michigan in America.

In this version of the Special Olympics, unified sports, teams are made up of players with and without intellectual disabilities. The UAE, Egypt and Morocco were among the Arab teams that competed in the cup, representing the region. Other competing teams were from Brazil, the US, Jamaica, South Korea, Nigeria, Paraguay, Romania, and Singapore.