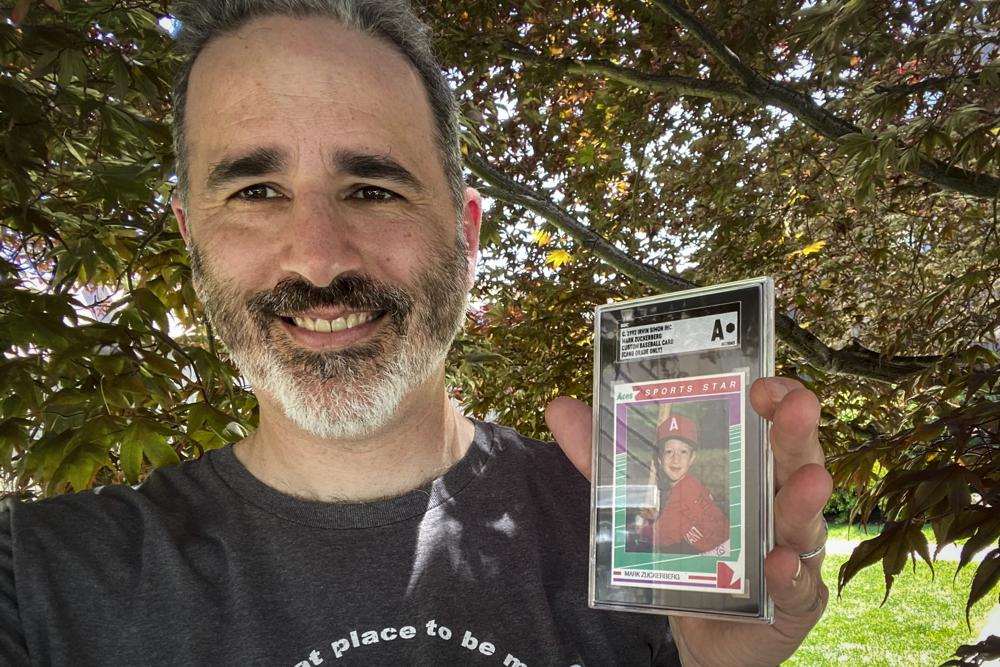 When camp counselor Allie Tarantino was flipping through a magazine years ago, he came upon a familiar name: Mark Zuckerberg. He rifled through boxes of memorabilia in his basement, running his fingers over old photos, newspapers and bus maps before finding a baseball card featuring a very young Zuckerberg grinning in a red jersey and gripping a bat.

Three decades later, Tarantino is hoping that a signed baseball card featuring one of the richest men in the world will bring a fortune when it is put up for auction next month.

“It’s like my version of a midlife crisis. I’m 50 years old — what am I going to do with this?” Tarantino joked.

As told by Tarantino — who still works summers at Elmwood Day Camp in Westchester, New York — Zuckerberg, then age 8 or 9, offered the card he’d had printed as a parting gift at the end of camp 30 years ago.

“As somebody who collects things, it’s always really difficult to part with whatever you have in your collection. But I’ve always been like weirdly curious about how the public would react to something that’s like this that’s a weird combination of pop culture and memorabilia,” he said.

The card will also be auctioned off as a digital collector’s item — a so-called NFT, or non-fungible token, that has become a popular way to own memorabilia. 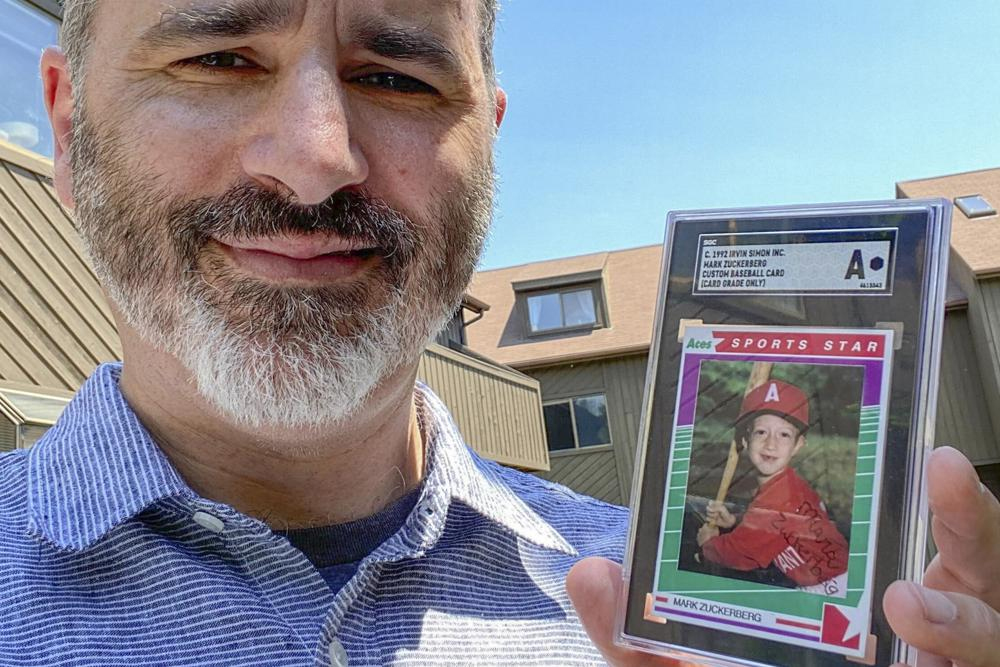 Zuckerberg posted about the auction Thursday on Instagram, partly as a way to promote NFT technology in general, but also to help promote NFTs across his company’s platforms.

“We’re going to auction off the card against a one-of-a-kind NFT of the card,” said Stephen Fishler, founder of ComicConnect, which is auctioning off the items.

He called it “a virtual steel cage match,” with bidding on the physical card in U.S. dollars and the NFT done in Ethereum blockchain currency.

Fishler said he’s uncertain of the value of the items, considering they aren’t the usual kinds of memorabilia put up for auction.

In recent years, there’s been lots of interest in collectors’ items involving athletes. Rare baseball cards have gone for millions of dollars. A mint-condition baseball card of Mickie Mantle is expected to fetch $10 million, perhaps more, when it is sold at auction later this month.

Tarantino, now a 5th grade teacher in Connecticut, held on to the Zuckerberg baseball card, not knowing when he filed it away in his basement that the kid would someday become a household name and would be responsible for one of the biggest technological advancements — or time wasters — in social networking.

“I’m a sentimentalist at heart. When people give me something, I hold on to it, I’ve kind of always been like that,” Tarantino said Wednesday evening.

“He was definitely a kid you knew and remembered. I was the kind of kid who just kind of blended into the background. He wasn’t one of those kids,” he said.

Zuckerberg was already larger than life, Tarantino said. “On the back of his card, he put a .920 batting average — which is like impossible in baseball. So even as a little kid, he was aiming big.”