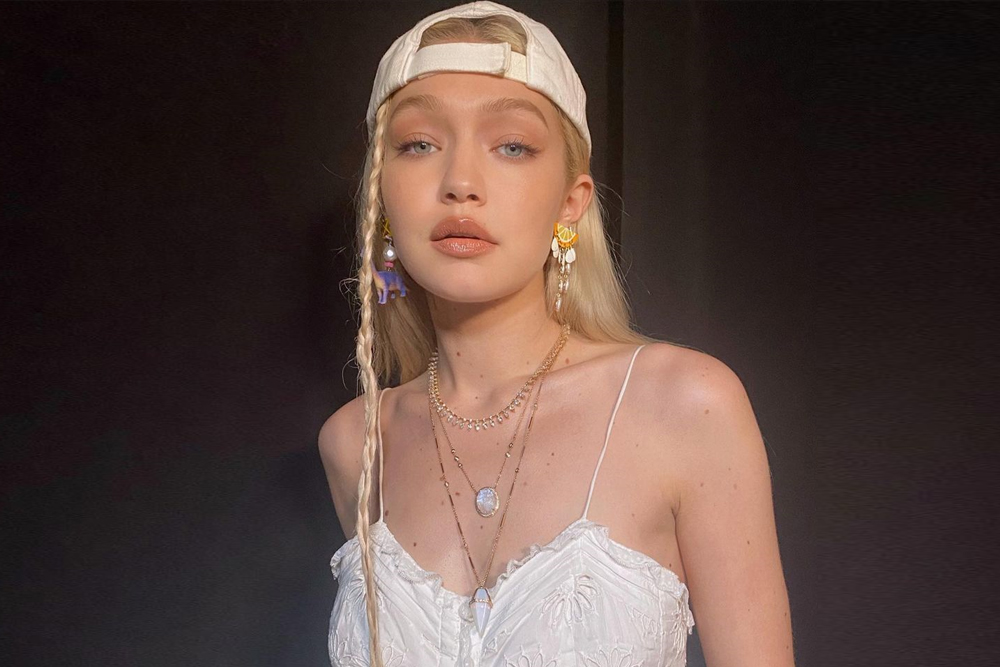 This week, Palestinian-Dutch supermodel, Gigi Hadid, announced that she is close to launching her new clothing label. Hadid took to social media to share a sneak peek of her new brand, “Guest In Residence.”

The supermodel turned designer- entrepreneur shared some behind-the-scenes images of the processes of creating her upcoming knitwear brand.

She posted images of herself working, fabric swatches, the brand’s logo, and tags as well as piles of samples from her line, whilst also wearing a piece from her collection too!

Its yet to be confirmed when “Guest In Residence” will be officially launching, but the label’s Instagram and website are up, and currently reads “Coming Soon” on the site’s homepage. Of course, upon seeing the exciting news, Hadid’s friends and family flocked to congratulate the 27 year old model and mother of one, in her comments, with Hailey Bieber writing, “So excited about this,” and her sister, Bella Hadid, also a model commenting, “What we’ve all been waiting for.”

We can’t wait to get our mitts on some of Gigi’s knitted creations this winter!

In the meantime, Gigi’s mother, Yolanda Hadid, 58 year old former model, made her return to social media after removing herself from it for over 8 months. She confessed that she had been struggling with depression following the passing away of her mother, and had suffered a relapse of her Lyme disease.

She wrote, “Coming back from a nine-month social media hiatus, a time to reevaluate my life. After the loss of my mother, I really struggled with depression followed by a Lyme relapse . . . the emotional stress and grief strongly affected my immune system.” Yolanda continued, “My phone addiction didn’t help either, it started to take so much time away from being present in my life. It’s so easy to get lost in other people’s stories while forgetting to live and love your own. Texting is so much easier than picking up the phone and calling someone. We are all guilty of it.”