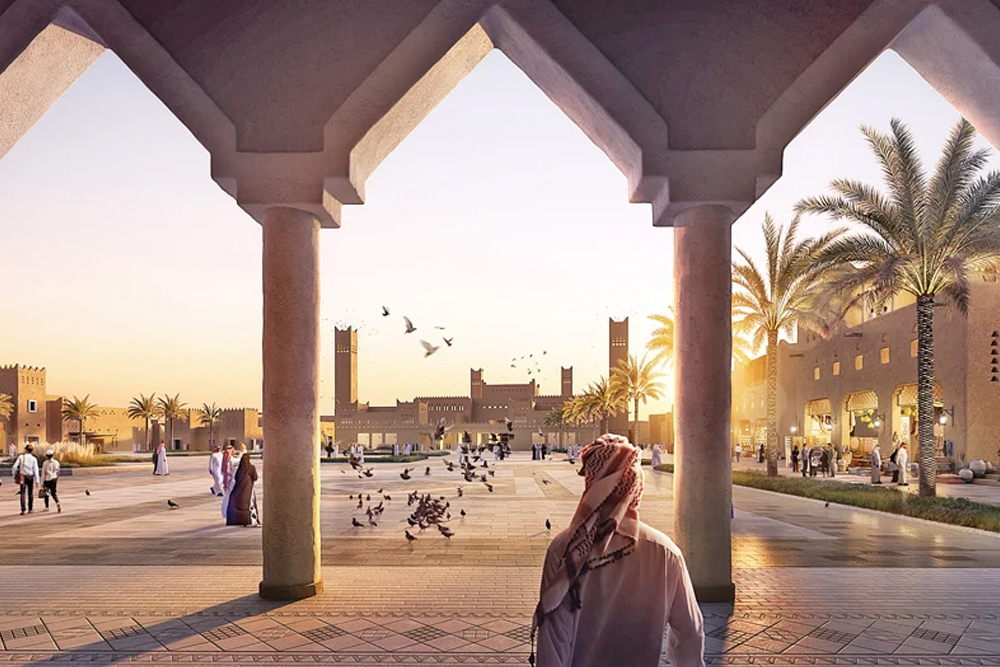 Five years ago, the Diriyah Gate Development Authority (DGDA) was requested to redevelop the “birthplace of the kingdom” by the Saudi government, in a bid to transform the city into a destination for tourism, entertainment and culture.

The city hopes to become home to the rulers of a G20 country, and a place of diversity for a number of communities from various backgrounds that are able to connect. The city encourages people to interact with one another, especially after 2 years in isolation due to the COVID-19 pandemic.

Once the development of Diriyah is finished, the $50 billion giga-project will be home to some of the world’s most luxurious restaurants and hotels built in traditional Najdi architectural style, as well as conservation areas and cultural venues. 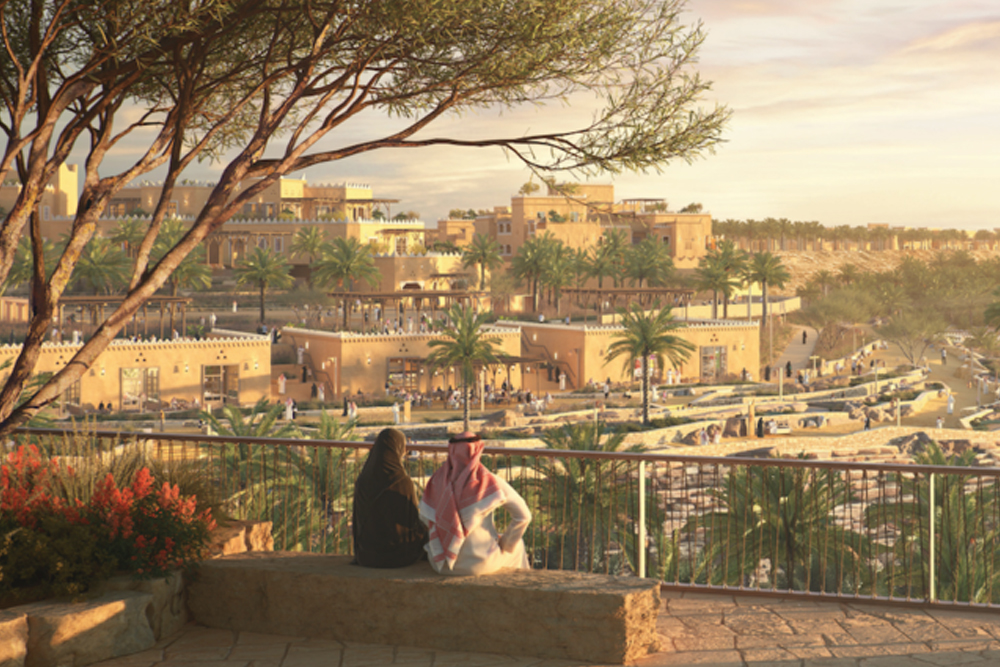 Diriyah is situated along the outskirts of the capital city of the kingdom, Riyadh, and sits on an oasis that split from the banks of Wadi Hanifa. The city’s mud-brick walls once encompassed a buzzing desert city that was a hub for culture and trade. The city’s At Turaif district was where the original seat of power for the Al Saud family was situated, and it was in 1727 that Diriyah was announced as the capital of Saudi Arabia – before it became that.

In 2010, At Turaif’s ruins became a UNESCO World Heritage site and in July 2017, a restoration plan was designed so that the city could once again become a modern version of what it once was 3 centuries ago. Jerry Inzerillo, group CEO of the Diriyah Gate Development Authority said in a statement about the future of Diriyah, “Nestled around the Jewel of the Kingdom, the UNESCO World Heritage site At-Turaif, birthplace of the Kingdom and former home of the Al-Saud royal family, Diriyah holds an incredibly special place in the landscape of the Kingdom of Saudi Arabia. It will be an iconic tourist destination and be synonymous with where the Kingdom and wider Arabian Peninsula’s story began.” 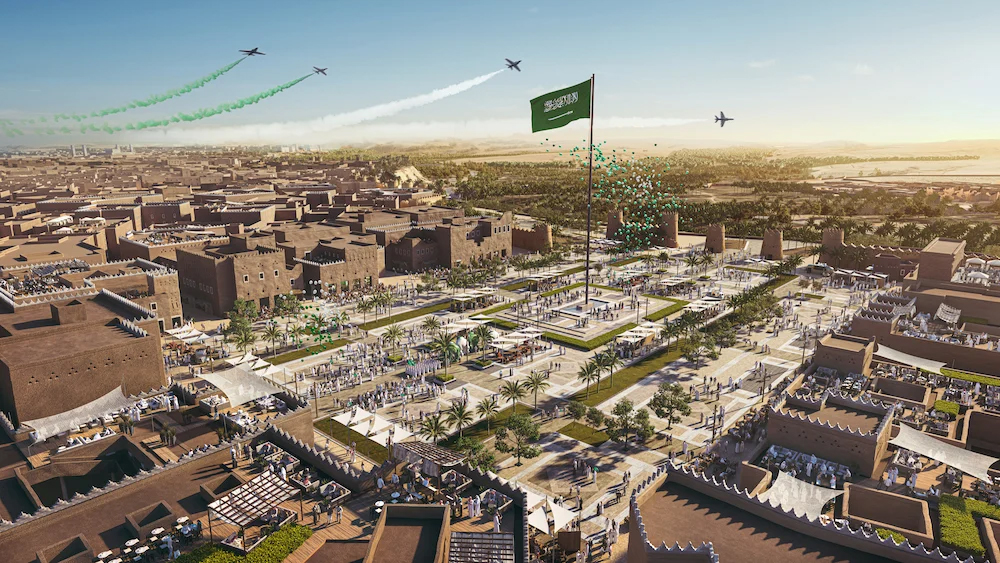 One of Diriyah’s biggest goals is to attract domestic, regional and international tourism by offering world-class leisure, hospitality and retail spaces, “We know that tourists are educated, more skilled, savvier, and sharper than ever before, and are on the hunt for experiences that cannot be found anywhere else,” added Inzerillo. “They want to be pioneers, not only visiting places that offer things that were not possible before, but also offer an authentic cultural experience. It is now more important than ever that our industry caters to these worldly, curious travelers by curating destinations that will satiate their appetite for the new and the authentic,” he said. 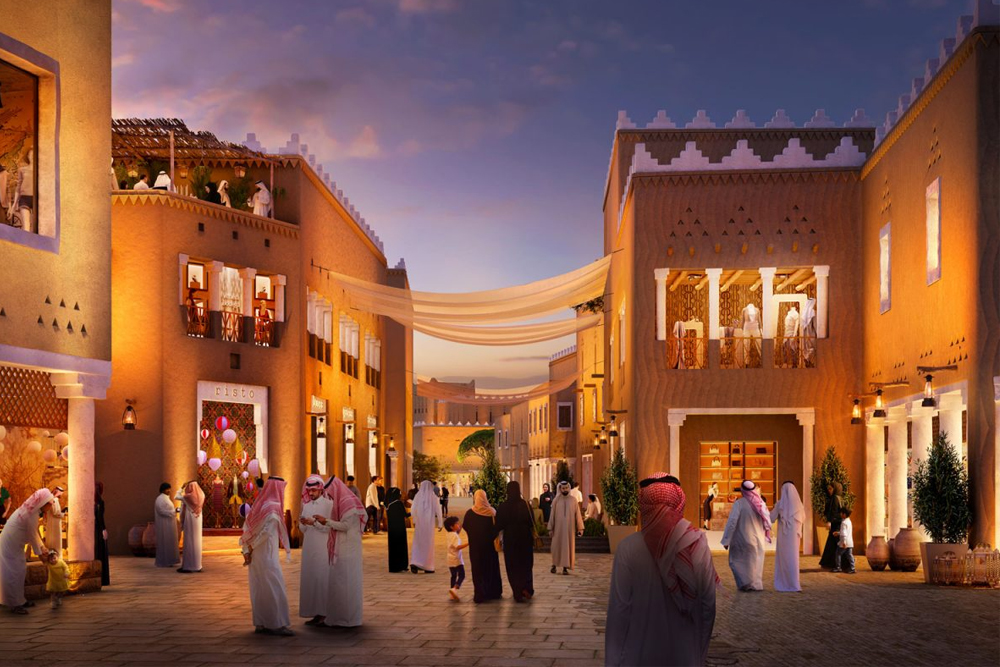 Diriyah as a destination is set to become the world’s largest cultural and heritage city, that hopes to attract over 30 million visitors annually by the end of this decade.

One of the core goals for the development of Diriyah is for it to be sustainable and environmentally friendly. The plans are aligned with the kingdom’s Saudi Green Initiative and the Vision 2030 economic diversification and social reform agenda. 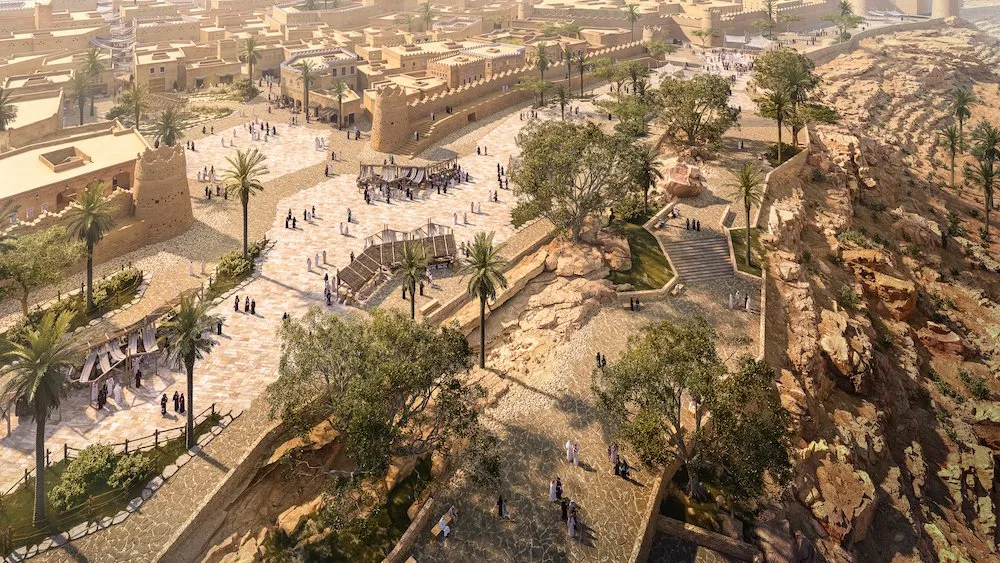 With many outdoor activities and spaces to be enjoyed, the development will host an open-air square with more than 20 open-air event spaces, a 3-km escarpment walk overlooking Wadi Hanifah and At-Turaif. There will also be parks filled with original and newly planted palms and children’s playgrounds. Health, fitness and wellbeing are a strong focus as developers will build a sports and recreation center, and over 9 km of cycling trails.

The city will host a number of sporting events, and has already hosted Formula E racing events, and the first heavyweight boxing championship to be held in the Middle East, “Clash on the Dunes.” Not having only hosted sporting events, Diriyah also held an exhibition by Cartier, a world class jewelry house.

For Inzerillo, “the project’s success will be its economic impact,” as he said, “Over the longer term, success will be once Diriyah positively contributes to the Kingdom’s GDP, creates an estimated 55,000 jobs, and attracts our target of 30 million visitors a year.” He added, “Diriyah is more than a giga-project. Diriyah is critical, because it anchors the Kingdom on its identity and on its soul, and the soul cannot be measured with money. The soul is measured on its culture and its people. That’s why it’s very important.”