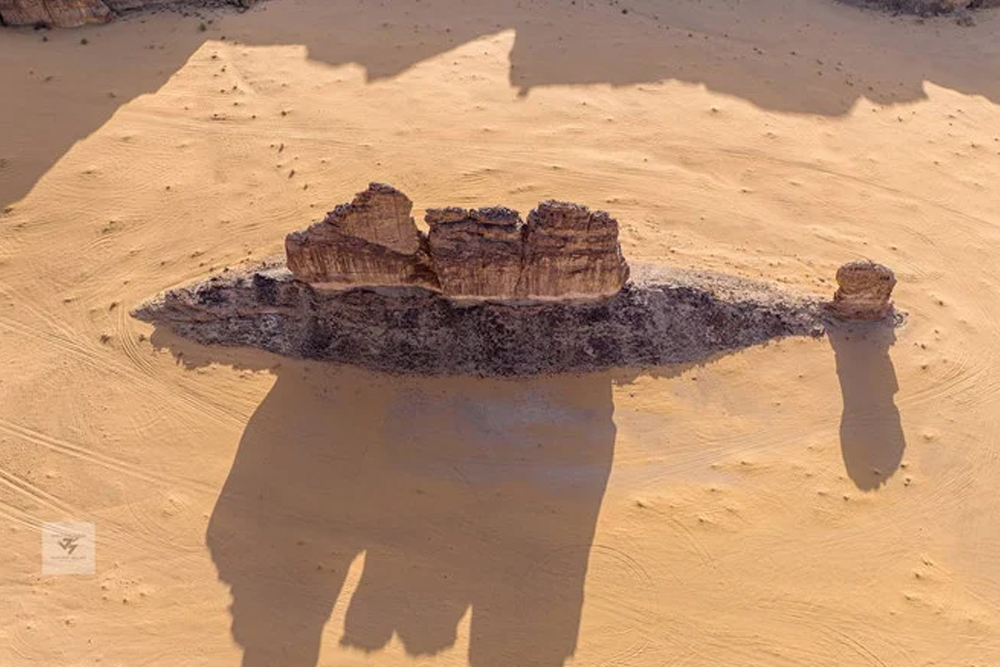 The Al Ula desert is not just a place to visit for your next vacation – it’s much more than that. The desert is home to a plethora of UNESCO World Heritage sites and the ancient remains of human civilizations that date back over 200,000 years. Recently, a new rock formation was snapped by a photographer’s drone – adding to the site’s many natural wonders.

He told local news and media that he spends time searching for ancient inscriptions as well as archaeological and historical scriptures, and unique rock formations across the Al Ula desert plains.

He said, “I quit my job as a police officer in order to free my time and practice photography as a full-time career.”

It was while El Enazi was using a drone camera to survey the desert for possible photographic locations that he discovered Fish Rock, “I went back home for some editing on the videos I took and was surprised by a strange rock shape that pretty much looks like a giant fish. I decided to return to the site for a better result,” he explained.

Being the first to publish his discovery of Fish Rock, his documentation and video went viral on social media platforms.

Al Ula is hailed for its breathtaking landscapes and iconic landmarks such as Elephant Rock, Hegra, the old town, Al-Diwan, Ikmah, and the Lion Tombs of Dadan – and it is believed by historians and archaeologists that there is much more yet to be discovered in way of historical attractions. 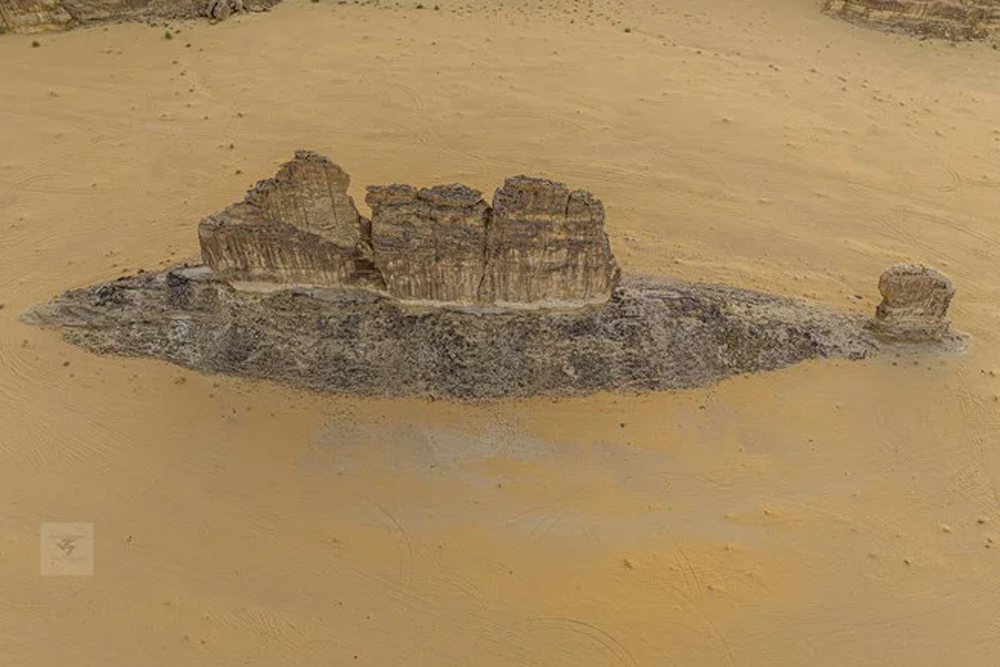 Thamir Al-Harbi, a Saudi geologist explained the scientific importance of the discovery, as he said, “AlUla is full of exquisite rock formations shaped throughout history by wind, gravity and tectonic movements that have brought us this distinction in the desert.” He also spoke about how the rock formation is around 550 million years old and dates back to the Cambro-Ordovician era.

The reason for Fish Rock being its name is because the rock and its surrounding resemble a “fish swimming in the ocean.”

Situated in the northwest region of the kingdom of Saudi Arabia, Al Ula is fast becoming a global destination as it hosts epic desert landscapes, rock formations and some of the world’s most noted ancient sites – some of which were built by Lihyanite and Nabataean civilizations dating back over 3,000 years.

Al Ula is described as “a notable wonder of the ancient Arabian world and a “living museum.””