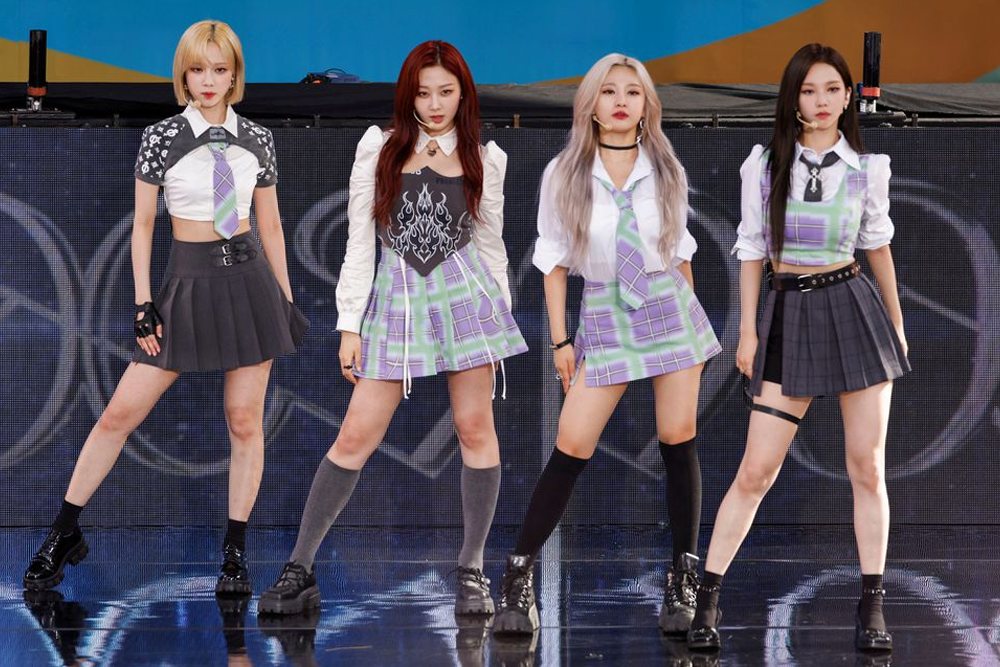 Making their debut in the middle of the coronavirus pandemic didn't stop Korean pop group aespa from winning fans, but it did stop the band from meeting them.

The group - made up of members Karina, Winter, Giselle and Ningning - has tried to remedy that since launching in late 2020. On a tour to promote their new album "Girls," the group performed at Coachella and appeared on "Good Morning America" - and are soaking up the chance to see fans in person.

"Because we didn't have a lot of opportunities to interact with a live audience because we were doing it during the pandemic, it didn't feel real when we first debuted," said group member Ningning. "It's a fascinating time for us."