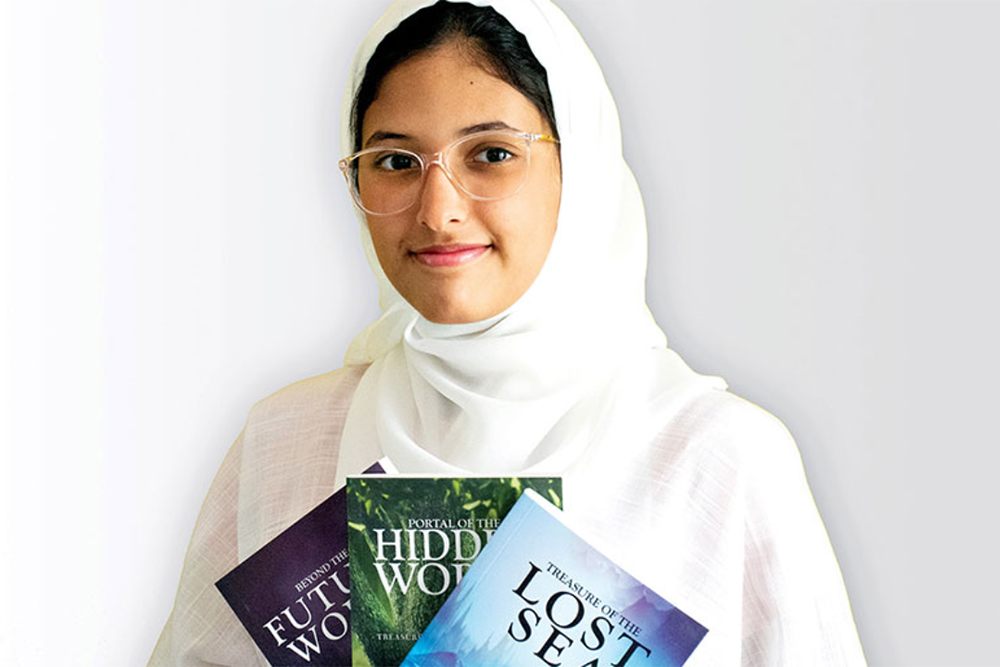 Hailing from the kingdom of Saudi Arabia’s Eastern Province of Dhahran, 13 year old Ritaj Hussain Alhazmi has officially become the youngest author in the world to publish an entire book series. She began writing at the age of just 6, and has authored and published three books in a series which officially makes her the “youngest person to publish a book series (female)”, according to the Guinness World Records. “Being a Guinness World Records holder is a big achievement that I want to share with young writers. I want to motivate and encourage young writers to take challenges and face obstacles,” said the young Saudi author as she accepted her Guinness World Record.

Inspired by her travels with her parents, Alhazmi’s first book, titled “Treasure of the Lost Sea” was published in 2019, and her second book, “Portal of the Hidden World,” was also published in the same year. In 2020, she published “Beyond the Future World,” which is the third in the series and is currently writing “The Passage to the Unknown,” which will be the fourth. 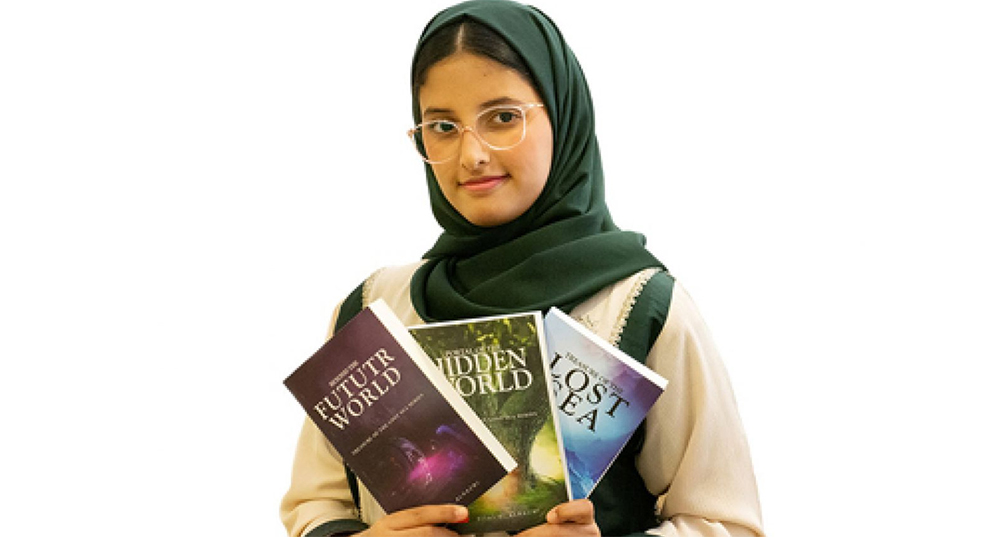 Having achieved so much at such a young age, Ritaj has been inspired by world famous authors such as Joanne Rendell and J.K Rowling, and with her own success as the world’s youngest person to publish a book series, she wishes to inspire other young people like herself to pursue their dreams of publishing books and becoming authors themselves.

Alhazmi also says that visiting Saudi Arabia’s libraries bought her to where she is today as a young published writer, having been visiting them since she was just 7 years of age.

“I write for my fellow children’s community. I realized there aren’t many novels for this age group, so I decided to create a few of my own,” she said in a statement. Ritaj Hussain Alhazmi continues to write and has her own website that sells her work. Her books can also be found on other online platforms.