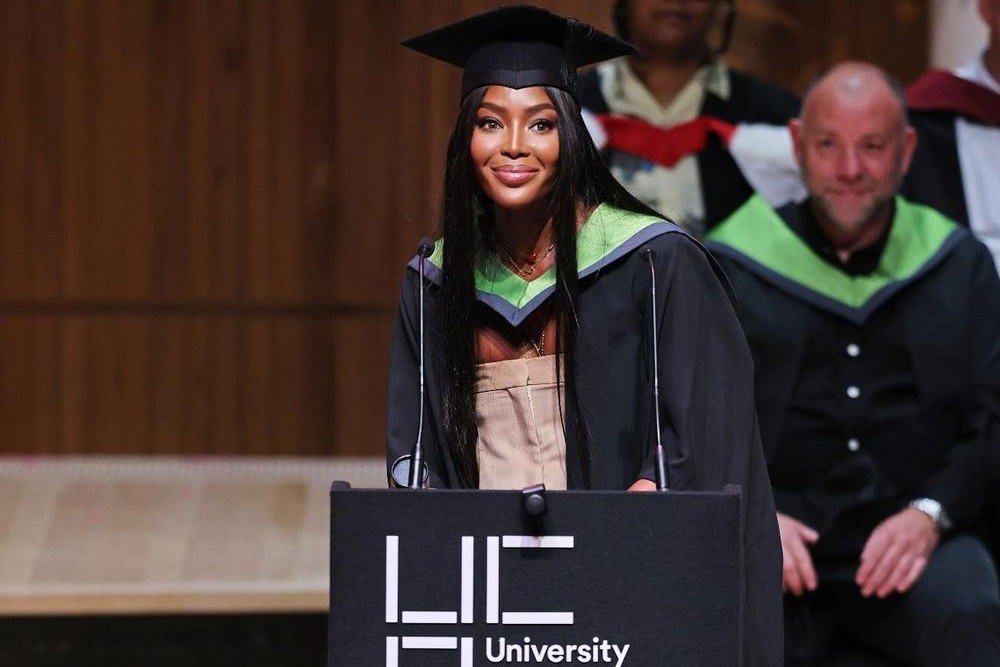 Naomi Campbell was awarded an honorary PhD from the UCA (University for the Creative Arts) for her influence on global fashion.

The doctorate was presented to her at the graduation of UCA Epsom students at The Royal Festival Hall on July 7, 2022 in London. The honorary degree comes after a landmark year for the icon, who recently became a first-time mother back in May. 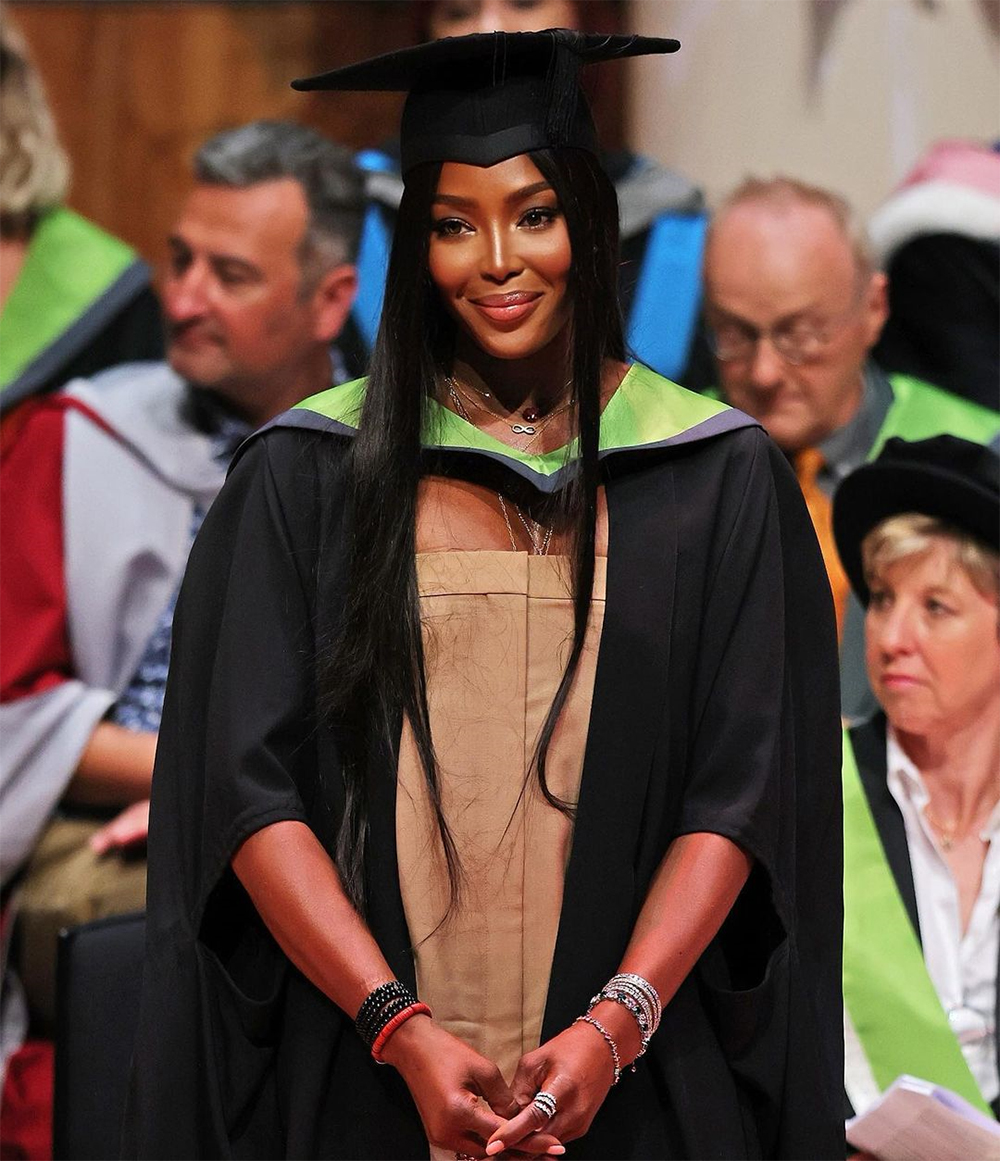 The supermodel and fashion guru attended the ceremony in a Burberry biscuit tailored jacket with orange lapels matched with a chic beige jumpsuit. She paired the outfit with black leather boots under her cap and gown as she took to the stage during the ceremony. She finished her look with sleek hair and opted for her signature radiant makeup. 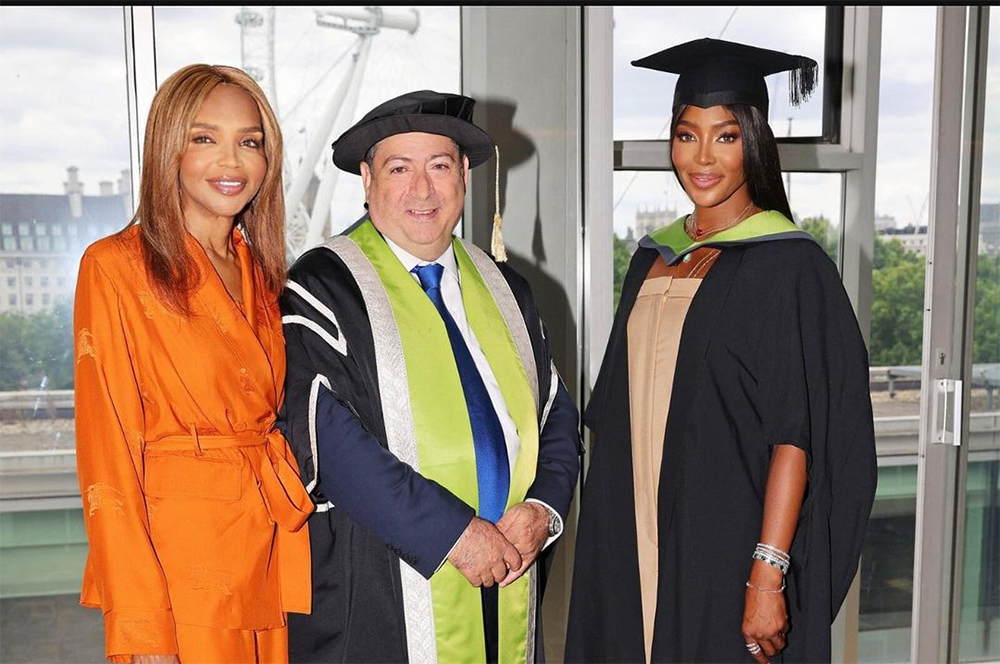 The South London icon has had her fair share of ordeals and hardship throughout her career. During her speech she shared how she was raised by “very strong women,” including her mum Valerie Morris who was in the audience and was given a special nod. She also shared some advice during the speech, crediting her “three Ds” for success: dedication, determination, and drive. "Never let anyone change the way you feel, change the course of what you and your vision and what you want for yourself,” Campbell advised the room of graduates. She said: “Never quit.” 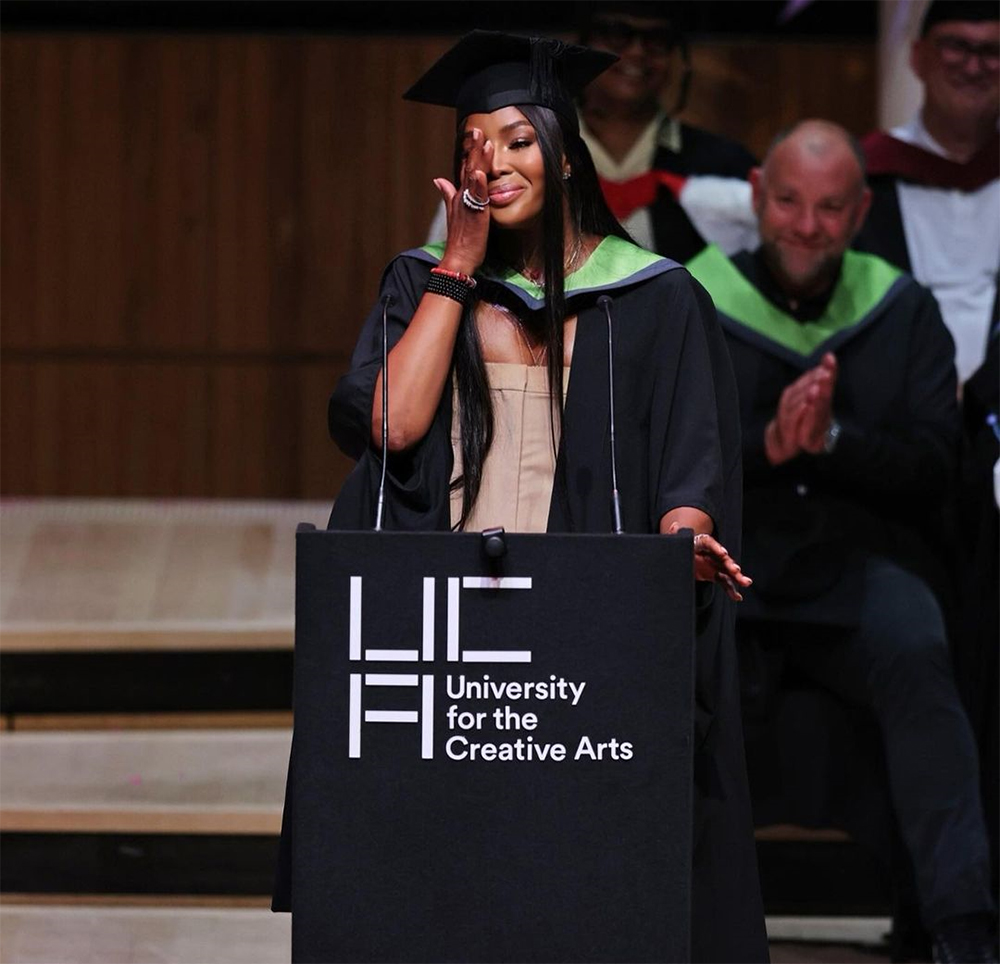 A video uploaded by @theperfectmag showed the teary-eyed 52-year-old saying: 'I'm just thinking; yesterday I was on the runway doing Balenciaga.' Campbell’s attendance at the ceremony came just a day after the supermodel made a regal appearance at Haute Couture Fashion Week in Paris, wearing a massive black Victorian Era ballroom gown.

She took to the runway for a star-studded Balenciaga show and was joined by some famous faces such as Kim Kardashian, Nicole Kidman, Christine Quinn, Dua Lipa, and Bella Hadid. 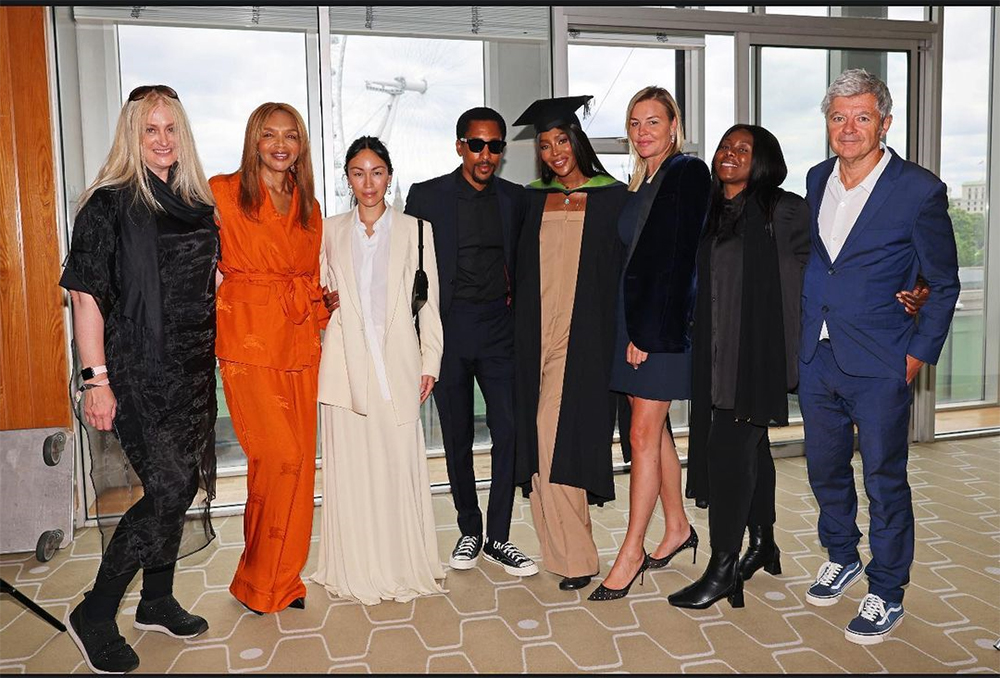 Campbell’s ability to grow into new fields has helped her longevity in the fashion industry as a model as well as an actress, activist, singer and businesswoman. At the early age of 15, she was scouted in London in 1986 and walked the runway for luxury fashion houses such as Chanel, Dior, Versace and the like until she became a celebrity. In 2005, she established the charity Fashion for Relief following Hurricane Katrina to organize fashion shows to fund-raise for the victims of the natural disaster as well as victims of the India terrorist attacks in 2009, the Haiti earthquake in 2010 and the 2011 Japanese earthquake. Campbell has also been in involved in other humanitarian relief projects. 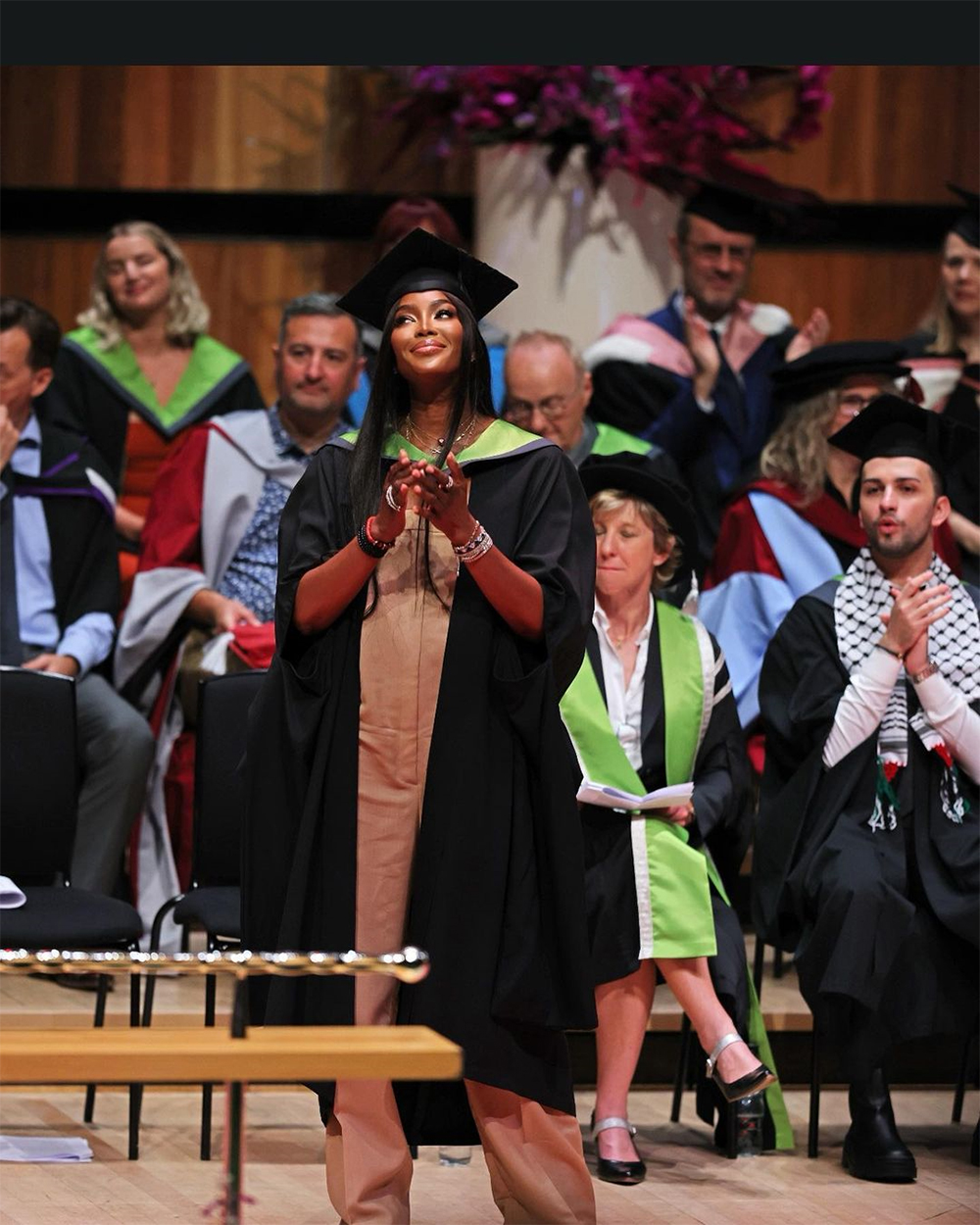 Needless to say, Campbell has wowed audiences with her elegance and grace for years, and will continue to do so.