"Art of Orientation," the Largest Collection of Islamic Arts in Saudi Arabia 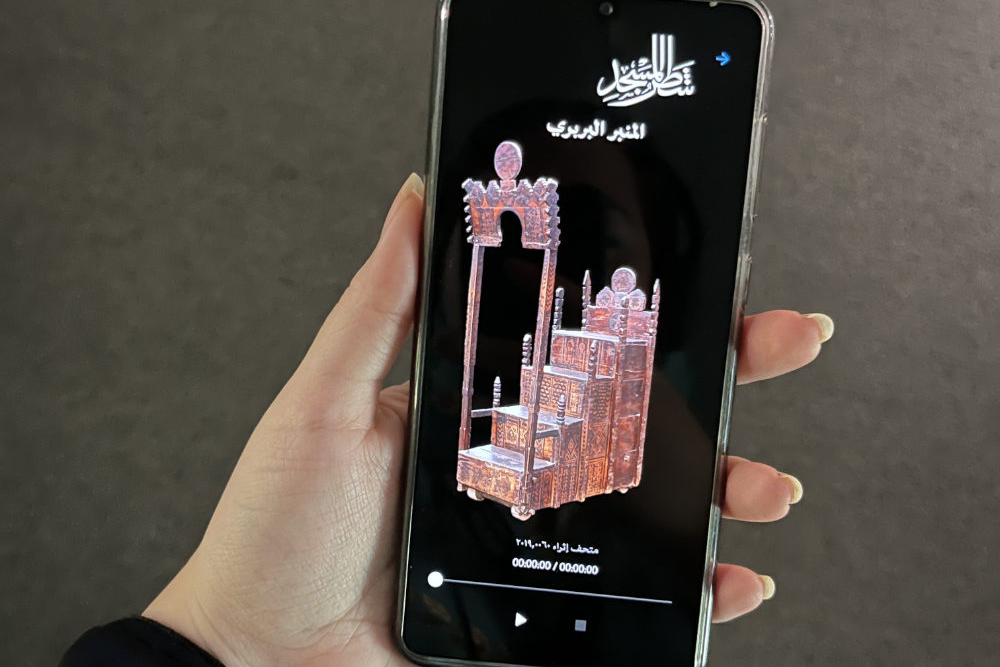 Saudi Arabia's King Abdulaziz Center for World Culture (Ithra), a cultural initiative by Saudi Aramco, is bringing an immersive dive into Islamic Arts with "Shatr AlMasjid: The Art of Orientation." Showcasing what is considered the largest collection of Islamic arts in the Kingdom, it is currently being curated at Ithra's museum (Gallery 3), which recently held a guided tour during the first week of July. The exhibition will run for the entire year.

From a romantic evening in Al Ula to a dive in the turquoise waters of Yanbu beach, here’s how to escape the heat and have the best time in Saudi Arabia this summer. https://t.co/6xUk08tGDO

" The Art of Orientation” focuses on mosques in the region, but especially their history, functions, interiors, and artifacts. With the themes "aesthetics," "evolution," and "function," it serves to introduce both locals and tourists into the world of Islamic heritage by showcasing the largest collection of Islamic arts and relics from across the globe. This includes pieces originally from both the Sacred Mosque in Mecca and the Prophet's Mosque in Medina.

4 Reasons You Should Spend Summer In Al Ula: https://t.co/smjZYVk9Pa pic.twitter.com/idOdq3QdEd

Examples of relics that were showcased during the guided tour included minbar, mihrab niches, calligraphic works, prayer rugs, mosque lamps, and Qur'anic manuscripts. In addition, mosque models from around the world were featured as well, with structures from Indonesia, China, Mali, Syria, Iraq, Uzbekistan, Egypt, and the original Prophet's Mosque in Medina.

In total, the gallery consisted of 84 works from the Museum of Islamic Arts in Cairo, under the direction of the Supreme Council of Egyptian Antiquities, and 34 objects from Ithra's own collection. Visitors are also able to explore Saudi Arabia's mosques through five virtual reality (VR) walkthroughs, including the Two Holy Mosques of Mecca and Medina.

A new initiative will nurture the talent of Emirati screenwriters and support them in pursuing work with some of the best #Bollywood studios.https://t.co/nXUpW0teRx

Founded in 2018, Ithra has functioned as a cultural and creative destination for talent development and cross-cultural experiences. In addition to the museum, it is other facilities include a children's museum, a theater, a cinema, a library, and many others.