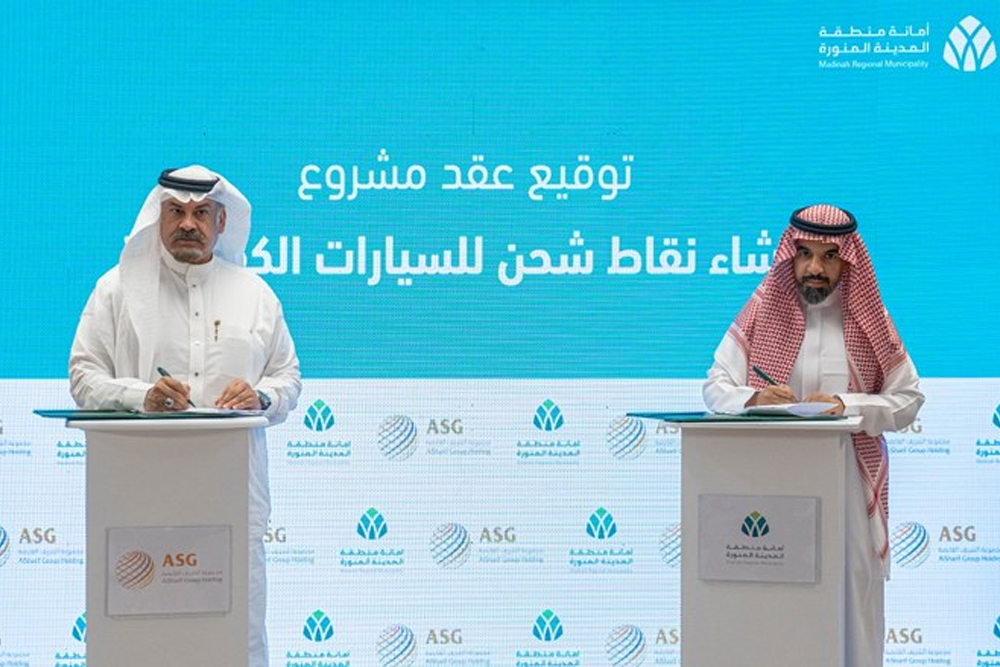 Saudi Arabia’s Al-Madinah Municipality has just signed a contract that will see 12 new charging stations installed across the region, in line with the Kingdom’s efforts towards investing in cleaner sources of energy. Mayor Fahd Bin Muhammad Al-Balishi was joined with Dr. Ahmed Sindi, CEO of Sharif X Company for Electric Vehicle Charging Solutions, in signing the contract.

The new project will enable owners of electric vehicles (EVs) to easily recharge on the go, simultaneously serving as an incentive for new consumers to purchase electric vehicles in the near future. The charging stations are expected to provide advanced AC and DC charging for medium and fast charging devices, with power measuring 22 - 200 kilowatts.

A new partnership between KAUST and Ocean Aero, a manufacturer of autonomous marine submarines, will elevate academia and research in the Red Sea.https://t.co/dxyQoKoE8K

In addition, Kalyana Sivagnanam, the CEO of Petromin, a multinational company known for its car care solutions and lubricants, recently explained that his company will be increasing its number of charging stations within the region. Electromin is the company's subdivision focusing on providing charging stations to EV owners, which currently has 100 charging stations nationwide. By the near future, the company hopes that this will encourage more consumers to purchase electric vehicles.

Investing in charging stations is part of Al-Madinah Municipality's efforts to promote sustainability, while helping Saudi Arabia reduce its carbon emission. As part of its Vision 2030 program, the Kingdom is partnering with the indigenous company, ACWA Power, which is currently investing in renewable energy. In fact, the Kingdom is poised to replace fossil fuel in its power plants in favor of renewable energy. By 2030, half of its power supply is expected to be generated using green alternatives.

Although low-tech in comparison, the Kingdom is also driving towards nature by reducing carbon emissions. This includes planting new trees and conserving vulnerable ecosystems nationwide. This falls under both the Saudi Green Initiative, which also touches on renewable energy as with the Kingdom's partnership with ACWA Power, and the Middle East Green Initiative.