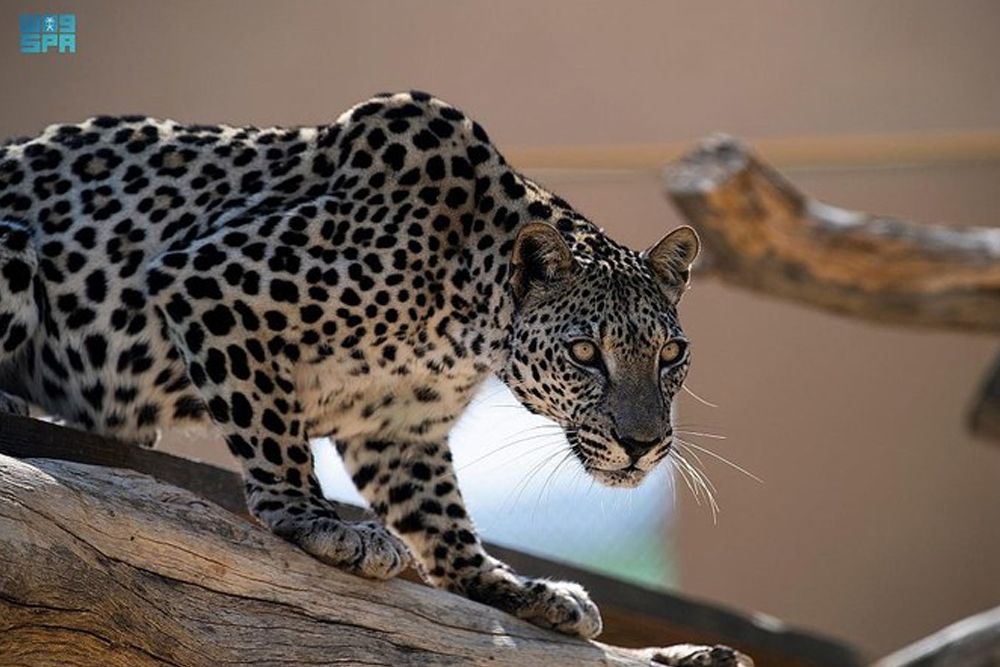 Assouline Publishing just launched a new book entitled "The Arabian Leopard," which takes a look at the Kingdom’s efforts in protecting its endangered wildcats.

The new book is published by Assouline Publishing House in London, which held the launching ceremony with HRH Princess Reema Bint Bandar Al Saud. The Saudi Ambassador to the United States has been one of the country’s key players in protecting Arabian leopards, and is also well known as the founding president of Catmosphere, which focuses on raising awareness regarding big cat conservation. She was also joined with His Royal Highness Prince Khalid Bin Bandar, the Saudi Ambassador to the United Kingdom, who also took the opportunity to stress the need to protect and reintroduce Arabian leopards into the wild.

"The Arabian Leopard" documents efforts carried out by the Royal Commission for AlUla (RCU), which has been at the forefront in preserving Arabian leopard habitats in partnership with the Saudi Green Initiative. This is in addition to running breeding centers aimed at helping the wildcat population to bounce back. The book consists of works by several experts, and over 100 arts and photos relating to the subject. Furthermore, it also touches on Arabian tigers, which have existed for over 500,000 years.

According to the International Union for Conservation of Nature (IUCN), only less than 200 Arabian leopards currently exist in the wild, which is why Saudi Arabia is keen to protect the wildcats, in addition to launching new breeding centers by 2024. At the same time, the Arabian Leopard Fund was set up to help finance conservation efforts, with $25 million allocated for the purpose. All conservation efforts by the RCU fall in line with the Kingdom's Vision 2030 program.