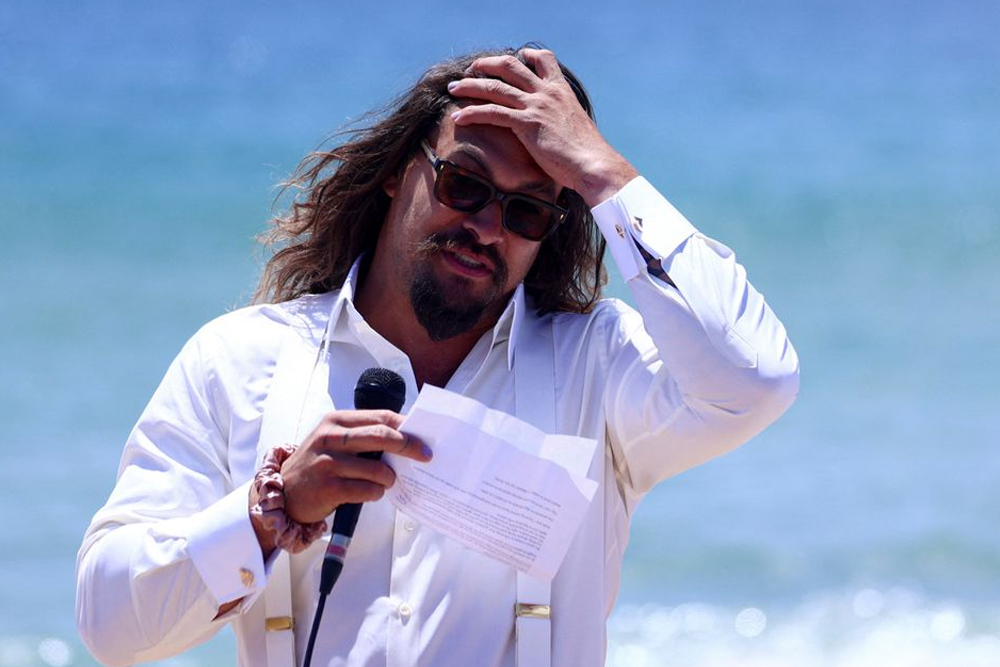 In superhero blockbuster Aquaman, popular Hollywood actor Jason Momoa plays the role of protector of the deep, but with the world's oceans under threat in real life, he is also taking the fight off-screen. "Without a healthy ocean life, our planet as we know would not exist," Momoa said with the sea behind him as he took part in an event on a Portuguese beach ahead of the United Nations Ocean Conference in Lisbon, which starts on Monday. Around 7,000 people, from heads of state to environmental activists, are expected to attend the conference, which was postponed from 2020 to this year due to the coronavirus pandemic. 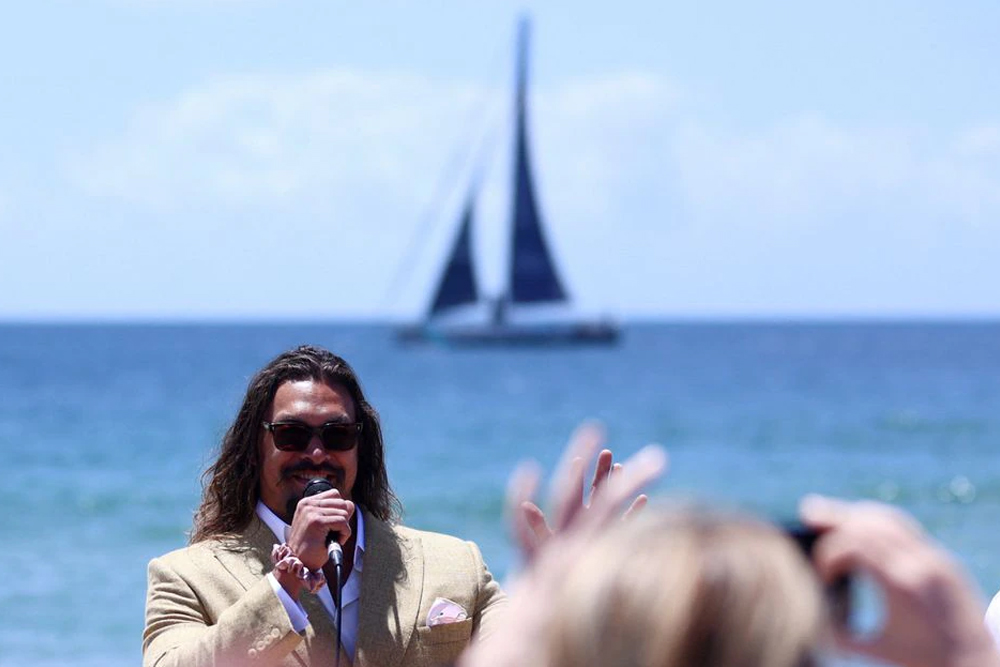 Dozens of youth activists from various countries clapped and cheered as Momoa, who will soon become the U.N. Environment Programme advocate for Life Below Water, spoke about the problems facing the world's oceans.

"We must seek to right the wrongs we have done against our children and grandchildren, turn the tide on our irresponsible stewardship and build momentum for a future where humanity can once again live in harmony with nature," said Momoa, 42.

Momoa is known for his role as Arthur Curry, a half-human, half-Atlantean character in DC Comics' Aquaman, which takes viewers to the underwater world of the seven seas. Aquaman 2 is scheduled for release in March 2023. U.N. Secretary-General António Guterres joined Momoa at the event and apologised on behalf of his generation for not doing enough at the time to tackle climate change, save the ocean and protect biodiversity.

"Even today we are moving too slowly...we are still moving in the wrong direction," Guterres said, also pointing a finger at the fossil fuel industry. "It's time for these behaviours to be seriously condemned."

The ocean covers 70% of the planet's surface, generating over half of the world's oxygen and absorbing 25% of all carbon dioxide emissions but climate change is increasing its temperature and causing sea levels to rise. Eleven million metric tons of plastic ends up in the ocean each year, a figure that's expected to triple by 2040 unless production and use of throwaway are reduced, multiple scientific studies show.