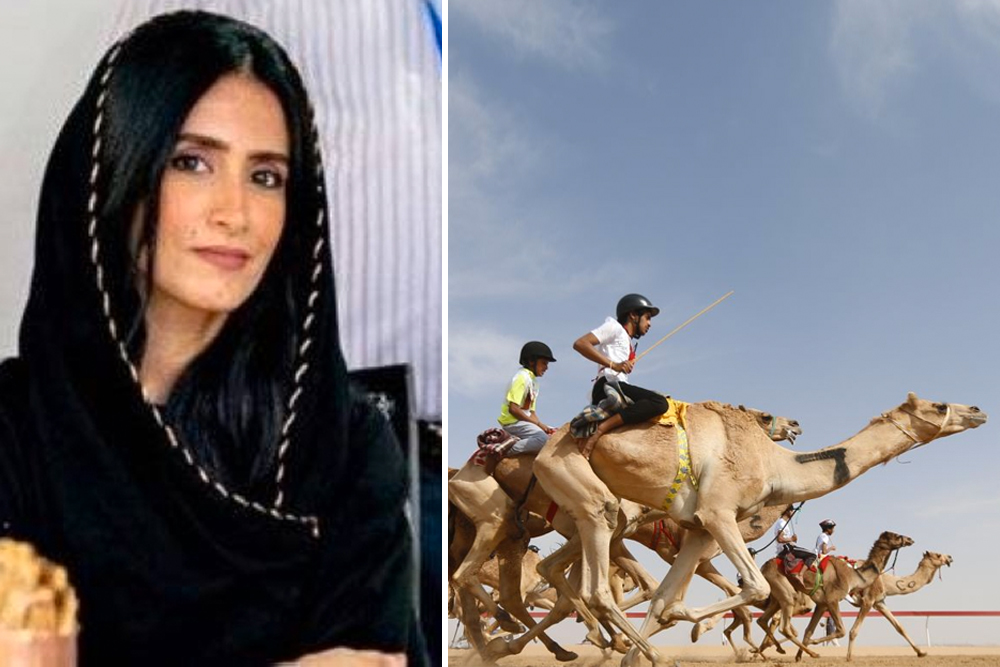 Sarah Al-Akour has become the first woman in Saudi Arabia to fill the role of sport commentator at camel races, having previously commented on equestrian events. She was one of 27 applicants to be selected at the Golden Commentator competition. Starting off in January, the Saudi Camel Racing Federation held the event in hopes of seeking out talents who would be part of covering the Kingdom's camel races, initially receiving 300 applicants.

Amongst Al-Akour's strengths as commentator is her ability to gather information on race competitors, camels, logos, and other information required for her line of work. In an interview with Saudi Gazette, she explained that her lineage gave her the advantage of remembering and pronouncing names correctly. "Names are easy for me to pronounce because I am a daughter of this authentic heritage, and I have the know-how and awareness of how to pronounce names while commentating, a job that gives great pleasure," she said.

However, she also expressed her desire to improve her skills, stating that commentating on equestrian races was quite different from commenting on camel races. "I was not influenced by camel racing commentators. I just observe but without absorbing their style, because each commentator has his own identity, culture, and style, which should be like a thumbprint for every person, and not a duplicate of other commentators," she said.

Golden Commentator is just one of several approaches taken to nurture female talents in camel sports. For instance, 38 female contestants took part in the sixth edition of the King Abdulaziz Camel Festival, each competing at either three of the individual color categories, as well as an individual category of meghatir breeds. Ten women qualified at the first round in January, with winners being announced at the closing ceremony the following month.