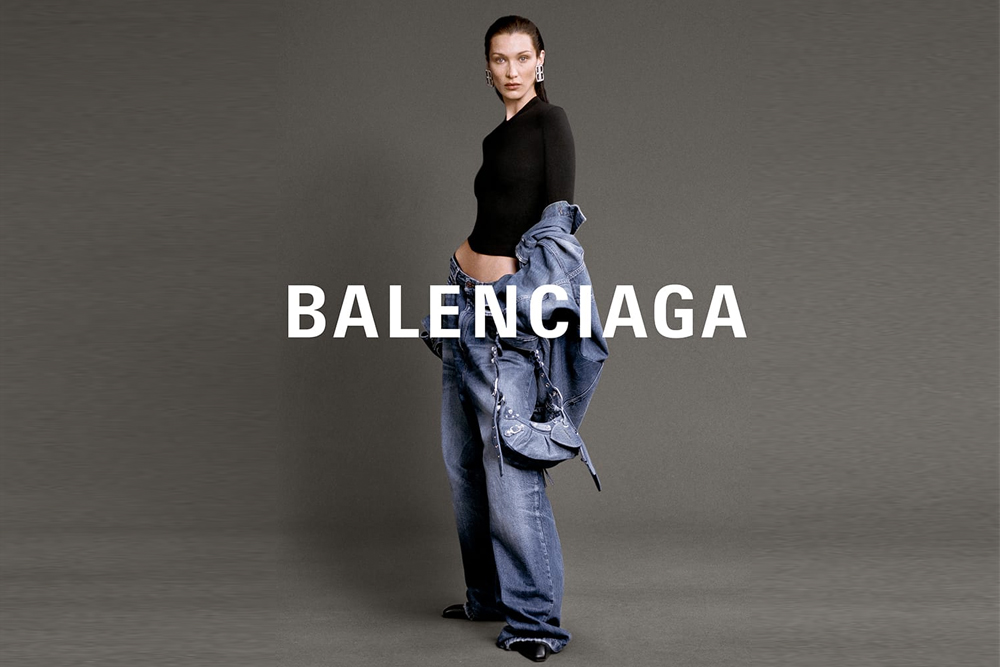 Palestinian- Dutch – American supermodel, Bella Hadid is the face of Balenciaga’s Fall 2022 campaign. Photographed by British artist, Nadia Lee Cohen, the first installment of the multiseries campaign that features Hadid nods at the advertising most seen in the early 1990s.

Minimalist in its approach, Bella Hadid is seen wearing oversized, low slung, denim jeans, a closely fitted long sleeved black top and the brand’s double B statement earrings with a matching denim jacket. Hair and makeup is kept sleek and natural, as she poses with Balenciaga’s Le Cagole bag in a shade that matches the blue denim she is wearing. 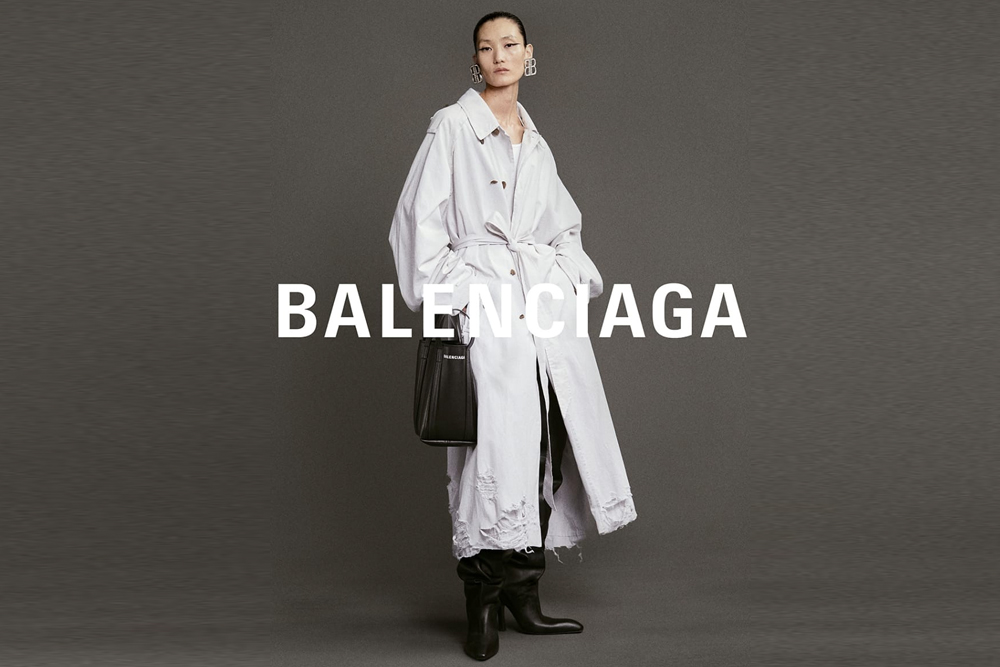 Shot against a seamless backdrop, their poses reference the provocative nature of early 1990s advertising. In upcoming imagery and videos, models embrace one another and make eye contact with the viewer while a flashbulb goes off. 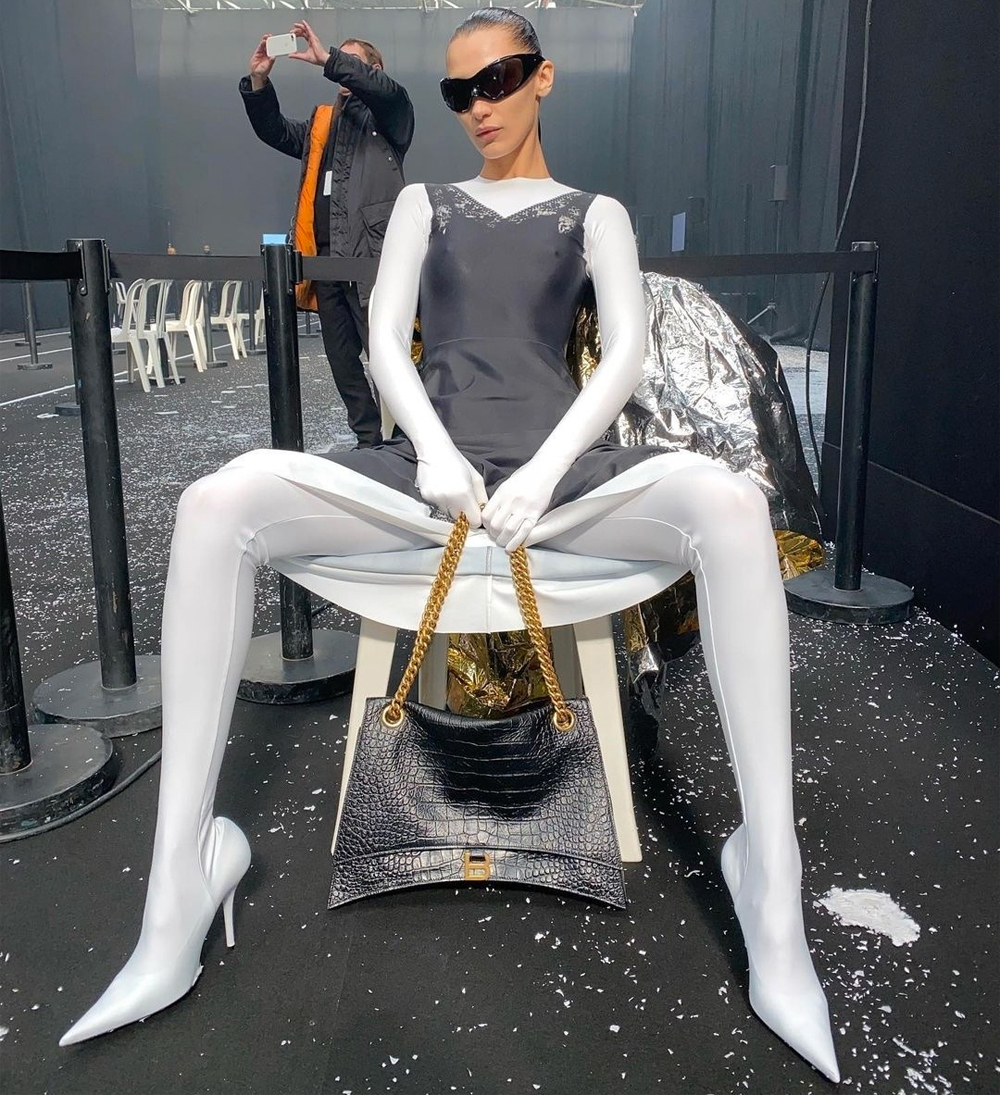 The models showcase Balenciaga’s recently launched Lindsey, Crush, and Crocs Bag, as well as the XX, Hourglass, Everyday Tote, and Le Cagole in new styles and contexts, topped off with a variety of Balenciaga jewelry and shoes such as the Excavator Boot, the Kensington Mule, the thigh-high Falkon Boot, the Knife Pump, Five-pocket Pantaboots, and three-piece jeans that are a miniskirt, pants, and boots all at once. Other ready-to-wear items include robe coats, shrunken tops, distressed trenches, deconstructed slip dresses, and extra tight or extra baggy separates. Truly depicting a 90’s – 00’s style, low-slung pants that expose Balenciaga underwear are encircled with double-B buckled belts