Shurooq Amin is a Kuwaiti mixed-media interdisciplinary artist known for her works that encourage discussions on societal changes. As a painter and a poet, she has taken part in 15 solo exhibitions and 45 group exhibitions, and has published over 40 literary journals across the globe. She also became the first Kuwaiti woman to be interviewed by BBC's Stephen Sackur on HARD Talk, as well as being hosted on several BBC discussions both on television and radio.

Amin was born in 1967 to a Kuwaiti father and a Syrian mother. In 1988, she graduated with a Bachelor's degree in English literature at Kuwait University, before obtaining her Master of Arts (M.A.) in modern literature at Kent University, in the United Kingdom, the following year. In 2007, she also obtained a Doctor in Philosophy (PhD) in creative writing at Warnborough College. 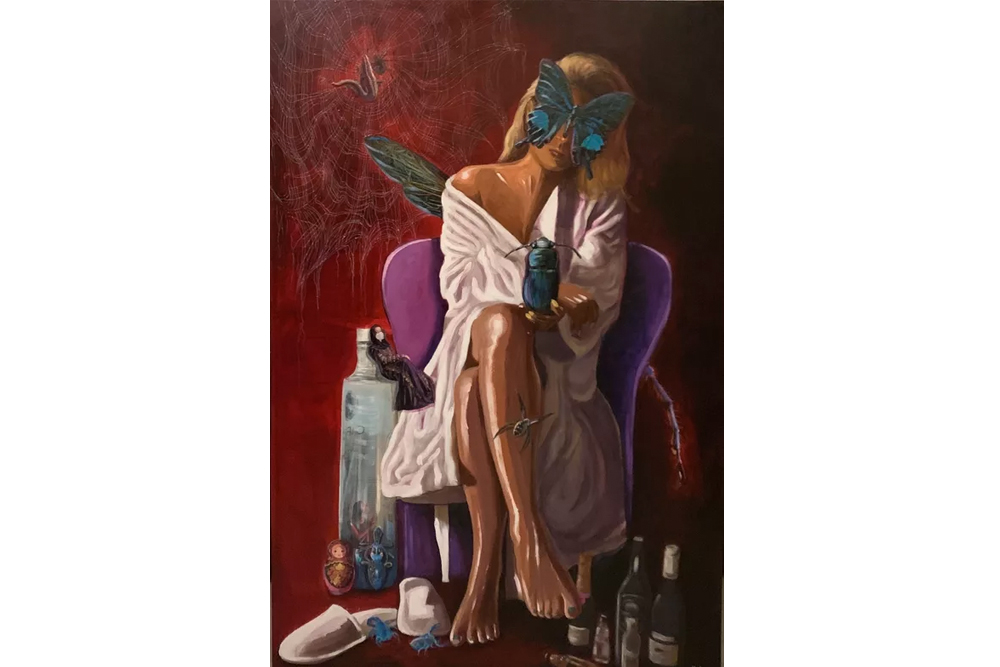 In 1992, Amin would launch her career by hosting her first solo exhibition. This was also the first time she used her talent to bring up discussions considered taboo at the time, touching on matters such as culture in Kuwaiti society. In the following years, Amin would also host many more exhibitions such as "Society Girls" and "It's a Man's World.” Many of her works were showcased at Tilal Gallery (Kuwait), Lahd Gallery (London), CAN (New York), and at the 11th International Cairo Art Biennale in 2008.

In 2013, she held the much-discussed exhibition "Popcornographic," with a series of 15 new paintings questioning women's roles in modern Kuwait. This also hit close to home as Amin, who was divorced at the time, also had to endure challenges of her own. "I'm trying to confront the taboos that remain in our society, the disastrous ramifications of which are damaging us all," she was quoted by ayyamgallery.com.

Throughout her career, Amin has received nothing short of praise and recognition for her work, winning several awards including the Amir Abdulreda Creative Prize by Kuwait Arts Association (2008), Best of Worldwide Artists in Mixed Media and Figurative paintings by Kennedy Publishing (2009), Artist of the Year by the Arab Woman Awards (2013), and more. In 2007, she also became the first Kuwaiti to win the prestigious Pushcart Prize.