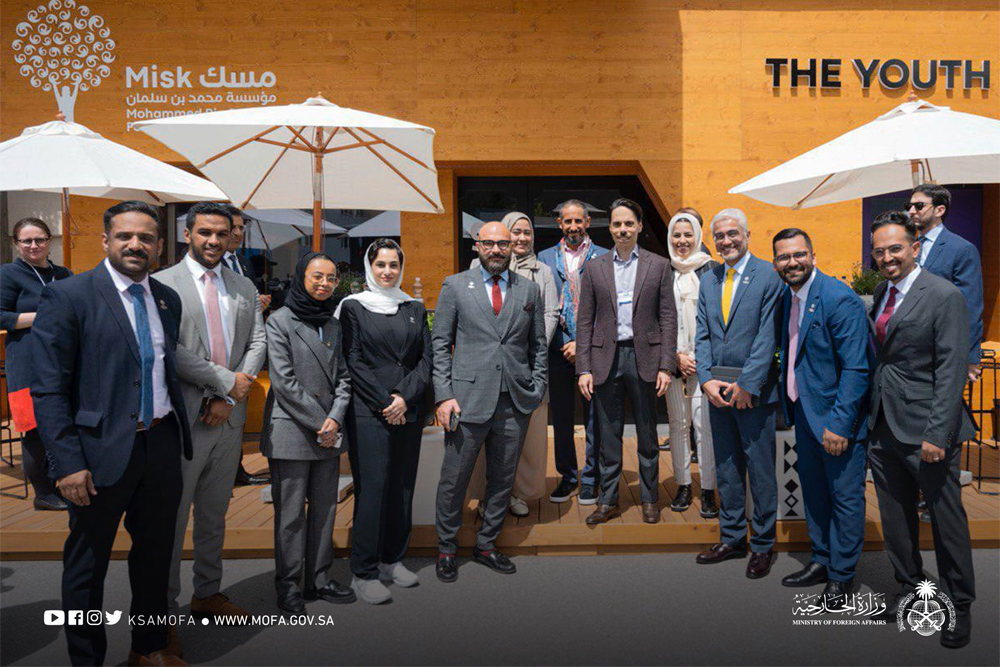 During his visit to the World Economic Forum in Davos, Switzerland, Prince Faisal also visited the Saudi Tourism Authority booth.

Saudi Young people have taken center stage as they host youth discussions that enable them to find innovative solutions to global concerns in the future.

He also visited the Saudi Tourism Authority's "Saudi Cafe," which serves Saudi coffee and is represented by the national tourism promotion "Spirit of Saudi Arabia."

#PHOTOS: @SaudiTourism Authority has brought a small slice of #SaudiArabia’s culture to the Swiss mountains in the shape of the Saudi Cafe, which is open throughout @wef in #Davos https://t.co/JQq825FNev pic.twitter.com/PYPFkhhzvu

The campaign also includes information-packed visuals and activities around tourism economy and destinations in the Kingdom.