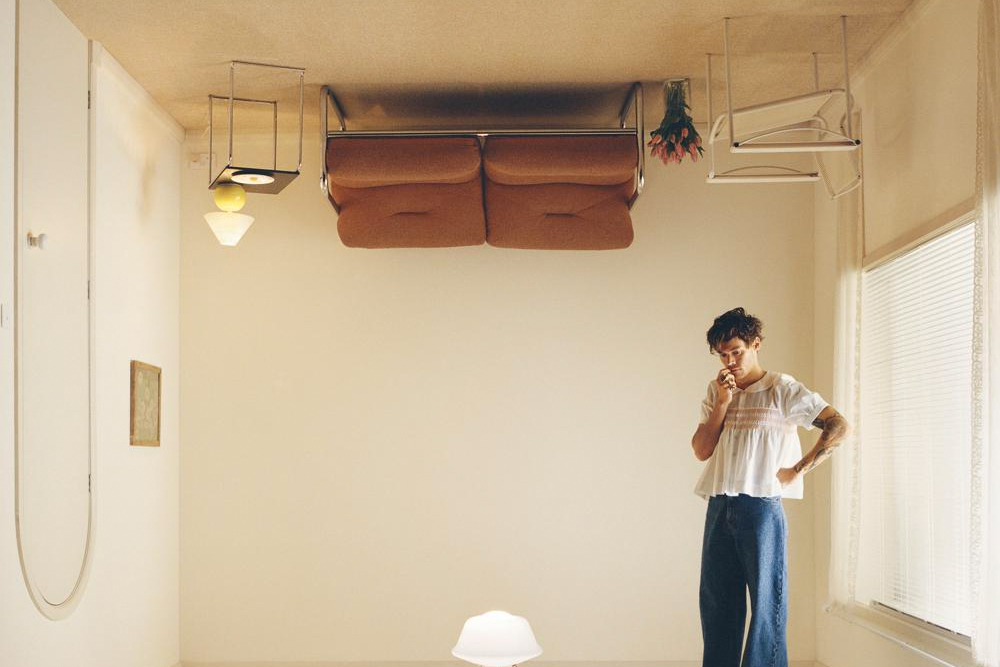 If the 13 tracks of Harry Styles’ third LP are the walls in which he lives, “Harry’s House” is a place of self-expression, happiness and healing. From the jubilant, funky “Cinema,” to the meandering cruiser “Keep Driving,” Styles shows a breadth of style that matches the album’s emotional range.

Styles set the tone for the album with his single “As It Was.” The up-tempo track sounds carefree at first listen, but the lyrics reveal a heavier premise. It’s a song that thematically explores the fear and pain associated with accepting that you must let something, or someone, go. It’s a single that teases Styles’ comfort with vulnerability — something that he displays countless times on the record.

Similarly, “Grapejuice” is deceivingly upbeat with synthesized horns and even a subtle, cheerful whistle at the end of the second verse. The song chronicles a relationship’s end (“There’s never been someone who’s so perfect for me/ But I got over it”) and how just as a hangover feels harder with age, it is harder, too, to hide from your emotions the older you get (“I pay for it more than I did back then”). Even when teasing out uncomfortable moments, the musical composition suggests there’s freedom in fully embracing each feeling.


A main pillar of MDLBEAST, the XP Music Conference will return to Riyadh in late November.https://t.co/YfzjGCTrqd

In opener “Music For a Sushi Restaurant,” Styles’ feelings are more straightforward as he shares his love for another. The track has funk influences, complete with scatting by Styles, a vibrant trumpet and a groovy bass. Lyrically, it mirrors “Keep Driving” with its stream-of-consciousness style and psychedelic nods (“If the stars were edible/ And our hearts were never full/Could we live with just a taste?”). His joy also feels tangible in “Late Night Talking,” “Cinema” and “Daydreaming,” which features John Mayer on guitar.

In “Harry’s House,” Styles proves his talent for storytelling — whether it’s his own stories of pain or joy or putting himself in the shoes of another. Perhaps the most heartbreaking track is “Matilda” — a song that made several of his friends cry on first listen, according to his interview with Zane Lowe. While nodding to the 1988 Roald Dahl novel by the same name, the song centers on a friend he’s only recently realized didn’t receive the love from her family she deserved. The use of guitar harmonics on the stripped-down track bring intimacy to a song that is both cutting and hopeful as he encourages her to move forward without the guilt of leaving behind those who hurt her.


Saudi schools will teach students how to write song notes, as well as working and understanding both regional and international instruments.https://t.co/n9X0fx2IN4

Likewise, “Boyfriends” finds him empathizing with the women in his life who have been underappreciated by men: “They think you’re so easy/ They take you for granted.”

Throughout the record, Styles is confident, but not cocky, bringing self-awareness and ease into each song. “Harry’s House” finds him at his best — free, observant and content.
By Ap News
Harry StylesNew AlbumsA Musical JourneyCelebrity NewsNew Music