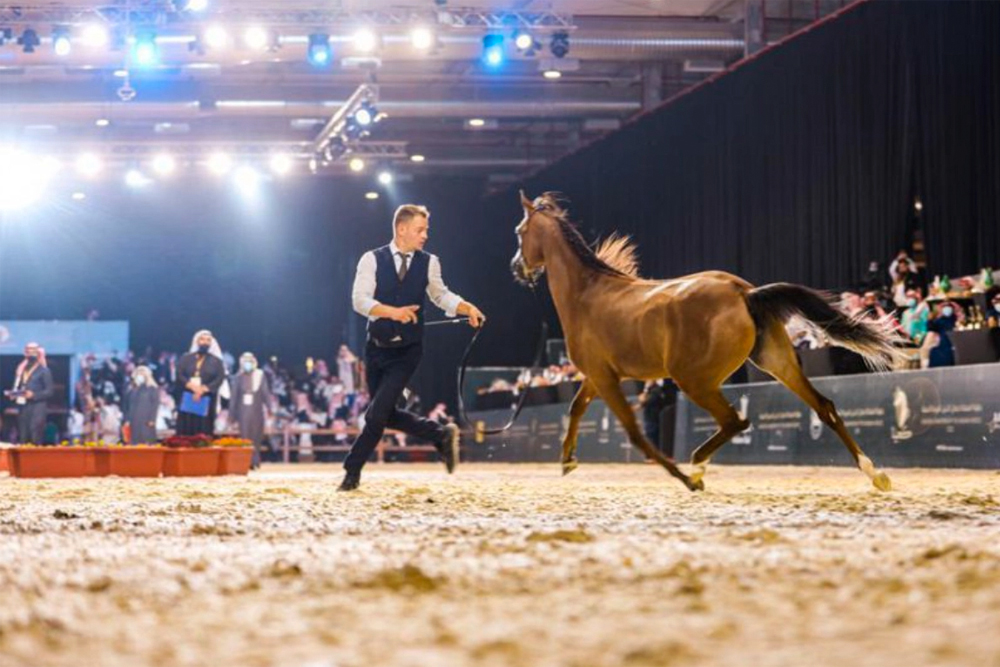 The Riyadh Front Exhibition and Convention Center will play host to the second edition of the International Championship for the Purebred Arabian Horse Beauty and Egyptian Horses, or "Kahila" in short. The chairman of the Equestrian Authority and the Horse Racing Club, His Highness Prince Bandar Bin Khalid Al-Faisal, is expected to partake in the event happening on May 25.

On #WorldWildlifeDay, we take a look at some of Saudi Arabia’s most iconic wild animals and how they’re being protected: https://t.co/N2NJwX1nWL pic.twitter.com/vfVC3eIAkx

The event's committee stated that Kahila will be held in the indoor area at Riyadh Front Exhibitions and Convention Center, and is expected to run from 1 PM to 11 PM. The five-day championship aims to celebrate the importance of Arabian horses in the Kingdom, while simultaneously advancing horse-related events on both national and international levels. Furthermore, it will also symbolize the history of King Abdulaziz, his horse Kahila, and his passion for gifting horses to world's leaders.

An amazing surprise for our Reptonians this morning with a visit from 17 year old Arabian horse Tahib! After we discovered the importance of Arabian horses in UAE culture, Tahib and Horsemaster, Ali Al Ameri, judged our Arabian horse art competition. Winners to be announced soon. pic.twitter.com/5X1iYaphtM

For generations, in fact, desert-bred Arabian horses have been part of the Kingdom's proud heritage, which has inspired horse racing and other events across Saudi Arabia. Since 1965, horse racing has been an integral part of Saudi Arabia since the founding of the Jockey Club of Saudi Arabia. Presently, the Kingdom plays host to the King Abdulaziz Arabian Horse Center Championship, the Saudi Cup, and more.

An upcoming interfaith complex in Abu Dhabi will host a mosque, church, and synagogue: https://t.co/mOA8rLILZn pic.twitter.com/GRjY8teBIg

Indeed, Saudi Arabia strives to advance horse events while simultaneously celebrating Saudi heritage. For instance, the King Abdulaziz Arabian Horse Center (KAAHC) was founded in 1961 in order to manage horse events in Saudi Arabia. Under the patronage of the royal family and government authorities, it's responsible for organizing and monitoring the technical aspects at all shows held in the Kingdom, while serving as official delegate to the World Arabian Horse Organization (WAHO), and to other international Arabian horse organizations.