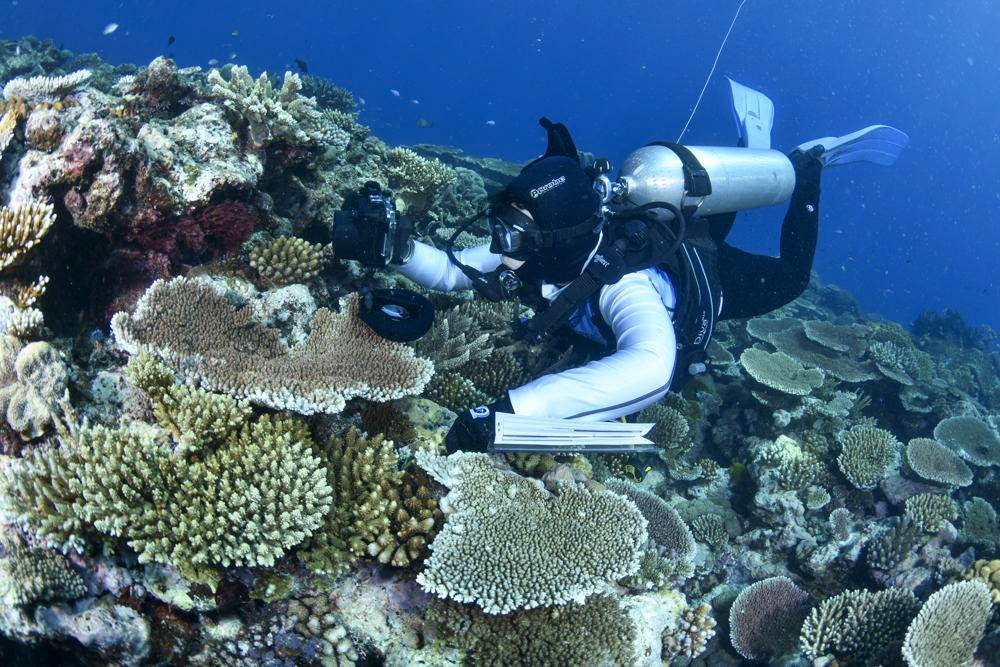 More than 90% of Great Barrier Reef coral surveyed this year was bleached in the fourth such mass event in seven years in the world’s largest coral reef ecosystem, Australian government scientists said.

Bleaching is caused by global warming, but this is the reef’s first bleaching event during a La Niña weather pattern, which is associated with cooler Pacific Ocean temperatures, the Great Barrier Reef Marine Authority said in its annual report released late Tuesday that found 91% of the areas surveyed were affected.

Coral bleaches as a heat stress response and scientists hope most of the coral will recover from the current event, said David Wachenfeld, chief scientist at the authority, which manages the reef ecosystem.

“The early indications are that the mortality won’t be very high,” Wachenfeld said on Wednesday. 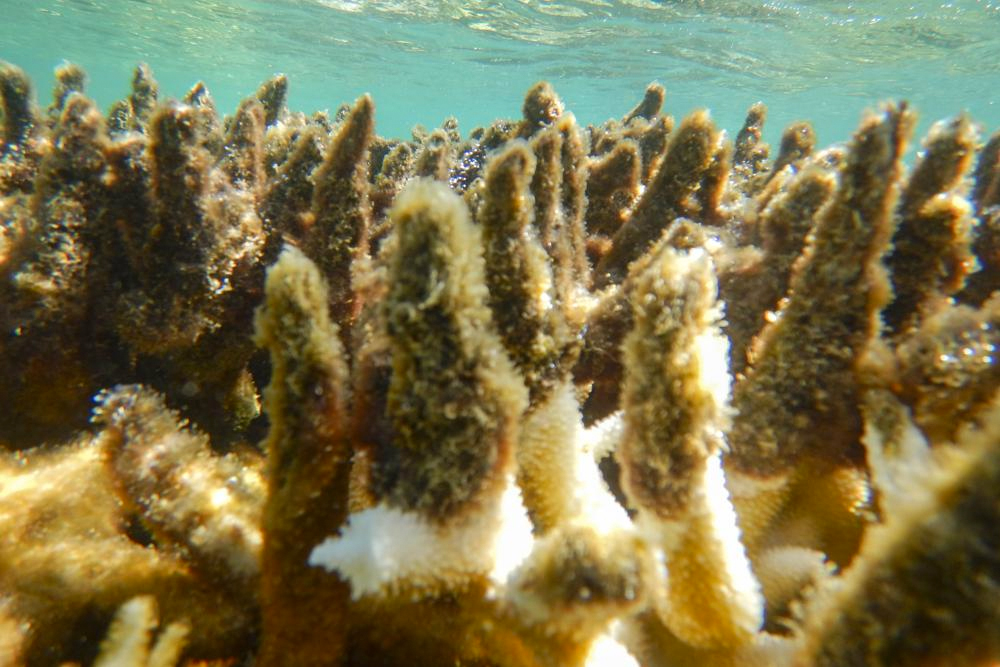 “We are hoping that we will see most of the coral that is bleached recover and we will end up with an event rather more like 2020 when, yes, there was mass bleaching, but there was low mortality,” Wachenfeld added.

The bleaching events in 2016 and 2017 led to “quite high levels of coral mortality,” Wachenfeld said.

Simon Bradshaw, a researcher at the Climate Council, an Australia-based group that tracks climate change, said the report demonstrated the reef’s survival depended on steep global emission cuts within the decade.

“This is heartbreaking. This is deeply troubling,” Bradshaw said. “It shows that our Barrier Reef really is in very serious trouble indeed.”

Last December, the first month of the Southern Hemisphere summer, was the hottest December the reef had experienced since 1900. A “marine heatwave” had set in by late February, the report said.

A United Nations delegation visited the reef in March to assess whether the reef’s World Heritage listing should be downgraded due to the ravages of climate change.

In July last year, Australia garnered enough international support to defer an attempt by UNESCO, the United Nations’ cultural organization, to downgrade the reef’s World Heritage status to “in danger“ because of damage caused by climate change.

But the question will be back on the World Heritage Committee’s agenda at its next annual meeting.

The Great Barrier Reef accounts for around 10% of the world’s coral reef ecosystems and was named because of the extensive hazards it posed to 18th century seafarers. The network of more than 2,500 reefs covers 348,000 square kilometers (134,000 square miles).

Coral is made up of tiny animals called polyps that are fed by microscopic algae that live inside the reefs and are sensitive to changes in water temperatures.

The algae provide the reefs with their kaleidoscope of colors and produce sugars through photosynthesis that provide the coral with most of its nutrients.

Rising ocean temperatures turn the chemicals that the algae produce into toxins. The coral turns white as it effectively spits the poisonous algae out. 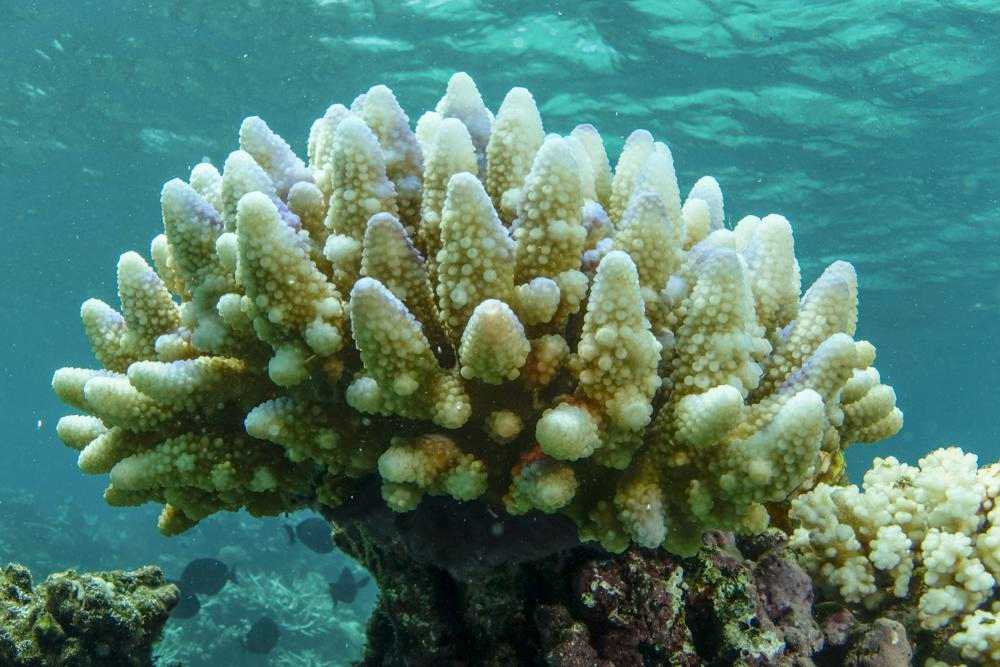 Heat stress beyond a few weeks can lead the coral to die of starvation.

The latest bleaching is an unwelcome reminder of the differences in climate change policy among Australian politicians.

The conservative government seeking reelection on May 21 has less ambitious emission reduction targets than the center-left opposition is promising.

Prime Minister Scott Morrison’s Liberal Party aims to reduce Australia’s emissions by 26% to 28% below 2005 levels by 2030.

The opposition Labor Party has promised to reduce emissions by 43% by the end of the decade.

Morrison was widely criticized at the U.N. climate conference last November for failing to set a more ambitious target.

The environmental group Greenpeace Australia Pacific said in a statement the extent of the latest bleaching was “another damning indictment of the Morrison government which has failed to protect the reef and exacerbated the problem through its support of fossil fuels.”