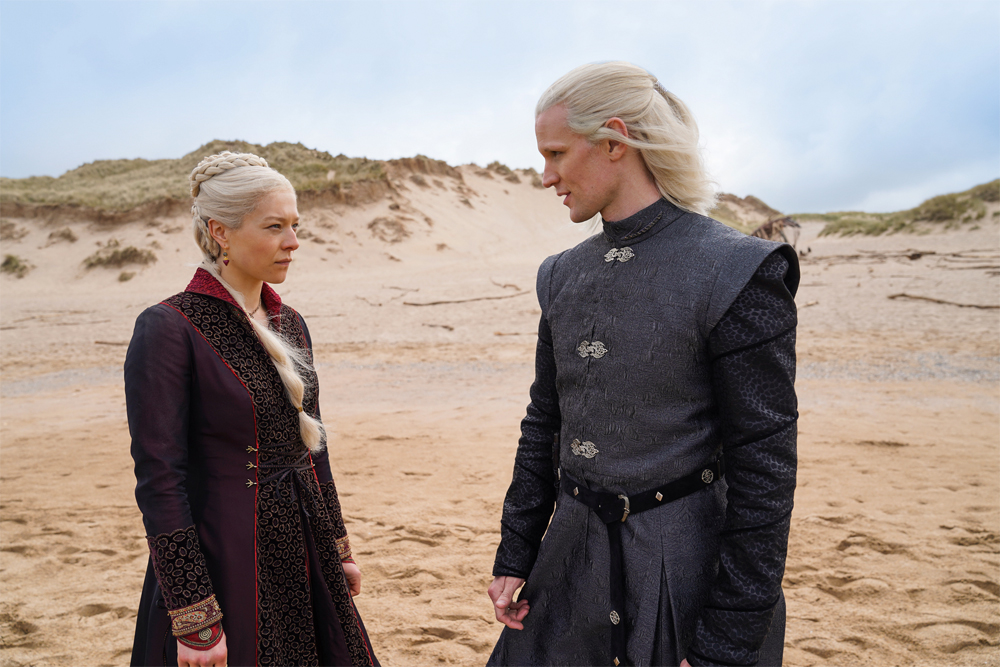 If, like us, you were a Game Of Thrones geek and totally devastated when the series came to an end, its highly likely that you have been waiting for what seems like a lifetime for the prequel, House Of The Dragon…

Set 200 years before the events of the Game Of Thrones series, House Of The Dragon is predominantly inspired by and focused on the Targaryen dynasty.

The show is set to be directed by Miguel Sapochnik, who was responsible for some of Game Of Thrones most impressive battle scenes, with George R. R. Martin, the author of the original books, overseeing the scripts. There will be other directors working on some notable episodes, including the likes of Clare Kilner (The Alienist), Emmy-winner Greg Yaitanes (House), and Geeta V. Patel (The Great).

Just like Game Of Thrones (GOT), House Of The Dragon is indeed based on George R. R. Martin’s book, Fire And Blood, which follows the journey and conquest of the Seven Kingdoms by the Targaryen dynasty. If you watched the GOT series, you would remember that the Targaryens hailed from within the Valyrian, a civilization that existed across much of Essos, the continent east of Westeros, for thousands of years. When “the Doom” destroyed Valyria, the Targaryens took off to the island of Dragonstone, which is where Daenerys Targaryen gathers her war council.

After the rule of Aegon the Conquerer, the first Targaryen king, who conquered Westeros and bought the Iron Throne to King’s Landing, there are a few generations of incestuous Targaryen marriages before King Viserys I attempted to name his daughter from his first wife, Princess Rhaenyra, as his heir, triggering major discord in his court and ultimately resulting in the Dance of Dragons, a bloody civil war.

From what we know about the characters so far, it seems that this is the part of the story the pilot may focus on.

The author, Martin, calls for fans of the show to study his anthologies focused on the Targaryen clan, such as Dangerous Women and Rogues, in order to gauge what to expect from the upcoming series.

On May 5th 2022, a teaser of the House Of The Dragon was released with a graphic first look at the dragons that elevated House Targaryen into the position of the most powerful dynasty in Westeros.

So who’s starring in it? Well, as much as we totally miss British actress, Emilia Clarke, as Mother of Dragons, Daenerys Targaryen, it has been reported that Matt Smith, from Netflix show, The Crown, will star as dragon-rider, warrior, and heir to the Iron Throne at the start of the series.

House of the Dragon is due to premiere on HBO and HBO Max on August 21st 2022. The first season will consist of 10 episodes of 60 minutes each. Popcorn at the ready…!