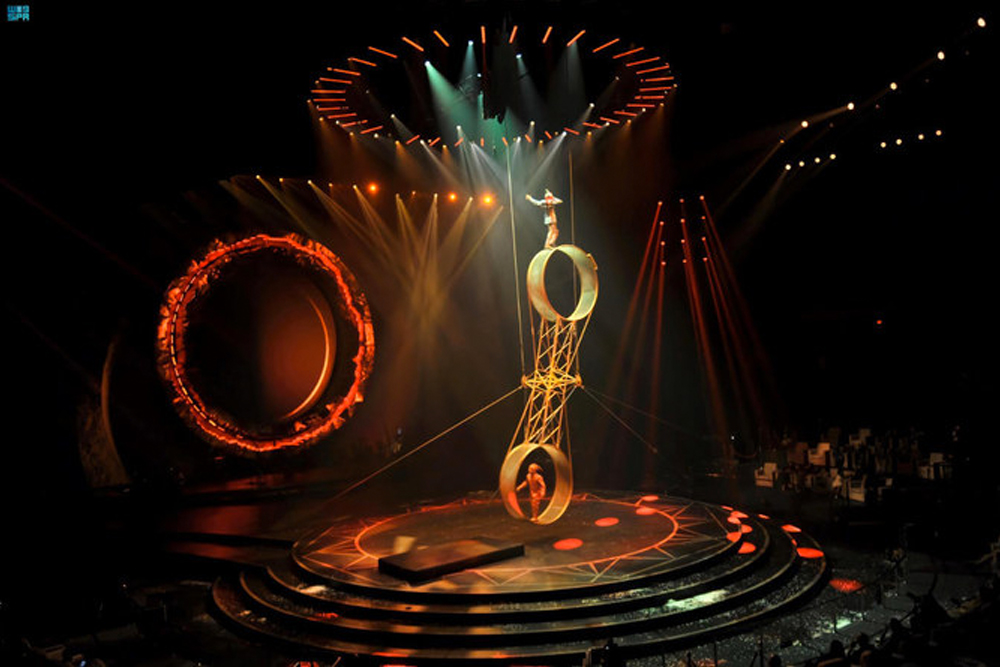 The international "Cirque du Soleil" events, which are held at King Abdullah Sports City and coincide with Eid Al-Fitr, are attracting large crowds to Jeddah Season 2022.

According to Arab News, the fascinating spectacle, which featured a total of 39 performers, supported by 25 technicians, dazzling spectators for the first time with an exclusive show for the Jeddah Season, "Fuzion," attracted a big turnout of people of various countries. Until June 28, the two-hour show will air four times every week.

A firework display and acrobatic performances combining originality, ingenuity, and tension were featured on the opening day.

Since 2018, Cirque du Soleil has performed six shows in Saudi Arabia. The most recent was "Messi 10," during Riyadh Season, and it was centered about Argentine football legend Lionel Messi.

The second Jeddah Season, with the theme "Our Lovely Days," builds on the success of the first Riyadh Season, which drew more than 15 million visitors over five months.