This Lebanese Artist Has Just Collabed With Gucci 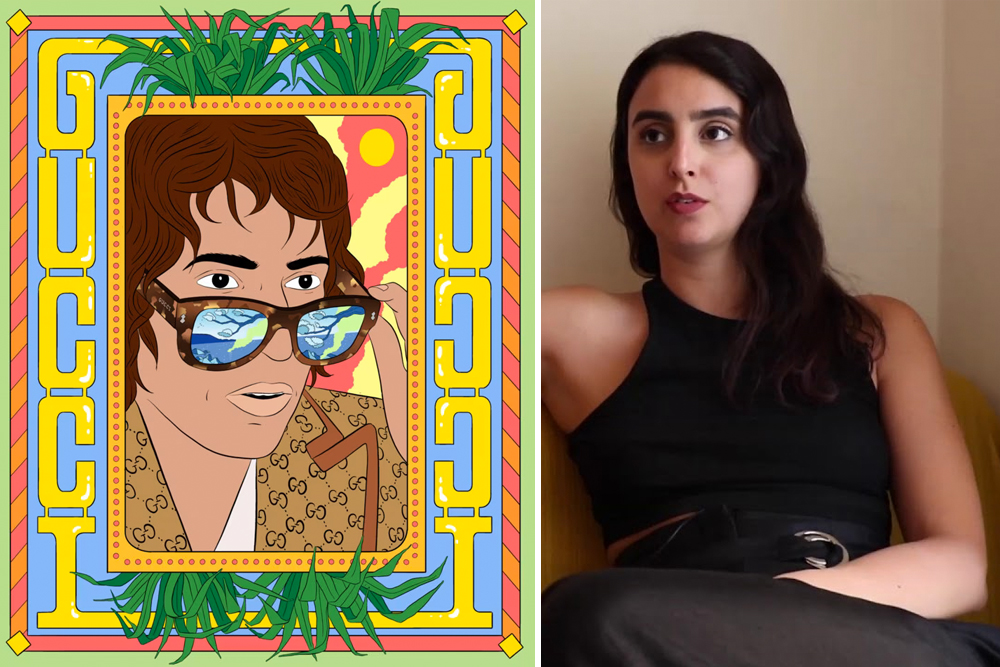 Beirut born artist, Raphaelle Macaron is an illustrator and comic-book artist that has become one of the most coveted artists in the Middle East and beyond. Her pop-art style is punchy, colorful, cartoonish and reminiscent of vintage Egyptian film posters. The Paris based artist is heavily inspired by a variety of topics, from social and current affairs to record covers from the 60’s and 70’s.

Raphaelle’s passion for her chosen discipline of art goes back to her childhood and her mother’s collection of French comic-books, and then Superhero and American graphic novels. She once told a local publication, “What I like about comics is mostly the fact that they unite two things I love the most — drawing and storytelling.” She also spoke about what it takes to create good illustration, “The term ‘illustrating’ is a precise one,” she explains. “You need to illustrate a thought, a feeling or a political message. A good illustration needs to have a message that is very efficient, very understandable, and creates empathy with the reader.”

Aside from her much loved pieces including a series of illustrations of the Arab World’s biggest musical women such as, Umm Kulthum, Fairuz and Warda, Macaron’s works have been noted and commissioned by the likes of The New York Times, The Washington Post, The New Yorker, and Amnesty International – just to name a few… and now, Gucci.

As part of Gucci’s ongoing commitment to environmental sustainability, the Italian fashion maison has just launched new eyewear with an eco-friendly ethos. To celebrate the new two square-shaped frames, Gucci appointed illustrator and comic book author Raphaelle Macaron, to create a series of colorful artworks featuring the sunglasses styles in her very own signature style of illustration.

Macaron took to Instagram to announce the campaign, and captioned one of three posts showcasing her creations for the luxury brand, “Thrilled to finally share my collaboration with @gucci for their sustainable eyewear capsule collection. 1/3 illustrations, visible now on the Gucci website.” She continued, “Its been such an intense and fun experience…” She went on to thank Gucci’s Global Social Media Project Co-coordinator, Costanza Borghi and signed off with the promise of “More coming soon.”

Macaron also indicated that she had spent her time creating these works in Mexico and thanked her muse in a caption on another post, “Also so much love to @showandtal for being the hottest muse anyone can ask for and a precious emotional support for when I was working on this project like a maniac in Mexico.”

Her work for Gucci is immediately recognizable as being one of hers for its use of color, and vintage style fonts and placements. The illustrator has used Gucci’s inimitable monogram on the details of her illustration, along with desert plants such as cacti as backdrops and a Mexican sunset.

We can’t wait to see what she does next!