Robots Lend A Helping Hand At The Makkah Grand Mosque 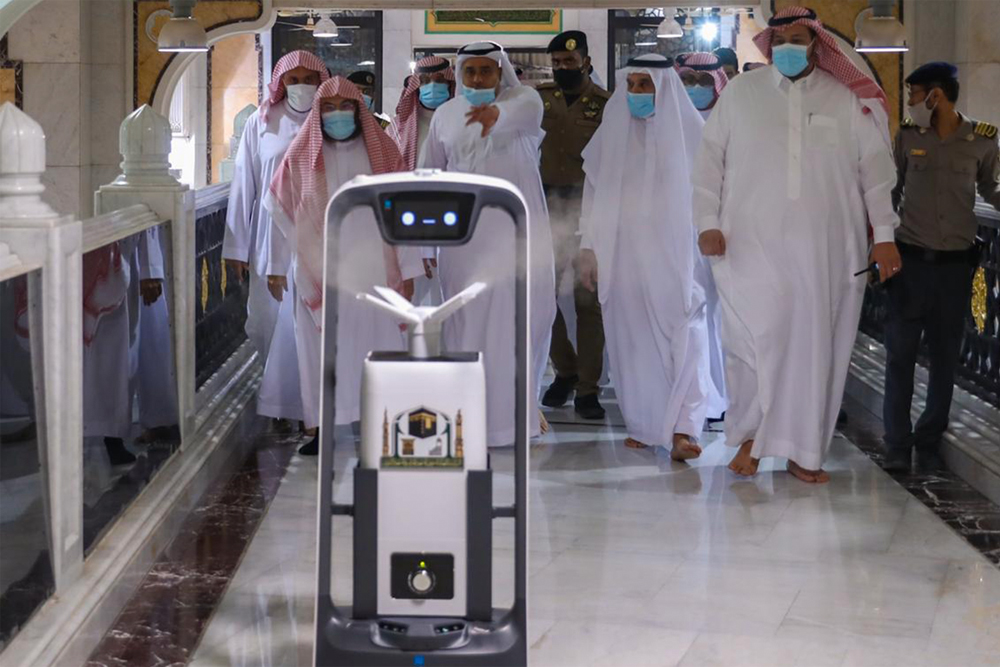 When it comes to it standards of cleanliness and disinfecting spaces, Saudi Arabia’s General Presidency for the Affairs of the Two Holy Mosques is going to great lengths to protect its visitors, and is continuing in its efforts to prevent the spread of COVID-19, despite the kingdom seeing a decrease in the number of new cases. Mohammed Al-Jabri, under secretary-general for Agency of Services, Field Affairs and Environmental Protection, has stated that preventative measures will “ensure a healthy, safe environment for pilgrims to perform their rituals.”

At the Grand Mosque, there is continuous supervision of disinfection and sanitization operations, as well as a variety of specific services. The infamous mosque has around 25,000 carpets, which 4000 male and female workers are employed to sanitize 24 hours a day – with the helping hand of 11 smart robots. 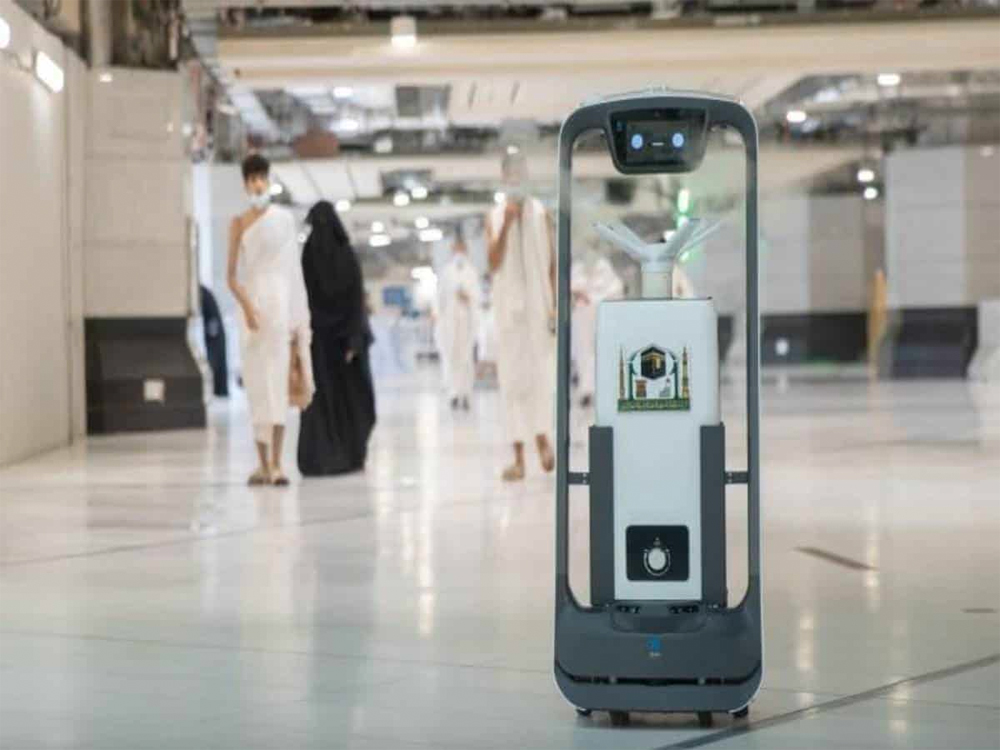 The robots play an integral part in helping to sanitize and disinfect the spaces and carpets, as Al Jabri stated, “The agency uses more than 840 pieces of equipment and machines to purify and sanitize the Grand Mosque. It also follows up on environmental prevention and infection control operations by equipping several teams to sanitize all areas of the Grand Mosque, including outer courtyards, toilets, floors and carpets.”

He also explained, “There are 8,000 electric and ordinary golf carts to serve pilgrims, including 5,000 ordinary carts and nearly 3,000 electric carts, which are sanitized before and after use.” With the Grand Mosque welcoming millions of pilgrims yearly, the Agency of Services has also allocated supervisors at each of the 150 doors of the mosque to aid visitors and help guide them to the prayer areas and exit and entry points. These points are also supervised by security to ensure that beggars and street peddlers are kept at bay. 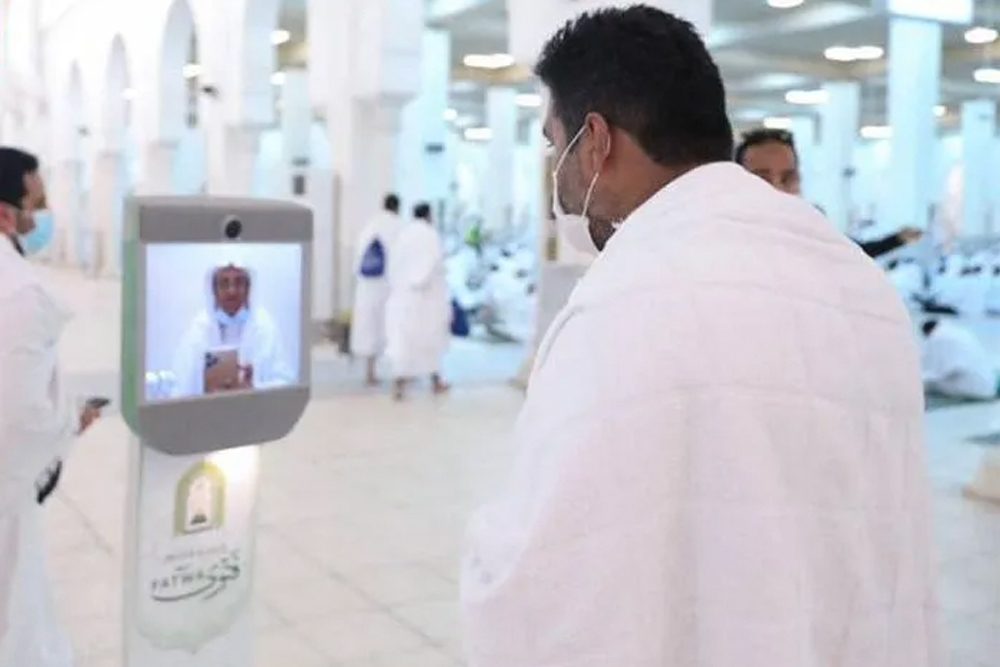 Mohammed Al-Jabri stated, “The agency has equipped the area with all the necessary services, including Zamzam water containers, air conditioning, cupboards for copies of the Qur’an, sound system, lighting systems, carpets, toilets, in addition to operating many escalators that transport worshippers and the elderly to all available floors. The agency’s employees supervise the entry and exit of worshipers, ensure their safety, direct them to the spaces designated for performing prayers, and organize walkways and corridors, with the participation of the competent authorities, according to the plans prepared in advance to facilitate the movement of those heading to the northern expansion with ease.”