The media expert has leveled up the landscape. 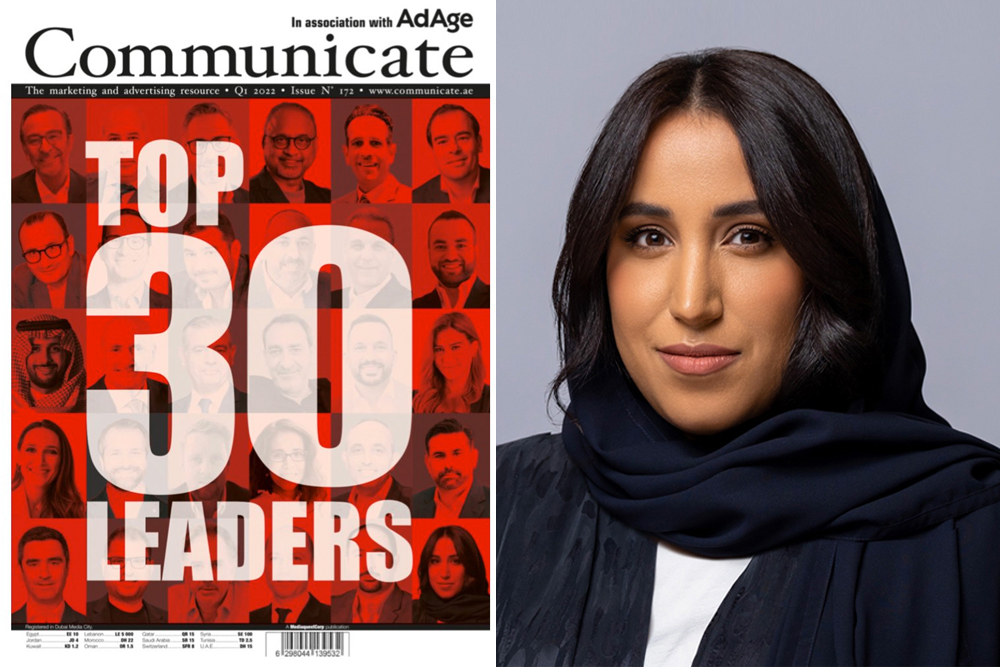 Saudi Research & Media Group (SRMG) houses forward-thinking Arab female leaders that are revamping media for the better. Spearheading the company is CEO Jomana Al-Rashid who ranked 5th amongst Communicate magazine’s Top 30 Leaders. The powerlist features influential, powerful, and overall impressive players in the region's media, advertising, and ad tech ecosystem. The selection process gathered various verifiable data points from numerous companies across the region and nominated the highest achieving leaders. The criteria include but are not limited to the company’s number of branches, clients, digital presence, inclusive initiatives, etc.

The Saudi multi-hyphenate, who is one of four Arab women that have made it to the list, leads by example. Since her appointment in October 2020, Al-Rashid has been one of “Saudi Arabia's most relevant and dynamic examples of the kingdom's accelerated march toward the future”, the magazine reported. She’s been a key driver in the SRMG’s latest venture - its new verticals: SRMG Media (digital platforms, podcasts, and multimedia); SRMG International (investments and partnerships); SRMG Think (research and polling): SRMG X (events, conferences, and exhibitions); and SRMG Labs (innovation, incubation, and training). The female exec was one of the brains behind the launch of two Arab language game-changing projects, Manga Arabia magazine and podcast platform Thmanyah. More recently, Al-Rashid helmed the "By women, for all" initiative on International Women's Day, whereby an all-female team of journalists took over editorial content and press coverage for the day across all SRMG subsidiary newspapers.

"The Arab world in general and Saudi Arabia in particular are rich in stories that demonstrate the pivotal role women play in our everyday lives, business, society, education, healthcare and beyond [...] More than ever, Saudi women have now become an integral part of the growth, prosperity, and advancement of our country. We at SRMG are fully prepared to play our part," Al-Rashid had said.

The magazine highlights Al-Rashid's academic background in the United Kingdom where she obtained a Bachelor's degree in Political Science from SOAS University (2011), and a Master's degree in International Journalism from City, University of London, in 2013. She was a London correspondent of Al-Riyadh newspaper before being posted as a senior aide and advisor for media relations to the Saudi Ambassador to the UK. Her move back to KSA earned her media advisory capacities in the private and public sectors in Riyadh. Aside from her role at SRMG, she is also a board member of financial news publishing house Argaam Investment Company.