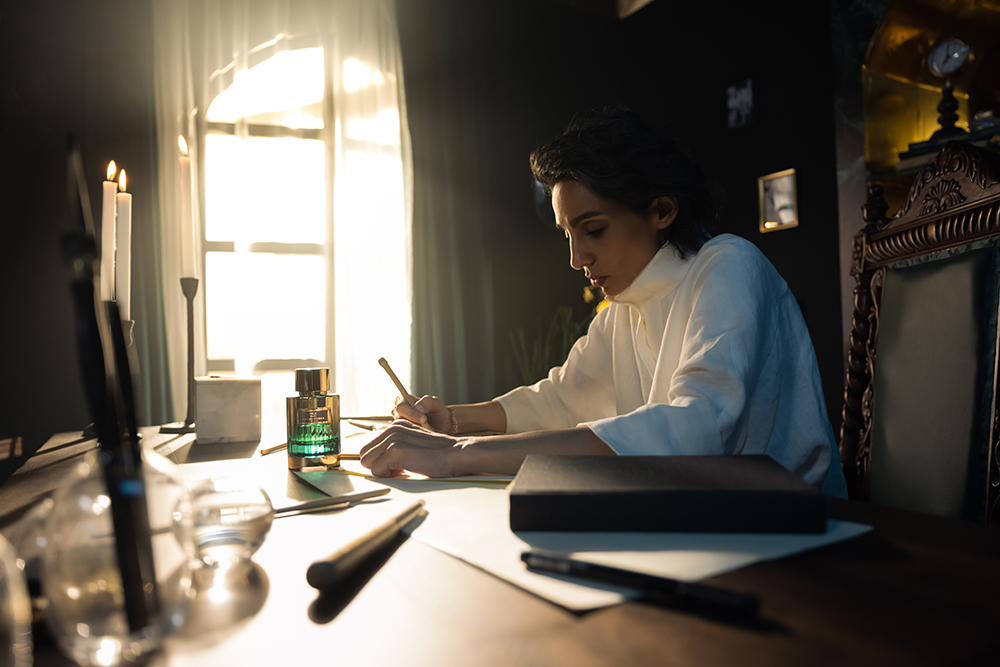 Carolina Herrera is launching their first ever regional Herrera Confidential campaign featuring Saudi author, poet and filmmaker Amal Alharbi. Shot on location in Riyadh, the campaign brings to life the latest fragrance in the Herrera Confidential line, True Oud, and explores the feeling of identity and belonging, embodied by the traditional scent of Oud that is so loved in the Middle East. 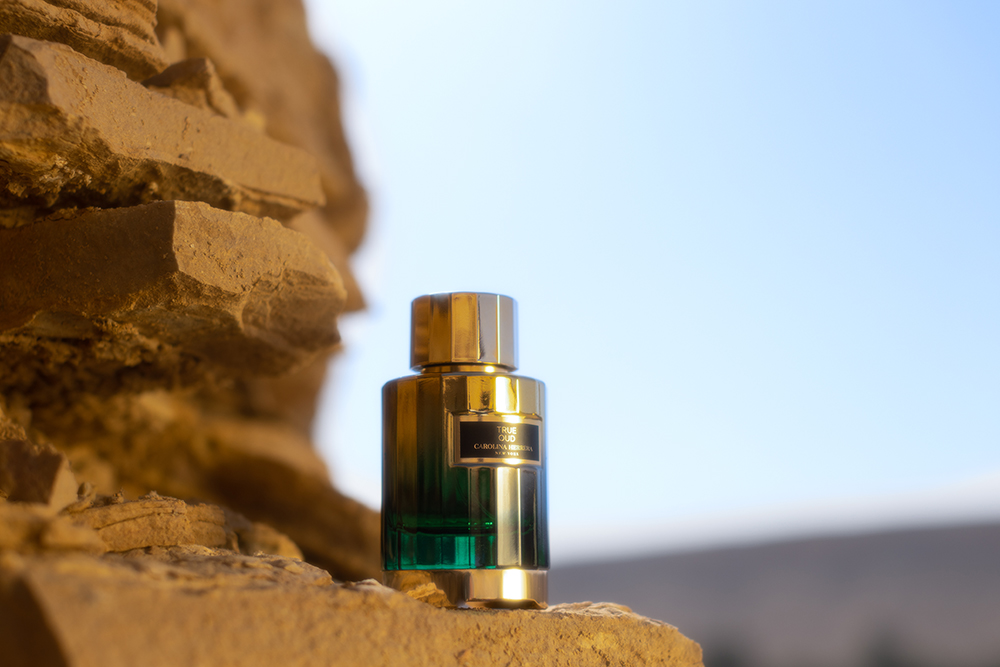 The campaign was created with a Saudi based production company, with the aim of celebrating Saudi culture and the culture of female empowerment that is burgeoning within Saudi society today. Alongside the regional campaign video, Carolina Herrera commissioned Alharbi to create a poem inspired by this sense of identity and belonging that inspired the woody-floral formula of the eau de parfum, the powerful accord of Oud as it is burned during Middle Eastern ceremonies or on special occasions.

The fundamental role of aromas in Arab culture is something that Carolina A. Herrera happens to be familiar with. As she travelled with her mother to the Gulf, she often immersed herself in the local culture and markets where she discovered a world of perfume oils and oriental scents. 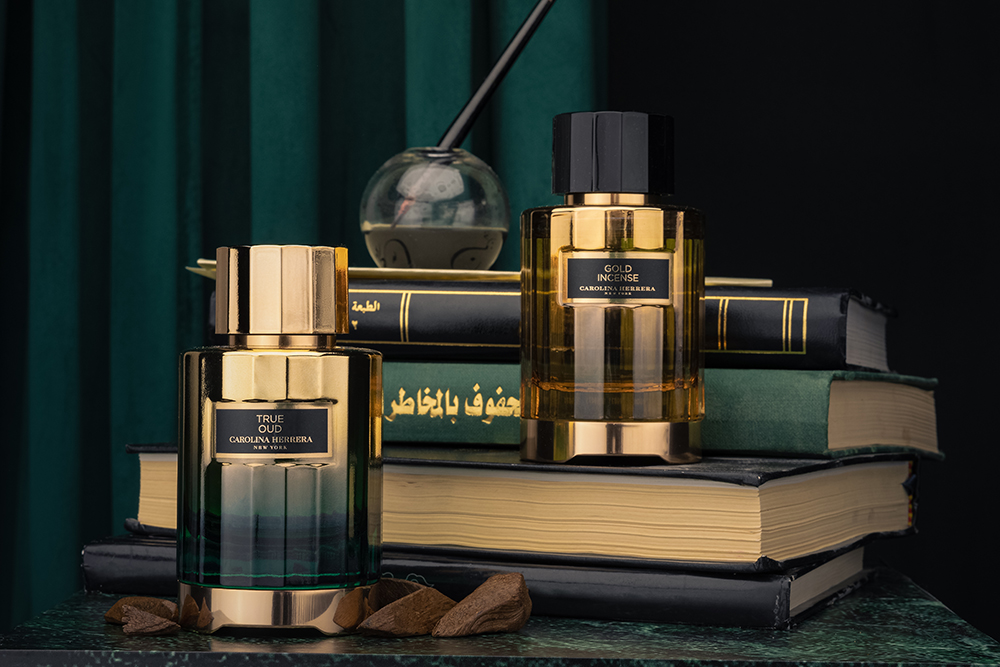 “A lot has been said about these rituals. Most people know that the furniture and furnishings are perfumed before guests arrive as a sign of respect, and that when you sit around the table there is always an oil burner,” explains Herrera. “But being there and observing first-hand is when you understand that the importance of aroma goes beyond hospitality. It’s really about their identity, it’s what defines them.” 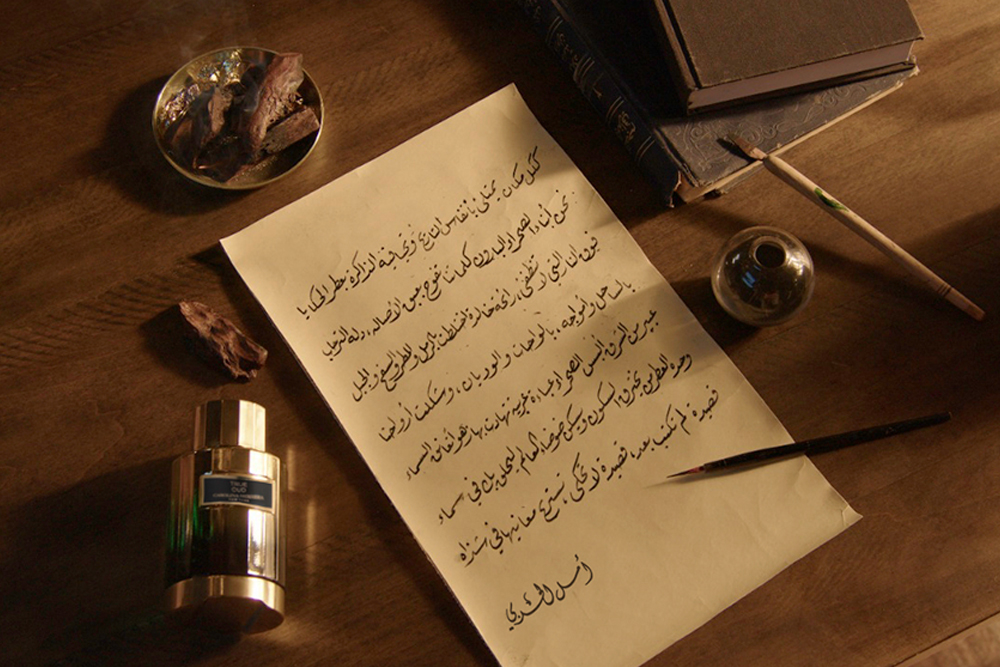 In 2017 she created the Eastern Treasures family of perfumes, part of the Herrera Confidential collection and including Gold Incense, Platinum Leather, Bronze Tonka and Gold Myrrh Absolute, inspired by Arab perfumery. These four fragrances are now joined by True Oud. A perfume inspired by the Carolina Herrera beauty creative director’s latest experience in the heart of the Middle East: what she smelled, felt and learned as a guest as night fell and she joined family celebrations, and all with one special ingredient. Oud.

Herrera Confidential True Oud is priced AED1,090 and is available at all major retailers across the region now.