The label established in 2013 by the late Virgil Abloh continues to celebrate his enduring vision and values…. 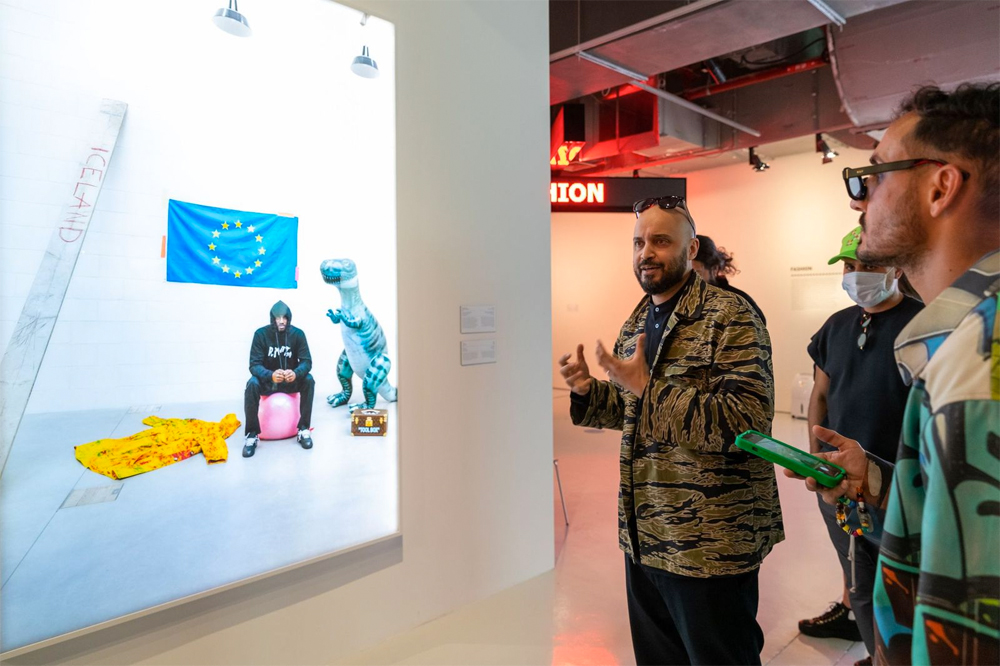 Off-White™ recently hosted an “Imaginary Experience” in Doha, a first in the Middle East. As well as showcasing a world within a world, devoted entirely to the imagination, the event included a trunk show of the late Virgil Abloh’s “High Fashion” collection, which the acclaimed designer and creative designed, envisioned and finalised. The unveiling took place at Studio 7, a design concept store rooted in Arab culture, and was followed by an “Imaginary” dinner in a majestic farm in the heart of Qatar’s capital. To top off the experience, Qatar Creates, which is helmed by HE Sheikha Al Mayassa, held its closing tour of “Figures of Speech” at Doha Fire Station. The region’s first museum exhibition dedicated to Abloh has been showcasing over 55 of his artworks. 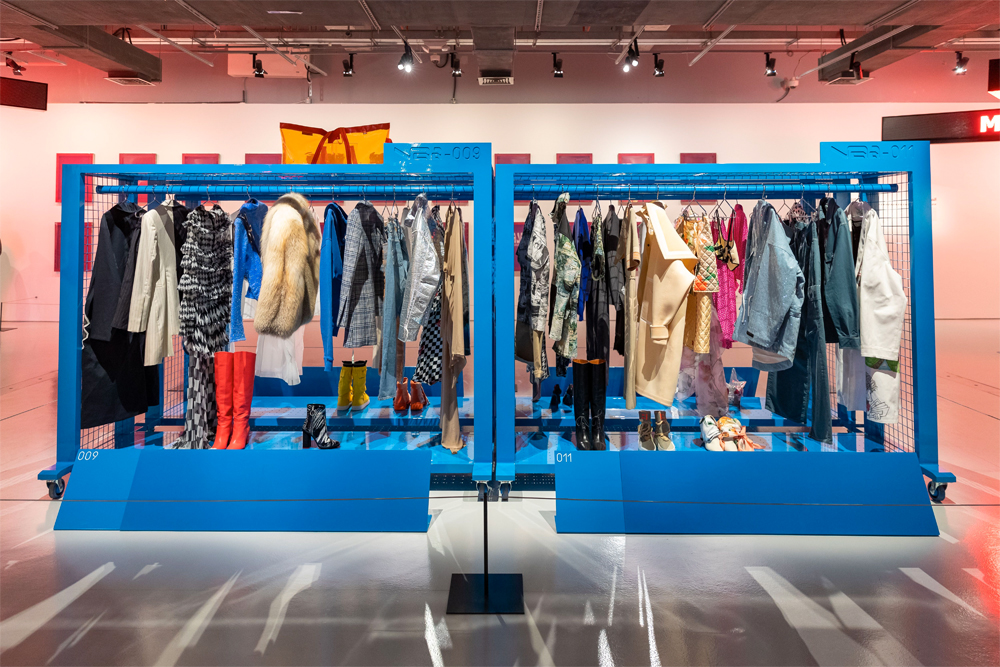 The trunk show that was presented is just one of lots of interdisciplinary expressions in the city involved with “Imaginary,” an Off-White™ platform desired by Abloh. It is dedicated to cultural reinterpretation, disruption and change as a way of starting a new discussion and format of the future. 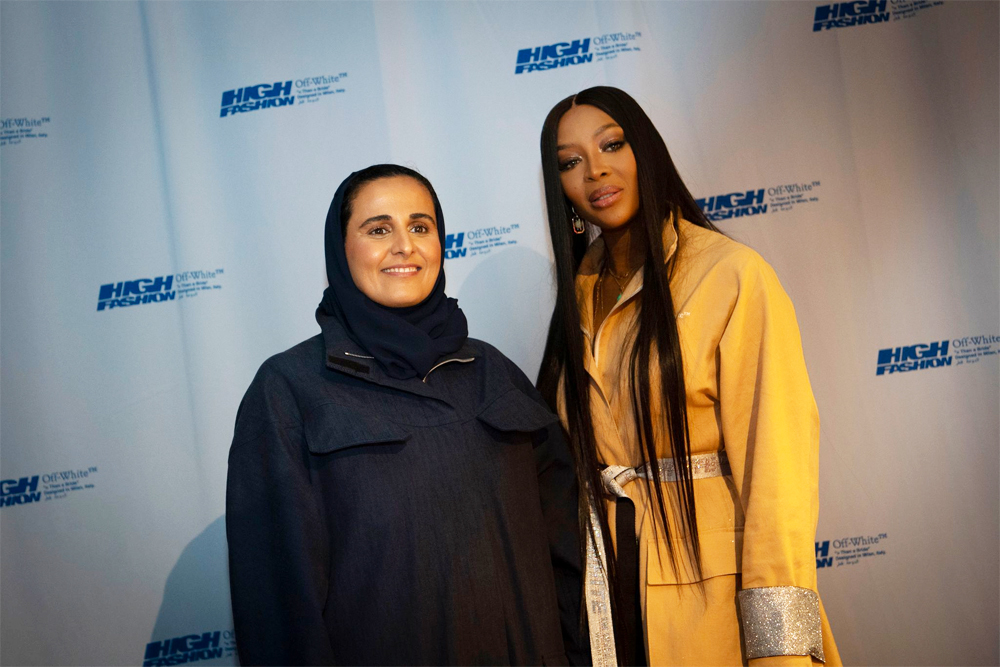 Rooted in Abloh’s stated desire to define a universal language that transcends cultural parametres and opens the conversation to all, it affirms that the label’s next chapter remains grounded in its Founder and Creative Director’s guiding philosophy: “Question everything.”   This trademark exchange between past and future, cultural and sub-cultural to express and advance the present is debuted through the “High Fashion” collection.

Sinuous dresses are clipped to a radical micro length, while the waistlines on jeans and pants are notably dropped. The flowing and glamorous knitwear separates switch transparent layers and sexy boucle wools with firm yarns and fuzzy, textured cutout jacquards. Meanwhile, Swarovski crystals are the perfect additions for infusing some shine and luxe. 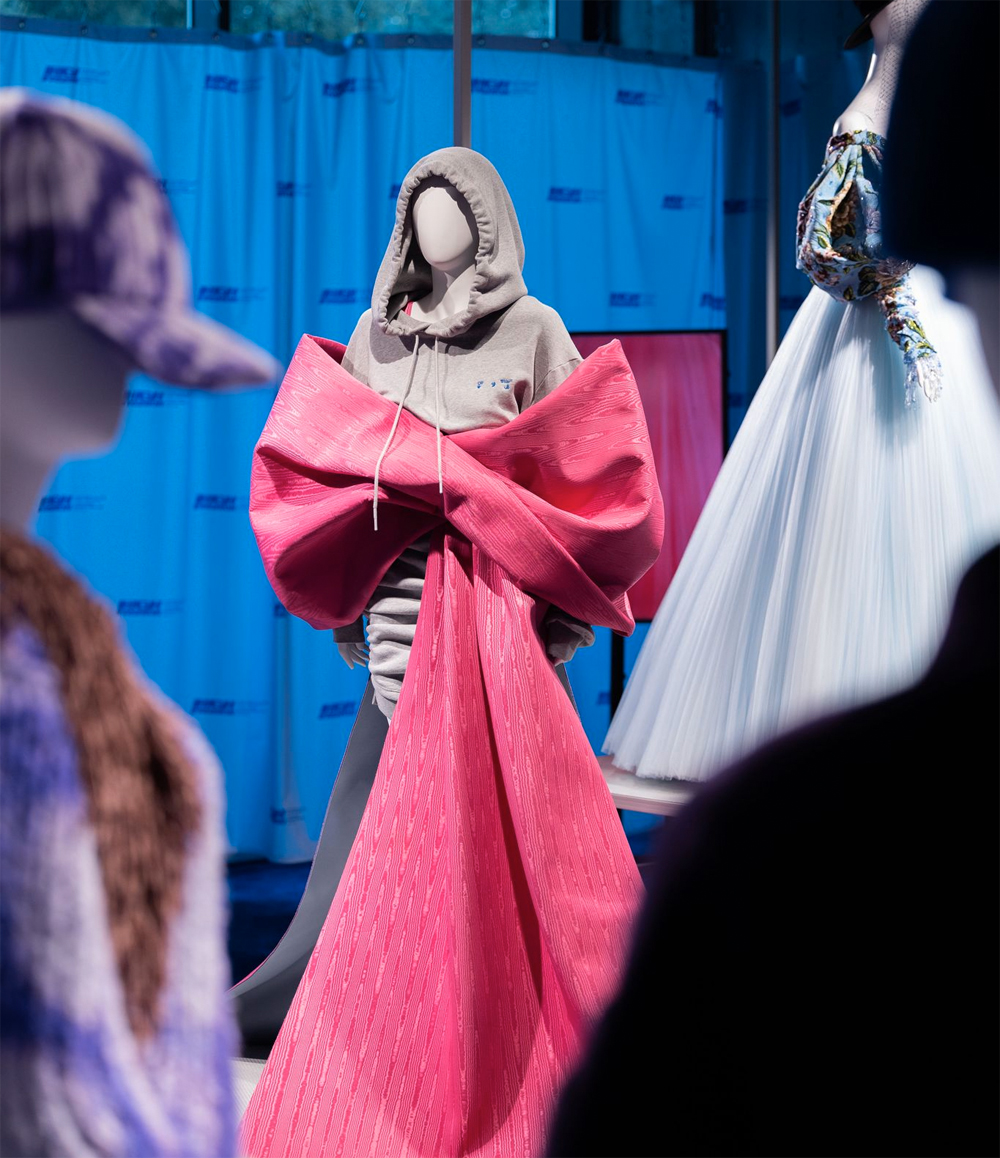 Instead of classifying haute couture as the origin source of the clothes distinctive to urban tribes, the collection examines haute couture as a major aspect of these lifestyle expressions and the practices and ideologies that form their foundation. The ultimate creation is a self-portrait through the lens of haute couture. It amplifies Abloh’s always dimensional expression of what is ‘really real,’ rather than an expectation, stereotype, projection or outdated ideal.