Congrats to the half-Palestinian supermodel and activist who is stepping fully into the entertainment world thanks to a recurring role in “Ramy.” 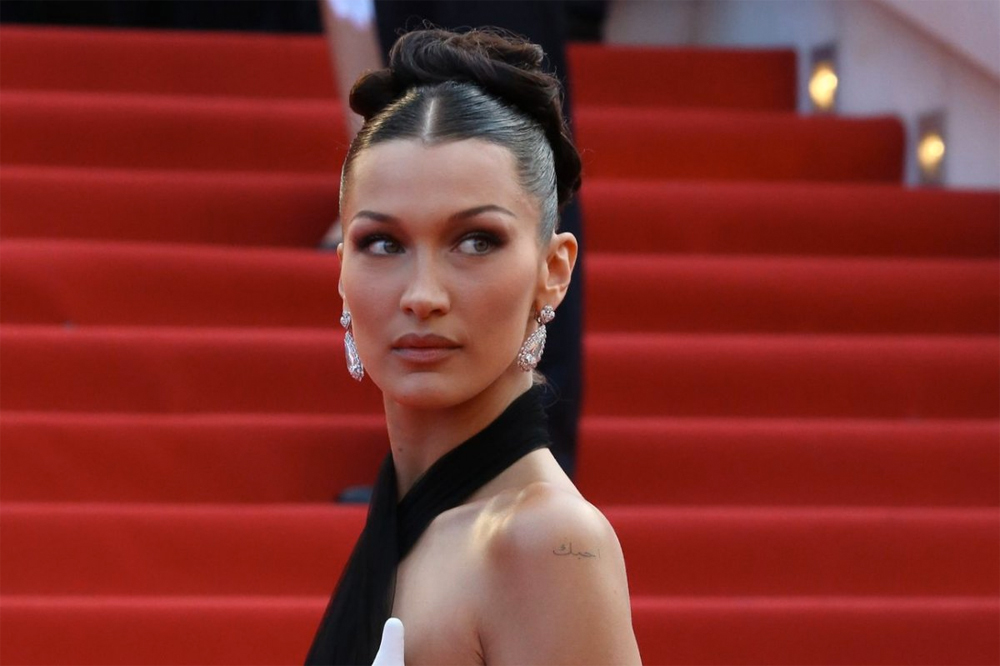 Bella Hadid will be adding ‘actor’ to her accomplished CV. The supermodel, who is known for speaking up about her mental health and being a fashion and beauty influencer, will be joining the cast of Hulu's “Ramy.” Hadid will be a recurring guest star in season three of the Emmy-nominated comedy-drama series. While the 25-year-old has guest-starred in music videos for Jesse Jo Stark and The Weeknd and has appeared as herself in reality TV shows like “Keeping Up With the Kardashians” and “Real Housewives of Beverly Hills,” this is her first credited scripted role.

There haven’t been any specific details about the character she’ll portray yet, but Hadid was excited to share the news on Instagram. The brunette beauty who has appeared on countless magazine covers and runways wrote, "aka the local backgammon tournament best cast, best crew, best show honored & excited."

The move by Hadid doesn’t come as a big surprise as she has dropped hints about her acting ambitions in the past and has mingled with Hollywood’s elite for years now. And “Ramy” is a smart choice for her to kick things off. The popular sitcom seems a natural fit as it is all about telling first-generation stories, something Hadid, who was raised by immigrants, can relate to. The model-of-the moment has a Dutch-born mother and Palestinian father and is a proud Muslim.

“Ramy,” created and executive produced by comedian Ramy Youssef, who also stars in the titular role, follows first-gen Egyptian Ramy Hassan, who is steering a spiritual journey to merge his Muslim faith with his New Jersey lifestyle. In 2020, Youssef nabbed the Golden Globe for Best Actor in a TV Comedy for his role on the show that’s loosely based around his life. “Ramy” was also nominated for two Emmys that same year.

Receiving widespread critical acclaim for its positive portrayal of American Muslims, “Ramy” has previously featured notable guest stars Mahershala Ali, Jake Lacy and Anna Konkle. The show that celebrates the Muslim faith while laying bare several community issues has found a wide audience with millennials of different ethnic and religious backgrounds. They have been able to understand the character's anxiety about his struggles to balance his cultural and religious values with his American millennial ways, his romantic life, career aspirations and overbearing parents.

According to “Variety” the third season delves into the challenges of what it’s like to be caught between a religious group who believes life is a moral trial and millennials who question if an afterlife exists.  "In the third season, his family is forced to confront having lived a life dedicated to worldly concerns — and in some cases, lies — while Ramy all but abandons his spiritual journey, instead dedicating himself to him and his uncle's diamond business,” the synopsis reads.

Hadid joins a host of other high-profile models who have made the crossover from the runway to our TV screens. These include Cara Delevingne, who has starred in “Paper Towns,” “Valerian and the City of a Thousand Planets” and “Suicide Squad,” plus, she will be appearing in season two of “Only Murders in the Building.” Another successful transition comes from Jung Ho-yeon, whose breakout performance in smash hit “Squid Game” recently earned her the SAG Award for Best Performance by a Female Actor in a Drama Series.