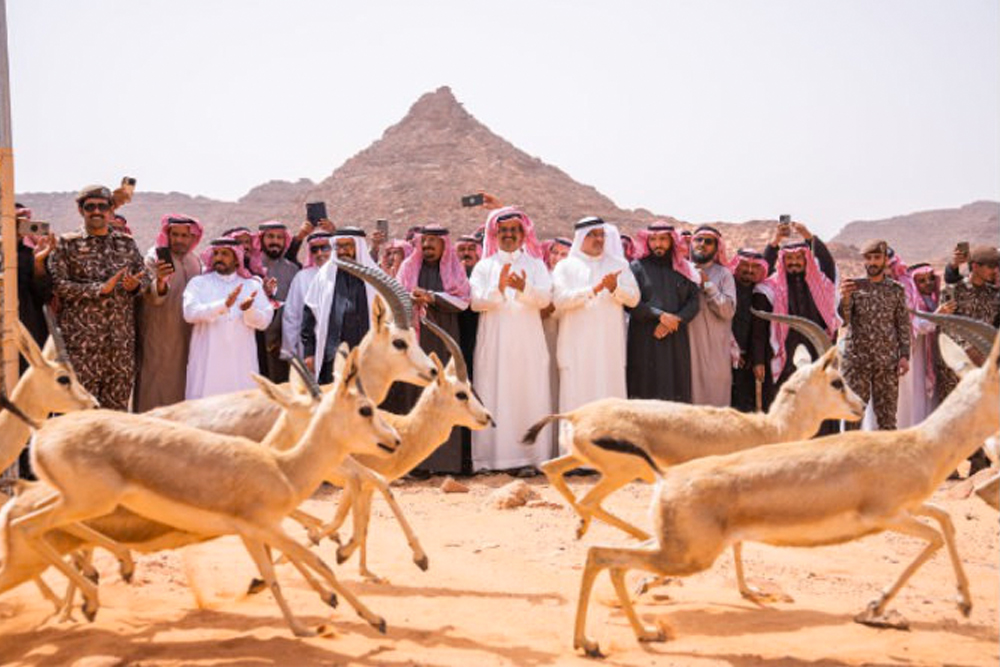 The Saudi National Center for Wildlife released 200 endangered species animals into the wild at Al-Tubaiq nature reserve in the Kingdom's northwest. According to Arab News, the center released 50 Arabian oryxes, 100 Reem antelopes, 30 houbara birds, and 20 mountain ibexes in the reserve, which is one of the three main sections of the 130,700-square-kilometer King Salman Royal Natural Reserve. An NCW program to propagate and resettle local endangered species in natural habitats across the Kingdom organized the release.

The open-environment release of Arabian oryx in the northwest of the Kingdom, which is an ancient natural habitat for the animal, was the first of its type. 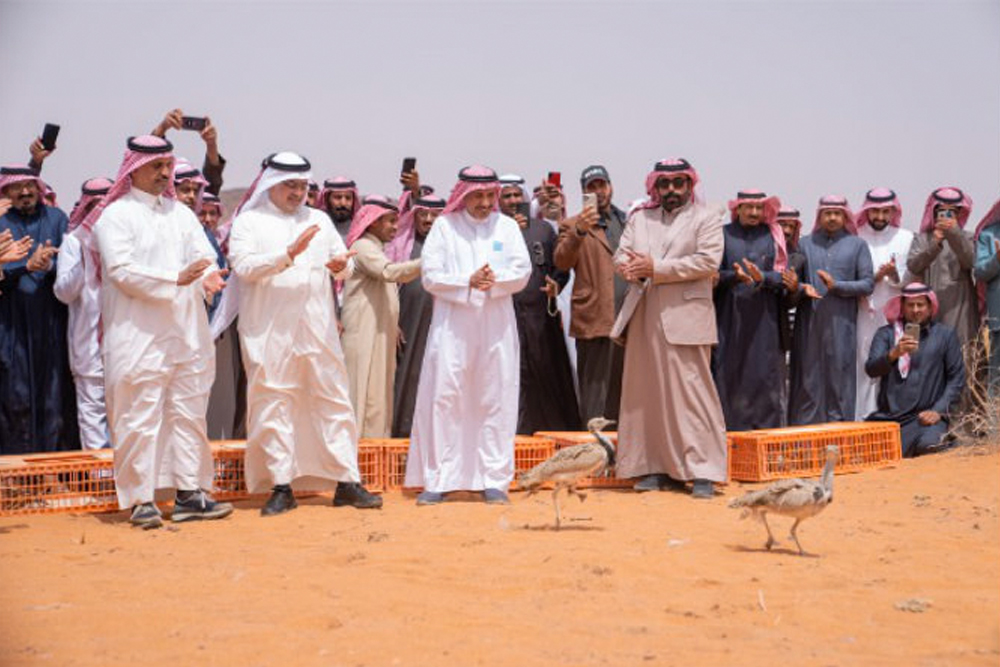 Prince Mutib bin Fahad Al-Faisal, head of the executive committee and advisor to the chairman of the board of directors at KSRNR, Mohammed Qurban, the CEO of NCW, and Abdullah Al-Amer, the CEO of KSRNR, were among those who attended the press conference.

Last year, the center released 785 animals in Kingdom reserves and national parks, with intentions to release over 1,000 this year, according to Qurban.

In Saudi Arabia, there are now 15 nature reserves and plans to conserve another 20 places.
According to reports, the institution is conducting research on antelope and oryx populations in order to aid in the planning of the periodic release of more of the animals into reserves. The center also tracks animals and collects data to document and understand wildlife risks in protected areas, employing cutting-edge technologies to track wildlife and collect data.