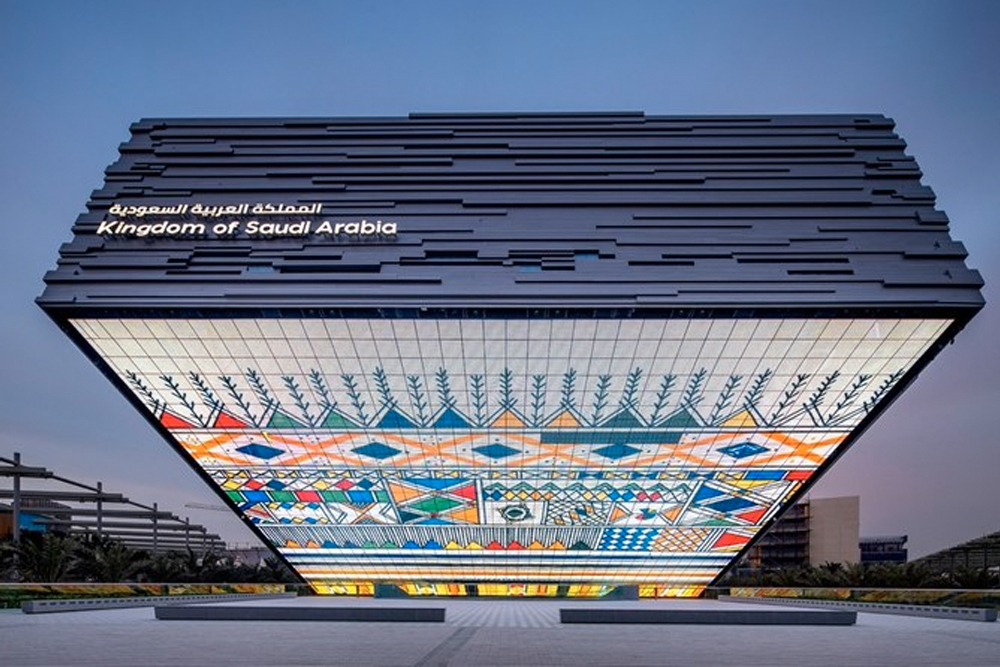 During the magnificent closing ceremony of the Kingdom's pavilion at Expo 2020 Dubai, the Saudi capital kicked off a massive global campaign for its bid to host the Expo 2030 Riyadh.

Saudi Arabia, South Korea, Italy, Ukraine, and Russia are among the five nations that have expressed interest in hosting the 2030 World Expo. On behalf of Crown Prince Mohammed Bin Salman, Deputy Prime Minister, a letter stating Riyadh's decision to bid was sent on Oct. 29, 2021.

The stunning closing ceremony of the Saudi Pavilion marked the end of the Kingdom's successful participation in Expo 2020 Dubai, where millions of tourists learned about Saudi Arabia's rich history, geographical diversity, and cultural diversity.

The Royal Commission for Riyadh City (RCRC) is the Saudi capital's highest authority, in charge of the city's renovation and of Riyadh's bid to host the 2030 World Expo.

According to Saudi Gazette, Fahd Al-Rasheed, CEO of the Royal Commission for Riyadh City, said: "Millions of people who visited the award-winning Saudi pavilion got a glimpse of the future that the Kingdom and its capital are building. Today is just the start of showing what Riyadh has to offer for Expo 2030."

"Saudi Arabia is a young country and Riyadh’s renewal is powered by the energy and relentless ambition of its youth," Al Rasheed added. "The world needs that kind of optimism about the future now more than ever."

The RCRC CEO said the Saudi capital would be more than ready to host the World Expo in 2030. "Riyadh is building one of the world’s largest public transport networks, one of the largest urban parks, a massive urban greening project, and turning the entire city into an open art gallery without walls."

"The impressive footfall at the Saudi pavilion demonstrates the world’s great interest in the Kingdom and the transformation it is undergoing under the leadership of King Salman and Crown Prince Muhammad Bin Salman," Al-Rasheed concluded.