“Exhibitor” Magazine listed the jaw-dropping pavilion among the best-designed exhibitions…. 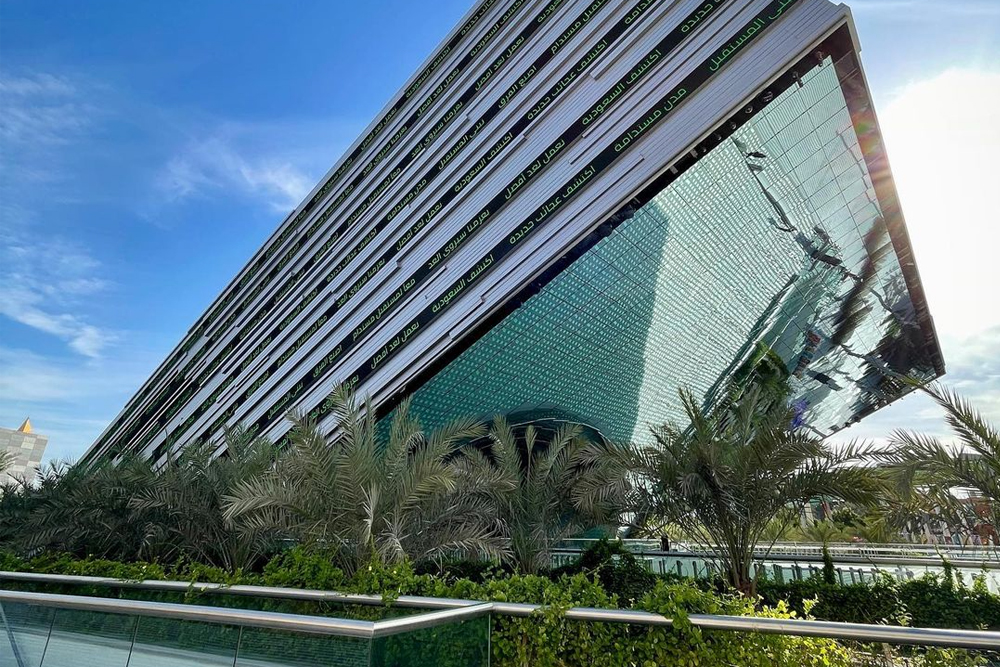 The Saudi pavilion at Expo 2020 recently won an award within the Best Pavilion category, in addition to two other honorary accolades. The Kingdom’s pavilion, which has welcomed a record-breaking four million plus visitors, won the top award in the Large Suites category. Taking visitors along a journey through the country’s past, present and future, the Saudi contribution to the world famous exhibition bagged the two honorary awards for Best Exterior Design and Best Display.

The impressive pavilion earned the nods from “Exhibitor” Magazine, the chief assessor of World Expo fairs. The publication, which has organised the competition for over 30 years, hands out awards during each edition of the mega-event. It publishes the rankings based on the assessment of an international committee that includes design, marketing and events professionals.

As well as being one of the world’s most sustainable designs, the pavilion is the second largest after the host nation’s. While at the streamlined, sloped architectural wonder, visitors can admire work by Saudi artists and go on a fascinating escalator ride, where the latest technology allows them to feel like they’ve been transported to the Kingdom’s must-visit treasures. Famous places, including UNESCO World Heritages Sites like AlUla and Al Balad, Jeddah’s oldest neighbourhood, are highlighted. Plus, of course, there are those utterly beautiful natural hotspots, whether the vibrant underwater world in the Red Sea, the dunes in the Empty Quarter or the mountains of Tabuk.

Expo 2020 Dubai, which comes to an end on March 31, has united192 countries to showcase their cultural heritage and all the best they have to offer. Over 20 million visitors, including football star Messi and members of the British royal family, have been through its gates since it opened in October 2021. While the Expo takes place every five years, this is the first time it has been held in the Middle East.

Did you know?
World Expo, dubbed “the world’s greatest show,” was created in 1851. Originally called the Great Exhibition, the first one was held in London.