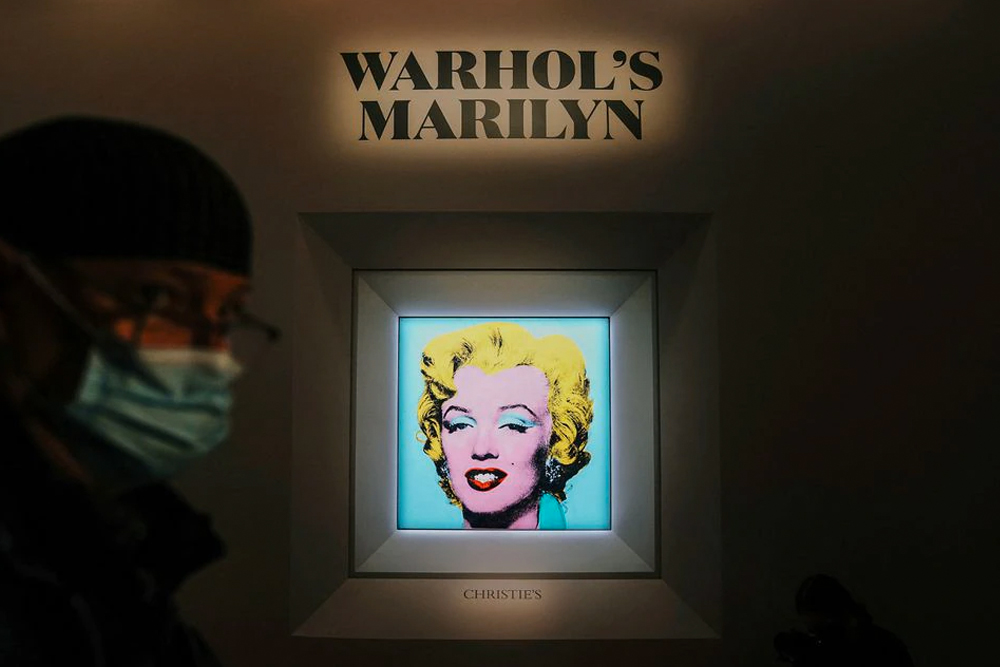 A portrait of actress Marilyn Monroe by 1960s pop icon Andy Warhol will go up for auction in May with an estimated value of $200 million, which would set a record, Christie's announced on Monday.

The work, "Shot Sage Blue Marilyn," "is poised to be the most expensive painting of the 20th century ever sold at auction," said Alex Rotter, Christie's chairman of 20th and 21st century art.

The 1964 likeness of Monroe's face screenprinted with bright yellow hair, a pink face and light blue eyeshadow, is one of five paintings Warhol made of Monroe.

Warhol "used a screening technique on these paintings, on this painting, that he never used again. It was way too complicated, way too involved," said Rotter. 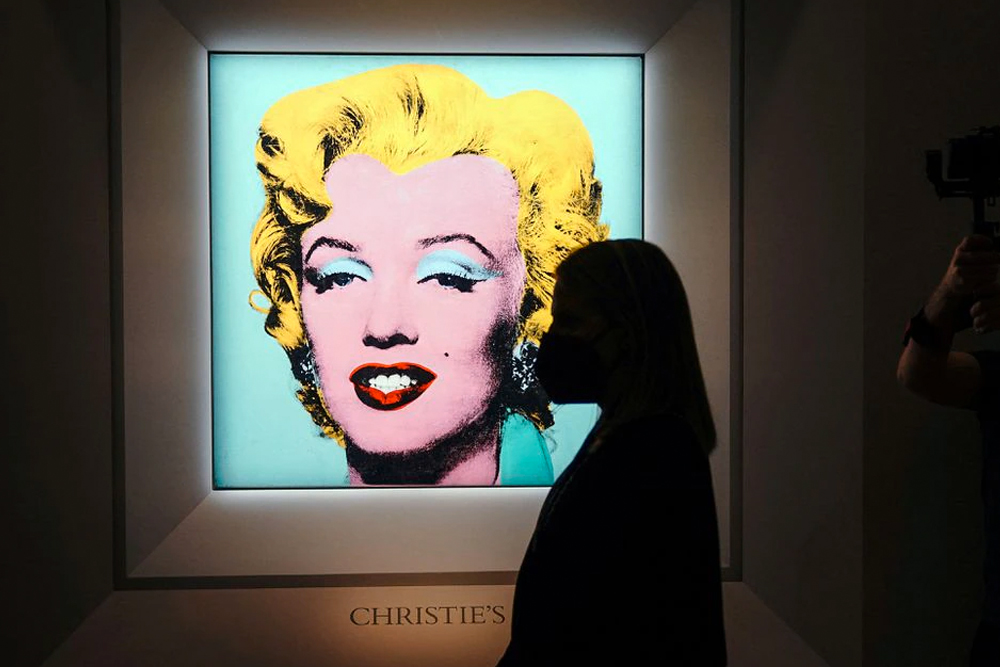 The work comes from the Thomas and Doris Ammann Foundation in Zurich. All the proceeds of the sale will benefit the foundation, which is dedicated to improving the lives of children around the world.

"The sale of this single painting will constitute the highest grossing philanthropic auction since the collection of Peggy and David Rockefeller in 2018," said Christie's American Chairman Marc Porter. 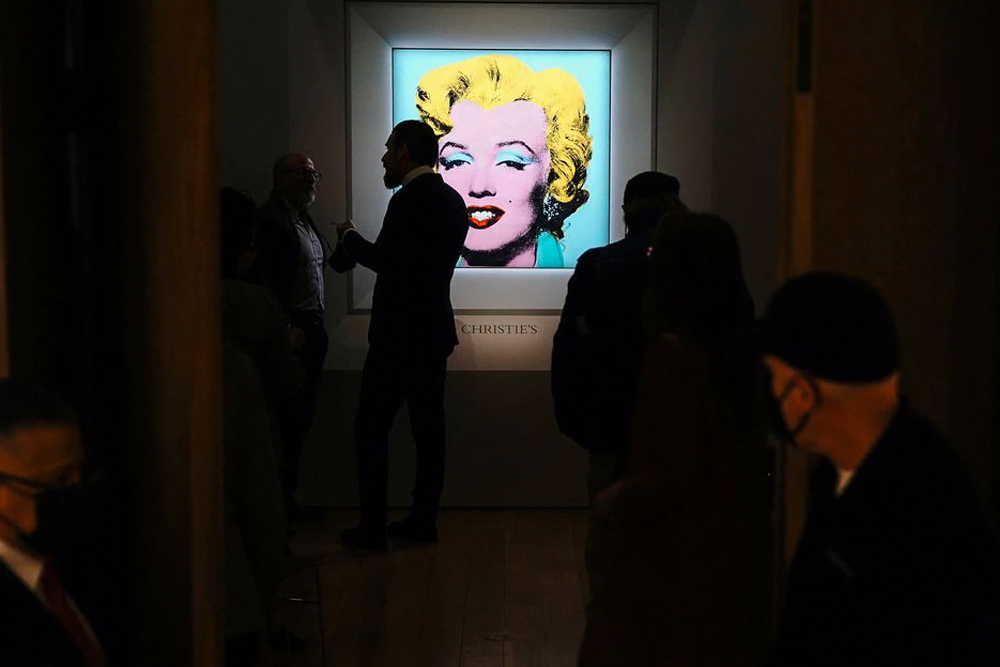 Christie's says the highest price paid for a Warhol was for the painting "Silver Car Crash (Double Disaster)," which sold for $105 million in 2013.