Clooney, who is ranked in legal directories Legal 500 and Chambers and Partners as a top barrister, is described as ‘a brilliant legal mind’ who ‘handles cases of real international importance.’ 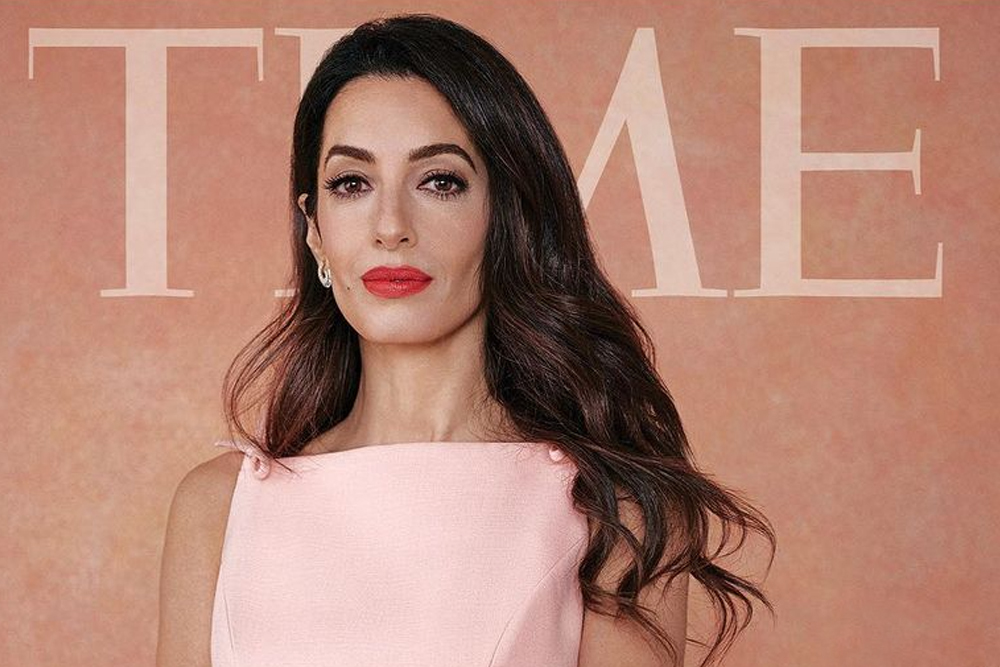 Amal Clooney, a renowned Lebanese-British barrister specialising in international law and human rights, was among 12 women named in “Time” magazine’s first-ever ‘Women of the Year” list. According to the publication, the 2022 list honours women who have transcended “communities, generations and borders to fight for a more inclusive and equitable world.” Some of the amazing women are known for working towards new solutions.

Beirut-born Clooney works in public international law, international criminal law, international and comparative human rights and business and human rights. She has been recognised for her important work, especially with Yazidi victims in Iraq, who have faced ISIS brutalities. The Oxford University and New York University School of Law graduate frequently represents victims of mass atrocities, including genocide and sexual violence. Clooney, a Visiting Professor at Columbia Law School, is well known for her work with Myanmar’s Rohingya, Darfuri victims and representing the republic of Armenia. The key operator who completed a clerkship in The Hague at the International Court of Justice has also worked as a prosecutor at the International Criminal Tribunal for the Former Yugoslavia and the Special Tribunal for Lebanon. Additionally, Clooney, who left Beirut during the civil war, was selected for the UN’s three-member commission to look into the conflicts in the Gaza Strip during the Israel–Gaza conflict.

“You have to have dogged determination,” Clooney, who is married to Hollywood star George Clooney told Maria Ressa during a rare interview. “You’re coming up against people whose power and existence depends on them continuing to commit serious abuses, and they’re not going to give up. So we definitely can’t give up on our side.”

Clooney, who works at Doughty Street Chambers and has joined the London and New York bars, has also represented high-profile clients like Julian Assange and the former Ukrainian and Maldivian leaders Yulia Tymoshenko and Mohamed Nasheed. As well as helping political prisoners, Clooney has made waves while fighting to free arbitrarily detained journalists, including Nobel Peace Prize winner Ressa and three from “Al-Jazeera” who were imprisoned in Egypt. In 2020, Clooney received the Gwen Ifill Award from the Committee to Protect Journalists for “extraordinary and sustained achievement in the cause of press freedom.” The multi-lingual mother-of-two, who has fought for the Elgin Marbles to be returned to Greece, is also the Co-Founder of the Clooney Foundation for Justice. The foundation aims to boost integrity through accountability for human rights abuses around the world.

The new list from “Time” was released before International Women’s Day and the women, who work in different fields, were celebrated at a gala on March 8. The list includes Afghan journalist Zahra Joya. who has continued to tell the stories of Afghan women via Rukhshana Media after fleeing her country when the Taliban took over last year. American singer Kacey Musgraves also made the cut for her exploration of love and heartbreak in her songs. Others include actor and producer Kerry Washington, who has been praised for using her influence to uplift the less empowered and the marginalised, and software engineer Tracy Chou. She created an application to stop online abuse after she experienced it. In addition, health advocate and midwife Jennie Joseph is fighting to put an end to the Black maternal mortality crisis by offering training. Inaugural poet Amanda Gorman, Olympic champion Allyson Felix and Nasdaq Chief Executive Officer Adena Friedman were also included for their incredible work. Civil rights lawyer Sherrilyn Ifil, trans actor Michaela Jaé Rodriguez and social entrepreneur Amanda Nguyen make up the rest of the impressive list.