And gets a world record for it! 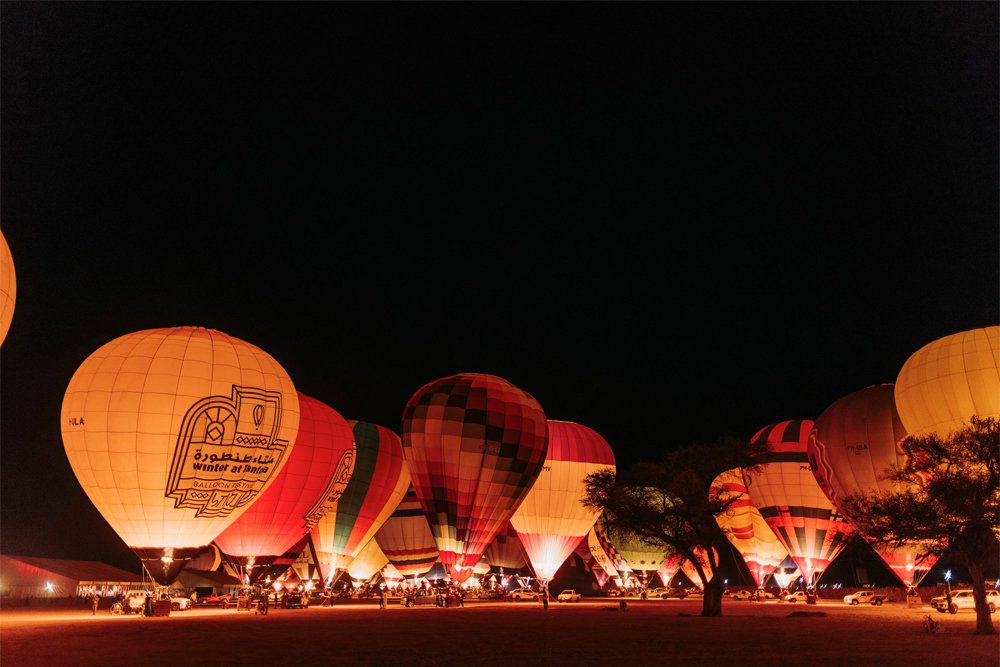 Mostly famous for over 100 ancient carved Nabataean tombs, that have inscriptions and symbols on them, have survived over 2000 years, the site is where ancient civilizations rose and fell and left behind a wealth of history for the kingdom.

As part of the #AlUlaSkiesFestival and in partnership with @RCU_SA, we broke the #GuinnessWorldRecords title for the World’s Largest Hot Air Balloon Glow Show! A total of 142 #AlUlaHotAirBalloons brightened the skies of #AlUla and illuminated its desert landscape. pic.twitter.com/TOcZiMRQif

For the ultimate Hot Air Balloon Glow Show close to the historical site, 142 brightly lit balloons were launched in sequence for the show that created a spectacle in the sky, illuminating the rocky desert below. This will be the second time that Al Ula has obtained this record as it was achieved there in 2019 for the Winter at Tantora festival with 100 balloons.

Following the spectacular glow show, the Royal Commission for Al Ula (RCU) and the Saudi Arabian Ballooning Federation (SAHAB) signed an agreement on the 1st of March 2022, making Al Ula the capital for hot-air ballooning activities in the kingdom.

The 142 balloon event was part of Al Ula Skies, a new festival in the AlUla Moments event calendar and included sunrise and sunset balloon experiences where around 150 balloons took to the skies above the ancient sites each day. Al Ula Moments winter calendar offered a plethora of experiences including, arts, music and culture that also educated visitors about the ancient site and the civilizations that once lived there.